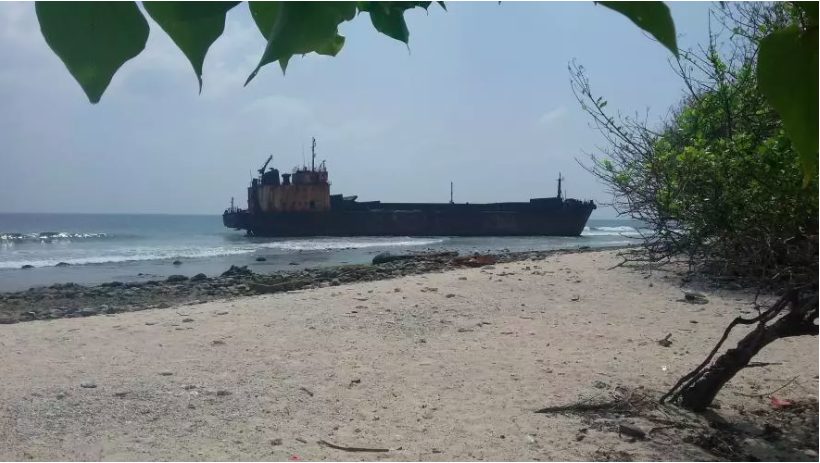 AT the heart of the shock therapy meted out to Lakshadweep islands in the midst of the COVID-19 pandemic, lies the controversial Town and Country Planning Draft Regulations 2021.  As part of the slew of draft policies, these regulations are not only aimed at concentrating power in the hands of the Administrator of the India’s smallest Union territory, a position occupied by Prime Minister Narendra Modi’s close confidante Praful Khodabhai Patel, but also have the potential of alienating the local population from the traditional land rights that they have enjoyed for generations.

The timing of inviting public consultations for the draft policy raises suspicion. The document was uploaded on the website of the Lakshadweep administration on April 28, at a time when most of the country was under the deadly grip of the second wave of the pandemic, with daily positive cases breaching the four-lakh mark.

“As per provisions of the draft regulations, the Administrator will be the absolute authority in all matters related to town and country planning, including appointment of the Chief Town Planner, members of the Planning and Development Authority and declaration of planning areas and obsolete areas in the islands. The Administrator is further empowered to make any rules and will also have absolute powers to perform any action under these regulations,” said Faseela Ibrahim, a lawyer based in Minicoy Island of Lakshadweep.

Concentration of power in the Administrator

Section 2 (12) of the regulations clearly state that “Government” means “the Administrator of the Union Territory appointed by the President under article 239 of the Constitution”.

The Planning and Development Authority, a body which is sought to be constituted for planned development of the archipelago in accordance with the draft regulations, is likely to be skewed in favour of the government. Chapter III of the draft regulations provides the Administrator with the sole discretion to appoint its Chairperson, its Chief Town Planner and the three expert members on its board.

As far as the appointment of public representatives to the Planning and Development Authority is concerned, the Administrator again wields supreme power. In cases where more than one local self-governing bodies exist within a particular area earmarked as a ‘planning area’, the Administrator has the sole prerogative to decide as to which of those bodies can send a representative as a member to the Authority.

Which will be the ‘planning areas’ in Lakshadweep?

The Administrator has the power to earmark any portion of the islands as a ‘planning area’ other than Cantonment Areas, which belong to the Defence Ministry. But the regulations contain no word about the fate that will befall infrastructure – houses, schools, hospitals, commercial establishments – already existing within the ‘planning areas’.

Section 6 of Chapter III further bestows powers upon the Administrator to subsequently withdraw any portion of land from a notified ‘planning area’.

How does the government plan to carry out developmental activities in these ‘planning areas’ that have traditionally been habitations of the local population?

The government, through the Planning and Development Authority, can displace local population from their houses and landed properties by declaring any part of the islands as ‘obsolete’ or having ‘bad layout’.

As per Section 2 (29): “Re-location of population’ means in relation to an area of bad lay-out or obsolete development or a slum area, the making available, in that area or elsewhere, of accommodation, for residential purposes or for carrying on business or other activities, together with amenities, to persons living or carrying on business or other activities in the said area who have to be so accommodated so that the said area may be properly planned.”

The process of alienation of local population will not end at this!

Section 33 lays down that all activities in the island should confirm with the Development Plan for the islands (which will be devised by the Planning and Development Authority) from the date on which it is notified. Any activity contrary to this plan – even if it is as basic as construction of a dwelling unit – can be undertaken by an islander only with ‘permission’ from the Planning and Development Authority (PDA). The ‘permission’, further, will be given only after paying a certain fee.

But an islander cannot expect to live happily ever thereafter!

The validity of the ‘permission’ has to be renewed every three years. The PDA has the sole prerogative to decide whether or not to extend the validity. This cycle will be repeated ad infinitum. Section 41 also confers power upon the PDA to revoke ‘permission’ at will.

Further, anyone found deviating from these rules will be penalised heavily. A fine of Rs 2 lakh will be imposed if any islander is found to be carrying out any activity contrary to the scheme of development with provisions for additional penalty of Rs 20,000 per day till the date that the violation is rectified.

But no peace can be guaranteed for an islander even if validity after the ‘permission’ has been extended and the penalties have been duly paid. Section 27 calls for a survey of the Development Plan at least once every 10 years. The government can alter the original plan if it deems fit after conducting the survey.

“The draft regulations are unconstitutional and undemocratic since these are directly detrimental to the interests of the local population. The government’s argument is that the islands will be beautified, like Maldives, but this cannot be done at the cost of displacing the local population,” said Hamdullah Sayeed, former Congress member of Parliament from Lakshadweep.

Yet another section of the draft regulations arbitrarily empowers the government to evict people from their properties if it feels that these people are not entitled to occupy the property within the scheme of the development plan.

As per Section 72: “On and after the day on which a final scheme comes into force, any person continuing to occupy any land which he is not entitled to occupy under the final scheme may, in accordance with the prescribed procedure, be summarily evicted by the Planning and Development Authority or any of its officers authorized in that behalf by that Authority”

If there happens to be any impediment in its way, the district administration is empowered to “enforce the eviction of such person or secure delivery of possession of the land to the Planning and Development Authority.”

Again, under Section 58, the PDA is empowered to take over any land if it feels it is necessary for the planned development of the islands – even ‘forcibly’ – after serving a notice period of 30 days. But islanders cannot sue the PDA against injustices meted out to them. The draft regulations provide the PDA with immunity from legal proceedings against any work undertaken by it “in good faith” for the development of the islands.

The planned development of Lakshadweep has apparently been mooted for economic growth. The regulations talk of mining and quarrying activities, apparently to extract precious mineral resources lying unexplored under the islands for thousands of years or more.

As per Section 2 (29): “’development’ with its grammatical variations and cognate expressions, means the carrying out of building, engineering, mining, quarrying or other operations in, on, over or under, land, the cutting of a hill or any portion there of or the making of any material change in any building or land, or in the use of any building or land, and includes sub-division of any land” (emphasis added)

Further, Section 17 mentions prospective development of national highways, arterial roads, ring roads, major streets, railways, tramways, airports and canals in the islands. It is a matter of common knowledge that such infrastructure facilities can be developed only after large-scale acquisition of land which will, in turn, not only lead to displacement of the local population but also loss of livelihoods. Further, what will be the effect of this development on the ecologically fragile islands, none of which have an area exceeding 4 square kilometres?

“What the Union Territory of Lakshadweep actually needs is a management plan for protection of its ecology along with ensuring the livelihood of the local population. This set of regulations is a mere copy-and-paste job from existing laws of other states. It has been put in place without application of mind,” said Debi Goenka, Executive Trustee of Conservation Action Trust, a non-profit organisation involved in conservation of wildlife and environment.

Goenka’s observation that this is a mere ‘copy-and-paste job’ is vindicated upon perusing the section of the draft regulations that defines “agriculture” as activities including “breeding and keeping of livestock including cattle, horses, donkeys, mules, pigs, fish, poultry and bees”. As per locals, never have horses, donkeys, mules and bees been bred upon the islands in its centuries-old history!

But did the government conduct a feasibility study to assess if at all a Maldivian-style tourism industry can be imposed upon Lakshadweep in the backdrop of its unique geographical and socio-cultural characteristics? The total area of the Maldives is around 298 sq km, as compared to Lakshadweep, which has an area of 32 sq km. The Maldives has a total population of 5.5 lakh as compared to Lakshadweep, which has roughly 64,000 inhabitants.

A query was sent on behalf of NewsClick to the Administrator as well as the District Magistrate of Lakshadweep asking, amongst other questions, as to whether a pre-legislative consultation or a feasibility study was conducted before formulating the Town and Country Planning Regulations. No response had been received to the query at the time that this article was published. The article will be updated as and when any response is received.

Meanwhile, a Public Interest Litigation has been filed in the Kerala High Court demanding fresh public consultations before finalisation of the draft regulations on the basis of the allegation that pre-legislative consultations for the draft rules were never conducted.

It remains to be seen how far the Central government is successful in imposing the drastic reforms from above upon a centuries-old socio-economic network of traditional ties that is prevalent in Lakshadweep.

As per activists, other reforms that are being simultaneously unleashed upon Lakshadweep, including the Goonda Act (Lakshadweep Prevention of Anti-Social Activities Regulation, 2021), which will allow the government to arbitrarily detain people for as many as 12 months, or the proposed beef ban (Lakshadweep Animal Preservation Regulation, 2021) could be veneers behind which corporate takeover of the islands can easily take place.

The aforementioned policies were notified for public consultation one after the other, in January and February, respectively, this year, well before the Town and Country Planning Draft Regulations were uploaded in the public domain.  Not surprisingly, there has been strong resentment to the reforms from the local population itself.

“The scheme of (Narendra) Modi government in attempting a socio-economic makeover of Lakshadweep is not only aimed at bringing about sweeping changes to the Muslim-dominated Union Territory in order to create a new conflict zone down south for reaping political dividends, but more so to hand over pristine islands of the archipelago to corporate entities for their commercial exploitation,” said Rajendra Ravi, National Convener of the National Alliance of People’s Movements.

The writer is an independent journalist. The views are personal.