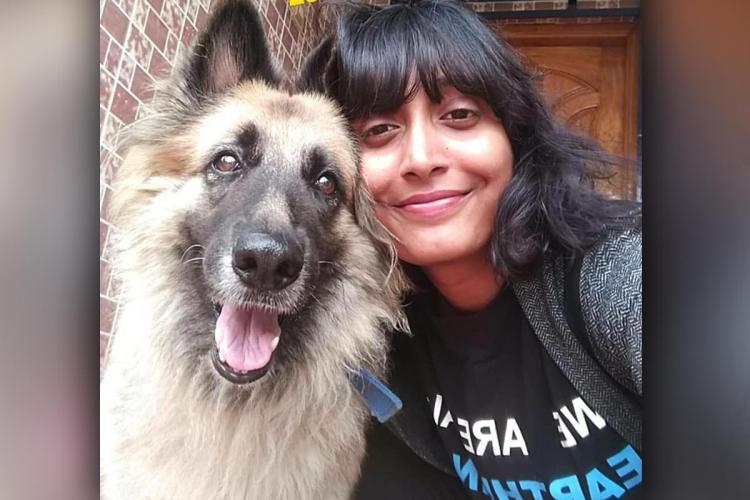 Twenty-two-year-old climate activist Disha Ravi was arrested on Saturday, February 13, by the ‘Cyber Cell’ of the Delhi police, from her residence in Bengaluru. The following day, she was taken to New Delhi and remanded to the custody of the police for five days by the duty magistrate of the Patiala House court in New Delhi.

The Delhi police stated that Ravi was listed as an editor on the ‘Google Doc’ where the toolkit was drafted and described Ravi as a “key conspirator in the document’s formulation and dissemination”. Earlier, the police also alleged that this toolkit had links to Khalistan.

Disha Ravi, arrested by CyPAD Delhi Police, is an Editor of the Toolkit Google Doc & key conspirator in document's formulation & dissemination. She started WhatsApp Group & collaborated to make the Toolkit doc. She worked closely with them to draft the Doc. @PMOIndia @HMOIndia https://t.co/e8QGkyDIVv

Circumstances surrounding her arrest have caused an uproar throughout the country with numerous organisations and individuals speaking out against the act.

A statement by the Coalition for Environmental Justice in India and other concerned civil society activists and citizens detailed Ravi’s movement from Delhi to Bengaluru without the disclosure of her whereabouts, even to her family, and termed it “extra-judicial abduction”.

“This action against an individual without following the due process of law, and in clear violation of norms for arrests and detentions laid down by the Supreme Court, reflects absolute contempt for constitutional principles.” Read the statement. It went on to describe the actions of the government as diversionary tactics to draw attention away from the situation in the country with regards to the economy, unemployment, and the state of the environment.

The statement concluded by pledging support for the youth of the nation engaged in social justice and holding authorities accountable while at the same time, chastising the government for “traumatising and terrorising” these individuals.

The actions of the Delhi police are being widely regarded as an attack against democracy. This included several environmental, youth-based collectives, members of opposition parties such as former Environment Minister Jairam Ramesh and Delhi Chief Minister Arvind Kejriwal, and noted public-interest lawyer Prashant Bhushan.

Arrest of 21 yr old Disha Ravi is an unprecedented attack on Democracy. Supporting our farmers is not a crime.

According to police, the "toolkit"mentions "digital strike through hashtags on or before January 26, tweet storms on January 23 onwards, physical action on January 26 and watch-out or join farmers march into Delhi&back to borders" 21yr DishaRavi's crime!https://t.co/L7s2j3XOtO

The specifics of the arrest were also pulled up by senior advocate Rebecca John, describing the conduct of the duty magistrate in the case as a “shocking abdication of judicial duties”.

Expressing her views on Facebook, John took particular objection to Ravi’s lack of legal representation, noting that, “If the accused was not being represented by counsel at the time of the hearing, the magistrate should have waited till her counsel arrived or in the alternate, provided her with legal aid.” John also questioned why Ravi was taken directly to Delhi, asking, “Did the magistrate ask the Special cell why she was being produced directly from Bangalore without a transit remand from Bangalore courts”. Additionally, the senior advocate noted that the duty magistrate should only have sent Ravi into police custody for one day for the regular court to take up the matter on the following day. “Duty magistrates should never send an accused to 5 days PC (Police Custody),” John noted.

The Campaign for Judicial Accountability and Reforms, where Bhushan serves as a convener, also released a statement. Titled, ‘Statement condemning the illegal arrest of Disha Ravi’, the post saw the Delhi Police’s failure to follow guidelines as, “an attempt to criminalize dissent and protest”.

The statement echoed John’s objections to Ravi being brought to Delhi, noting that the duty magistrate at the Patiala House court where Ravi was produced was, “by no means the ‘nearest magistrate’ as required by Clause (2) of Article 22. It also made the same point of Ravi being denied the opportunity to seek legal counsel.

The statement goes on the describe the police’s action as, “making a complete mockery of ‘procedure established by law’”, concluding with a call for Ravi’s immediate release, recommending disciplinary action be taken against the complicit officers and the duty magistrate and a plea for judicial authorities to, “properly sensitize and train magistrates in the performance of their constitutional duties.”

Indian officials have arrested another young female activist, 21 yo Disha Ravi, because she posted a social media toolkit on how to support the farmers' protest. Read this thread about the sequence of events and ask why activists are being targeted and silenced by the government. https://t.co/ycUgDEqwdF

In terms of global support, Ravi’s case was also highlighted by Meena Harris, American lawyer and niece of the U.S. Vice-President Kamala Harris. Harris took to Twitter to highlight the issue.

Meanwhile, lawyer and activist Nikita Jacob has moved a petition before the Bombay High Court apprehending arrest pursuant to the same FIR. Jacob has submitted that under the guise of investigation she might be arrested in a false and frivolous case even though she has not committed any crime.

Jacob has sought transit anticipatory bail for a period of 4 weeks and protection from any coercive action pending her plea.

The High Court will consider her plea tomorrow.

Earlier, the Delhi police obtained a non-bailable warrant against Jacob.

(Siddharth Ganguly is a final year journalism student at the Symbiosis Institute of Media and Communication, Pune and is an intern with The Leaflet.)