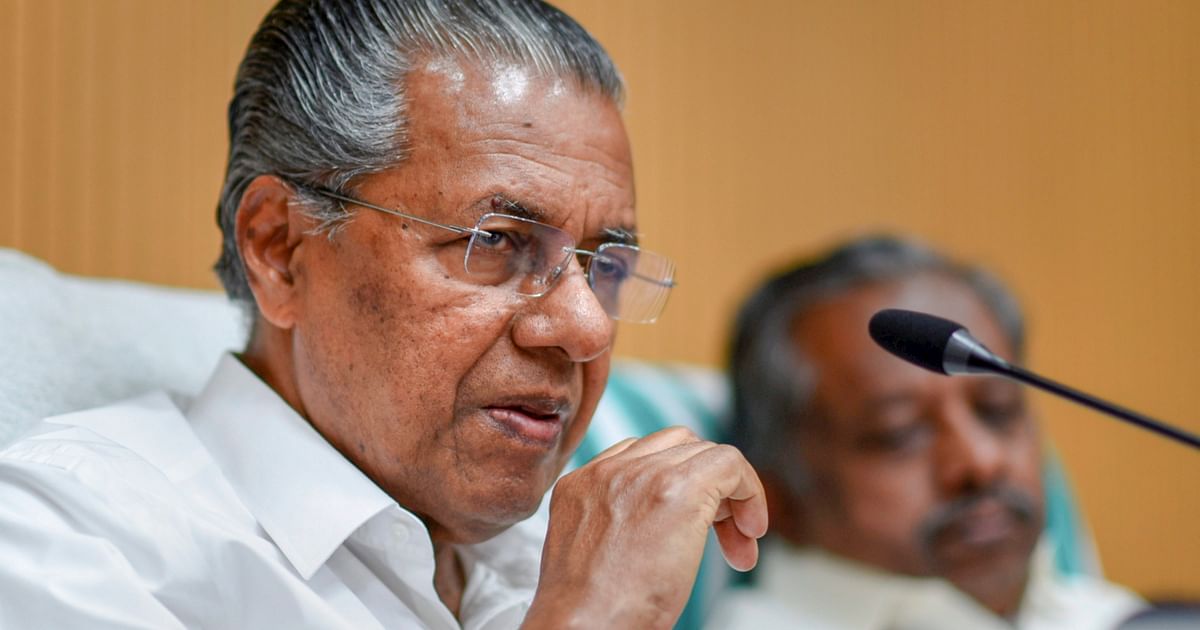 Are Central Probe Agencies Tightening the Screws on Kerala CM?

Even as Kerala assembly elections near, various central probing agencies are summoning officials and giving out leaks against Chief Minister Pinarayi Vijayan, especially in the gold and dollar smuggling case. And after Finance Minister Nirmala Sitharaman’s visit to the state, these have intensified, leading Pinarayi to write to the EC, complaining that the Model Code of Conduct was being “torpedoed” by some central ministers. Will the BJP be able to make inroads into the southern state in this manner, asks REJIMON KUTTAPPAN reporting from Thiruvananthapuram.

CENTRAL probe agencies have quoted “shocking” revelations about Kerala Chief Minister Pinarayi Vijayan and summoning state officials, thereby putting the ruling CPM on the backfoot at a time when the assembly elections are round the corner.

IS THE CM COMPROMISED?

Quoting Swapna Suresh, prime accused in the UAE-India gold and dollar smuggling case, a senior customs official said in the Kerala High Court that dollars were smuggled at the behest of Vijayan and Speaker P Sreeramakrishnan. Sumit Kumar, Customs Commissioner at Kochi, said in a statement that “Swapna has stated with clarity about the smuggling of foreign currency at the instance of the CM and the Speaker with the help of the Consulate”.

The statement adds: “She has also clearly stated about the improper and illegal activities of three ministers of the state cabinet. She has further stated about the involvement and the kickbacks received by high-profile persons from various deals.”

Quoting Swapna Suresh, prime accused in the UAE-India gold and dollar smuggling case, a senior customs official said in the Kerala High Court that dollars were smuggled at the behest of Vijayan and Speaker P Sreeramakrishnan.

Swapna was arrested on September 3, 2020, and since then, she is in jail as different probe agencies are investigation this smuggling case. Last year, on July 1, some 30 kg of gold weighing 70 kg was concealed in cargo and sent from the UAE to Kerala through diplomatic channels. The cargo was addressed to UAE Consulate Admin Attaché Rashid Al Shemeli and was seized by customs officials. It was opened with the approval of the ministry of external affairs.

The dollar case relates to the alleged smuggling of $ 1,90,000 (equivalent to Rs 1.30 crore) by a former finance head of the UAE Consulate in Thiruvananthapuram to Muscat in Oman.

Following the seizure, Swapna, who was working with Space Park, an entity under the IT department; her accomplice Sarith PS, a former PRO with the UAE Consulate and Sandeep Nair, a Thiruvananthapuram-based businessman, were arrested. In addition, a dozen others were taken into custody by different probe agencies, including the National Investigation Agency as they saw terror links in the case. When the probe was initiated, senior Arab officials at the UAE embassy had left India.

Swapna had admitted to probe agencies that they had smuggled gold 21 times between November 2019 and June 2020 through diplomatic channels and even did two trial runs in June 2019. In all, around 166 kg gold was smuggled to Kerala, she claimed.

Swapna had admitted to probe agencies that they had smuggled gold 21 times between November 2019 and June 2020 through diplomatic channels and even did two trial runs in June 2019. In all, around 166 kg gold was smuggled to Kerala, she claimed.

M Shivasankar, former principal secretary to the Kerala CM and IT secretary, was also arrested in October 2020 in connection with the case and released in February 2021. The probe agencies claimed that Shivasankar was aware of the gold smuggling, shared a bank locker with Swapna and was involved in the dollar smuggling. Swapna was working with Shivasankar then.

Following the gold seizure in July 2020, the CM had sent a letter to the Indian government inviting probe agencies. https://indianexpress.com/article/india/kerala-gold-smuggling-cm-pinarayi-vijayan-writes-to-pm-modi-for-immediate-intervention-into-case-6496438/

However, when the agencies started making arrests, summoning officials and asking for files in December 2020, Vijayan wrote to the  government alleging that they were trying to tarnish the image of the state. He alleged that even after five months since the seizure of the smuggled gold, neither the course nor the end utilisation of the smuggled gold had been found. He alleged that the agencies’ “roving and fishing expeditions” would hamper the government’s development activities and lead to a loss of the agencies’ credibility. https://www.newindianexpress.com/states/kerala/2020/dec/18/agencies-fishing-roving-inquiries-hampering-devpt-kerala-cm-writes-to-pm-2237701.html

Meanwhile, the CPM issued a statement saying that “the customs affidavit just shows that the BJP has lost its mental balance” with the realisation that the Left government would continue in office. “Those indulging in such third-rated activities shouldn’t forget that this is Kerala. The chief minister and the Left government hold a special place in the minds of the people. This has provoked the BJP. The central government is now ready to resort to any means. Central agencies have become mere campaign tools of those ruling at the Centre,” the statement added.

The “purpose of the customs’ statement as the elections near is evident. This amounts to a violation of rules and misuse of probe agencies,” the statement said. Party members will take out protest marches to customs offices in Thiruvananthapuram, Kochi and Kozhikode, it added.

The assembly polls are scheduled to be held on April 6. Union Finance Minister Nirmala Sitharaman visited Kerala recently to participate in a political rally organised by Kerala BJP. After she left Kerala, the Enforcement Department (ED) issued notices to senior officials of the Kerala Infrastructure Investment Fund Board (KIIFB). KIIFB is a corporate body set up by the state government to channelise funds for development projects. However, the Vijayan government revised its functions and issued Masala bonds to it to raise Rs 2,150 crore to tap investors in the offshore rupee international bond market in 2019.

Last month, the Comptroller Auditor and General in Kerala said that KIIFB’s Masala bonds were unconstitutional. And now, the ED has summoned KIIFB officials over the same issue.

At the political rally, Sitharaman said that she does not understand the Kerala budget model. “I don’t know what budget-making this is when all the money is given to one KIIFB. What is this organisation? We also make a budget in the Union government. We don’t give all money to one particular agency and say, ‘We’ll see’.”

Isaac said that the ED filing a case against KIIFB “is a cheap poll-time gimmick. The ED was cooking up stories without even understanding the KIIFB. Union finance minister Nirmala Sitharaman was using central agencies to target the state,” he said. He also posted on his FB that “ED has harassed a KIIFB woman officer who was summoned for questioning”. https://www.facebook.com/thomasisaaq/photos/a.210357065647109/4427012700648170/

Kerala Finance Minister Dr. Thomas Isaac said that the ED filing a case against KIIFB “is a cheap poll-time gimmick. The ED was cooking up stories without even understanding the KIIFB. Union finance minister Nirmala Sitharaman was using central agencies to target the state,” he said.

Meanwhile, Pinarayi wrote to the Election Commission complaining that the Model Code of Conduct in the state was being “torpedoed” by some central ministers.

In an unrelated case but part of the ongoing raids in Kerala, the Income Tax department, it is believed, attached a 2,000-acre Cheruvally Estate of the Believers Church. The Kerala government had been eyeing this land for building an airport for Sabarimala pilgrims. With the attachment of the land by the IT department, this has put paid to the state government’s airport plans.

In 2017, the Kerala government went ahead with the Sabarimala airport project and entrusted Louis Berger, an American company, to do the feasibility study. Believers Church claims that it bought the land from Harrisons Malayalam, an agricultural business corporation.

However, Susheela Bhatt, former government pleader, told The Leaflet that the government was trying to help Believers Church. “When I was the government pleader, a single bench of the Kerala High Court had given a verdict stating that the land belongs to the state government. I fought the case and won. However, I was removed from the post. After that, the Believers Church appealed, and they got a favourable verdict from a division bench. The government didn’t put forward its points. I strongly believe that they didn’t want to win the case then,” she said.

Interestingly, in 2017, Vijayan had stated in a written reply in the assembly that Cheruvally Estate was government land. Since November 2020, the IT department and ED were probing revenue details of Believers Church which comes under the Gospel for Asia, which, incidentally, is headed by famed Pentecostal Priest KP Yohanan. In November, the IT Department launched search operations across 66 of its premises in Kerala, Tamil Nadu, West Bengal, Karnataka, Chandigarh, Punjab and Telangana.

So Kerala is now feeling the heat from these probing agencies.

(Rejimon Kuttappan is a migrant rights researcher, multi-media journalist and author based in Thiruvananthapuram.)