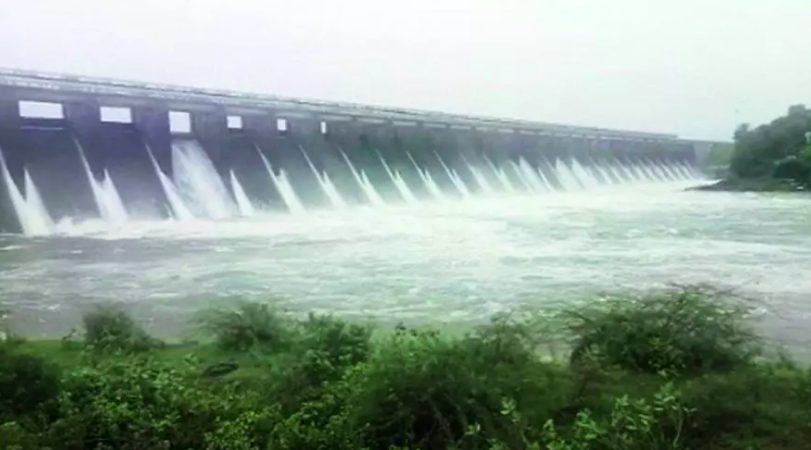 The Bihar government has ignored the recommendations of the Expert Appraisal Committee (EAC) as a fresh term of reference for pre–construction activities of the Dagmara multipurpose hydropower project and moved ahead with the project.

The much-hyped project will build the state’s biggest hydroelectric power generation plant over Kosi river in Supaul district of Bihar. However, local activists in the flood–prone Koshi region have expressed serious concerns over the government’s decision to go ahead with the project without caring to provide solutions to the recommendations of the EAC for the project.

The activists said that the EAC has pointed out the need to re-work the project’s economic viability before carrying out pre-construction activities for the environment impact assessment (EIA) because the likely submergence area is huge.The EAC has also stressed the need of satisfactory rehabilitation of people as the number of project–affected families is large.

In the name of promoting green energy, the Bihar government signed a Memorandum of Understanding (MoU) with the National Hydroelectric Power Corporation Limited (NHPC) for setting up the Dagmara plant on June 14. At the time of signing the MOU, none other than the Union Minister of State for Power and New and Renewable Energy, RK Singh, claimed that the project would contribute immensely to India’s mission for energy transition towards lesser use of fossil fuel. “About Rs 2,500 crore investment will create immense opportunities for generating both direct and indirect employment in Bihar,” he added.

As per official data, the total generation capacity of the project will be 130.1 MW, which will comprise two powerhouses. The barrage length would be 753 metres and it would have 36 gates. Dagmara would be the state’s biggest hydroelectric project that will come up 31 km downstream on Kosi river under Bhaptiyahi block in Supaul.

Meanwhile, senior officials of the state energy department are reluctant to share anything related to the serious questions raised by the EAC while officials of Bihar Renewable Energy Development Agency (BREDA) refused to say anything on the matter.

However, activists, who raised the issues as stated a few years ago by the EAC, said, “Our concern is simple — it is what the government has done in relation to the recommendations by the EAC. It appears that the government has ignored their recommendations and moved ahead to set up the project,” said Mahender Yadav, founder convenor of Koshi Navnirman Manch, a people’s organisation .

Mahender told Newsclick from Supaul on Tuesday that the government’s decision to go ahead with setting up of the project without solving the serious issues expressed by the EAC was “like a death warrant for people of Koshi region.”

Another activist Ranjeev, a river expert, said the run–of–the–river hydroelectric projects were not successful anywhere, and it was unlikely that it would be successful in Koshi river. “In the name of development, this is another move to hit the normal flow of the river. The government has not learnt a lesson from the past experiences of different development projects on Koshi. This new one is a contractor driven project for loot of public money,” Ranjeev told Newsclick.
According to the minutes of the 61st meeting of the EAC for River Valley and
Hydropower Projects held in 2012 in Delhi, the committee stated that after critical examinations, it recommended clearance for pre-construction activities and put in fresh terms of reference. The EAC members expressed concern on the sharp constriction of the 10 Km wide river to only 1 Km wide barrage, when the river is prone to extensive avulsion. The hydraulic viability or stability of the sharply contracting left and right earthen guide bunds is a matter of concern. Severe scour and parallel flow might adversely affect the barrage, which need to be studied in a comprehensive physical and analytical model. The orientation of the leading channel to the power house separated by three curve divide walls to exclude silt may lead to parallel flow as well as scour shoal in the upstream pond. The river behaviour from the existing Bhimnagar barrage jacketed by 31 Km long embankments needs critical study for successful operation of the barrage.

The EAC has made it clear that for a capacity of 130 MW power generation, the submergence is huge and the project proponent may consider it appropriate to re-work its economic viability before carrying out pre-construction activities for EIA. The number of project affected families is large; an R&R Plan has to be formulated in detail and also a separate Social Impact Study to be prepared for project affected families (PAF). R&R Plan (land for land) or any other arrangement for satisfactory rehabilitation of PAFs needs to be clarified.

The committee further said that a study highlighting the land-use pattern of the submergence area under various seasons should be conducted. This study should be undertaken using satellite data for various seasons.

The EAC also recommended that a study be carried out for silt management and flushing through under sluices of the existing Bhimnagar barrage concurrently with the proposed Dagmara barrage. “Kosi being a turbulent river has more silt as compared to other rivers. During floods, huge quantities of sediments will enter the power house. Unless the turbine manufacturer guarantees the safety of the low head turbines, acute problem of maintenance of the turbines apprehended,” the meeting reports said.

The committee also suggested exploring the possibility of providing a powerhouse as an integral part of the existing Kosi barrage at Bhimnagar, which will avoid large submergence due to the building of this new barrage.