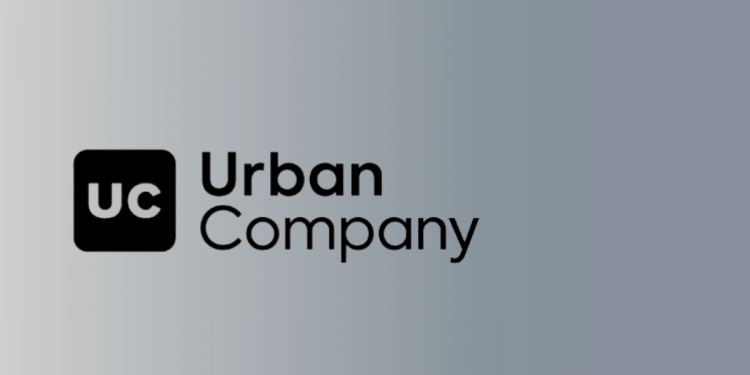 Women participation in gig economy: Why Urban Company’s suit against protests by its “partners” calls for legal intervention

THE gig economy grew manifold during the COVID-19 pandemic and has been increasingly dubbed a “new way of work”. Platform workers spread across sectors such as food delivery, at-home services and ride-hailing services are at the centre of this shift in the economy.

However, the past few months have refocused the discussion of the gig-economy to creating social security and ensuring a liveable wage for the platform workers. With the rise of trade unions such as the All-India Gig Workers Union (AIGWU) and the petition before the Supreme Court filed by the Indian Federation of App-Based Transport Workers (IFAT) regarding their social security rights, the movement for improved working conditions for app-based workers continues to grow.

However, at the same time, the platform workers have also faced increasing backlash from the aggregator companies. Take, for instance, Urban Company, a popular Indian platform that provides at-home services in beauty, cleaning, electronics and appliance repairs.

The protests against Urban Company were called off after the Court order’ however, the workers intend to continue fighting for their rights.

In mid-December, Urban Company sought an injunction against its female workers of the spa and salon vertical, for protesting the company’s new policies, believed to hurt their earnings. This is a first, where an aggregator company has resorted to direct legal action against protesting workers.

Why were the workers protesting against Urban Company?

Urban Company has been facing protests by its “partners” – as the gig workers are termed – in response to its new policies.

The protests initially began in October, with platform workers protesting high commissions and low wages. On October 10 last year, Urban Company responded through a blogpost “in the spirit of transparency”, with facts and data-points, in response to partner concerns.

Thereafter, the AIGWU, in response to an “opaque and ad-hoc commission system” and “lack of flexibility”, submitted a list of demands, on behalf of the beauty segment workers, addressed to the Urban Company Chief Executive Officer Abhiraj Singh Bhal.

As per a press release by the AIGWU released on December 20, in solidarity with the striking workers, the protests were against changes which would reduce the ability of the partners to make a living wage. The press release listed three most important changes highlighted by the workers, as follows:

Thereafter, a breakdown of negotiations between the partners and the Urban Company management led to women workers spending the night protesting outside the company headquarters in Gurugram, as per the AIGWU. Among other things, the statement by the AIGWU stressed on an immediate need to classify gig workers as employees, so that they may benefit from any legal infrastructure that would otherwise fail to protect them as a result of their employment status.

What did the Gurugram District Court say?

As the movement began to gain momentum, Urban Company filed a civil suit in the Gurugram District Court in December, seeking a permanent prohibitory injunction against “demonstrations, dharna, rally, gherao, peace march, shouting slogans, entering or assembling on or near office premises”. The suit has reportedly named four of the female protesters, citing reasons of large number of protesters for inability to include all parties. The company sought that the “illegal” protest be ceased and for the Court to direct local police to disperse the protesters.

A recently released report on gig workers by the PUDR covers detailed experiences of sexual harassment faced by Urban Company’s spa therapists, at the hands of clients who expected sexual favours.

By way of its order dated December 22 last year, the Gurugram District Court proceeded ex parte and restrained the protesters from “holding demonstrations/protest/gatherings in front as well as the back gate of the plaintiff’s company office within the 100 meter area”. The suit is now listed on April 1 for ex parte evidence.

The choice of Urban Company to sue their platform workers for protesting, instead of considering their demands regarding basic aspects of service provision, raises questions regarding the hailing of the gig economy as the future of work and about its ideas of labour practices. The protests were subsequently called off; however, the partners reportedly intend to continue fighting for their rights through other means, if not demonstrations.

The irony arises with Urban Company having been rated the second-highest in 2021, and previously, the highest in 2020, among app-based platforms in India to work with. These ratings, awarded by Fairwork India, consider working conditions in the 11 platforms of the gig economy in India. The five global principles of fair work form its very basis – namely fair pay, fair conditions, fair contracts, fair management and fair representation.

The Leaflet has reached out to Urban Company for a statement in relation to the above developments and for any information on subsequent steps. This story will be updated, as and when a response is received in this regard.

Why are gig workers defined as “partners”?

Most platform companies refer to their platform workers as “partners”, including Urban Company. The term is used to ensure that the status of the platform worker is that of an independent contractor and not that of an employee.

Labour laws in India apply in the case of employees and not independent contractors, as held by the Supreme Court in its landmark judgment in the case of Hussainbhai, Calicut vs. Alath Factory Thozhilali Union, Kozhikode and Ors. (1978). This ensures that benefits of employees are not extended to these platform workers and hence, leaves them susceptible to unfair labour practices and exploitation.

What is the larger impact of such practices on female participation in the gig economy?

The gig economy has seen considerable growth, especially during the COVID-19 pandemic in India. A United Nations Development Programme study has hailed the gig economy as the future of work for women, given its flexibility and remote-working opportunities.

Women worldwide have been disproportionately affected by pandemic-fueled job losses, accounting for 54 per cent job losses while making up only 39 per cent of global employment, as per the McKinsey Global Institute.

The World Economic Forum’s Global Gender Gap Report 2021 places India among the countries with the largest gaps in Economic participation and Opportunity for women with only 32.6 per cent of the gap closed so far, making progress that has been observed to be “too slow in the recent past”.

With the slow progress in relation to closing the gender gap and a pandemic-fuelled imbalance in job losses, the overall declining female labour force participation has had a disastrous impact on participation of women in paid work.

Women, especially in India, undertake large portions of unpaid domestic work. Flexibility is essential to their ability to engage in the workforce. Urban Company’s move to sue their protesting partners and enforce strong quotas, works against the flexibility aspect of the gig economy. This aspect is one of the primary ways that platforms such as Urban Company advertise themselves and promote themselves to gain partners, and this new policy is hypocritical in light of their primary selling-point to platform workers.

Is there a lacuna in the legal framework for female gig workers?

The growth of the gig economy at large has also exposed gaps in legislation, especially those affecting the participation and safety of women in the gig economy. Existing workplace legislation – namely, the Sexual Harassment of Women at Workplace Act, 2013 (POSH Act) and the Maternity Benefit Act, 1961 leave a gaping hole in this aspect, due to their strict brackets of “employers”, “employees” and “workplaces”.

Moving to the legislative gaps that plague the gig economy, sexual harassment remains one of the larger gender-specific threats – as the job of such workers includes visiting homes and inhabiting public spaces. Women working as platform workers are more vulnerable to sexual harassment due to the nature of their work and require greater supportive framework.

While the POSH Act does not necessarily require an “aggrieved woman” to be an employee in case of a workplace, a platform worker providing services in a “dwelling place or house” would not be covered within the ambit of the POSH Act. The resultant gaps leave female workers vulnerable in the gig economy.

Recently, the People’s Union for Democratic Rights released its report on Workers in the Gig Economy, covered by The Leaflet in detail here. The Report detailed experiences of sexual harassment faced by Urban Company’s spa therapists, at the hands of clients who expected sexual favours.

When inhabiting spaces that they have no control over, gig workers, irrespective of their gender, are susceptible to harassment and exploitation by clients – who invariably hold a position of power in this equation. Platforms do not take any deterrent action to make working conditions safer for their partners, and on the contrary, provide them advice such as to “leave their stuff and run” instead.

Further, without protection under the POSH Act, the gig economy remains hostile to women. Generic alternatives such as local committees or filing a police complaint lack the same effectiveness as access to an Internal Committee. The latter has a more deterrent effect, due to accountability and direct consequences for the accused.

Among the newly introduced Labour Codes, only the Code on Social Security, 2020 makes references to gig workers in specific contexts. Among the others, the Code on Wages, 2019 has missed an opportunity to build protective policies for those in the gig economy since it discusses essential topics like minimum wages and in the specific instance of female workforce, equal pay for equal work.

Also Read: The gig is up: international jurisprudence and the looming Supreme Court decision for Indian gig workers

Platform companies are entirely sustained by the earnings and services of their “partners”. However, basic benefits and social security are not ensured to the platform workers, who are completely responsible for the actual services being provided on the ground.

Platform companies are entirely sustained by the earnings and services of their “partners”. However, basic benefits and social security are not ensured to the platform workers, who are completely responsible for the actual services being provided on the ground.

The fall of Urban Company from being one of the best-ranked platforms for gig working to the controversy around suing their partners for protesting their inflexible policies shows the unpredictability of policies of platforms in the gig economy, in the absence of any strong legal framework to ensure social security and legal protection of platform workers from exploitative labour practices.

Legal intervention in the form of legislation and jurisprudence is the need of the hour. Reforming entry without ensuring safety on the job would result in large turnover rates in the economy and hence, a dualistic approach to reform of law ought to be taken to ensure that the gig economy is built on legal framework that is considerate of the social security of the gig workers while ensuring economic growth in the sector.

(Shweta Velayudhan is a labour and employment lawyer based in Delhi, and a part of the outreach team at The Leaflet. Sharanya Venkataraghavan is a student of law at Symbiosis Law School Pune with a keen interest in labour law and gender justice. The views expressed are personal.)