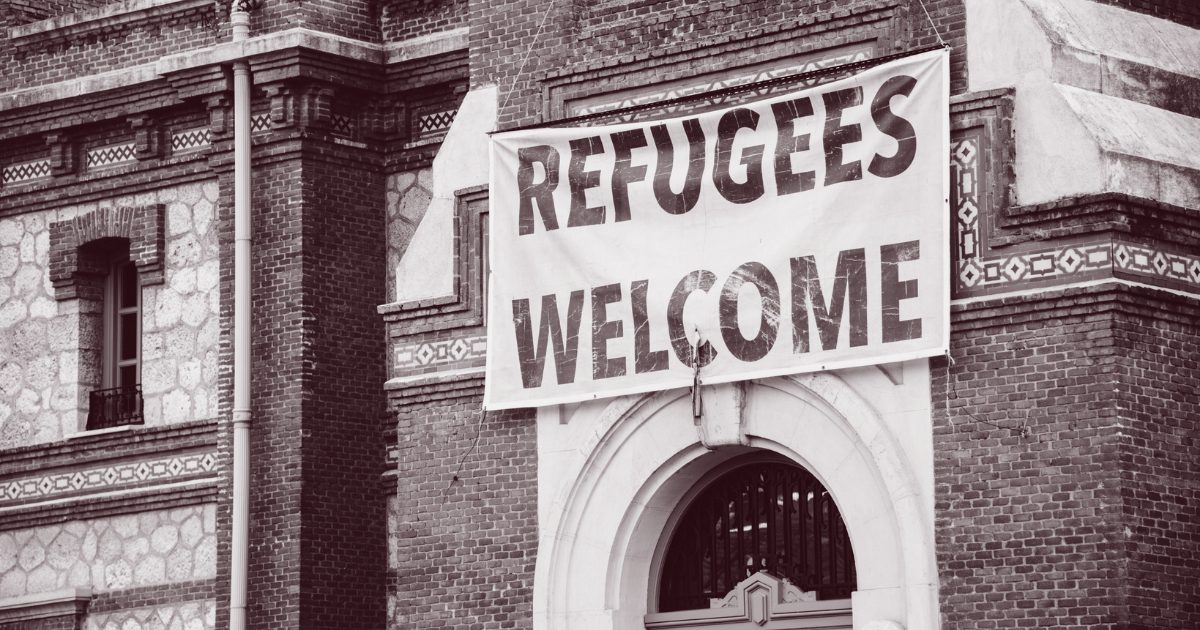 Why the Afghanistan crisis underscores the need for a refugee law

Highlighting the glaring absence of legislation to govern the grant of asylum to refugees, and the moral imperative on India to support refugees that will be fleeing the political crisis in neighboring Afghanistan, JAY MANOJ SANKLECHA explains the need for a dedicated and uniform domestic refugee law in India for uniform standards for treating refugees that are not entirely reliant on the government’s discretion.

WITH the capture of Kabul by the Taliban, Afghanistan has descended into chaos. Horrific visuals of ordinary Afghanis storming the capital’s airport and clinging on to airlines and military transport, in a desperate attempt to flee the repressive regime, have been streamed the world over.  There is a well-founded fear, particularly amongst minorities, women, local staff of foreign coalition forces, journalists and academics, of persecution at the hands of the new regime.

Amidst this escalating humanitarian crisis, more than sixty countries have issued a joint statement calling for all stakeholders to ensure that Afghans and international citizens who wish to depart the country is allowed to do so. The United Nations Secretary-General António Guterres has also urged all countries to be willing to receive Afghan refugees and refrain from deportations.

Also read: On the legal recognition of the new Taliban government in Afghanistan within international order

India has enduring historical and cultural ties with the people of Afghanistan. India has long been a seat of education and healthcare for Afghans. Afghanistan is also home to a fairly large community of Sikhs and Hindus, although their numbers have depleted over the years.

In the wake of the fall of Kabul, the Ministry of External Affairs has issued a formal statement that it is in constant touch with the representatives of Afghan Sikh and Hindu communities in Kabul and that it would take steps to facilitate repatriation to India of those who wish to leave Afghanistan. However, the spokesperson for the ministry reportedly refused to specify if India would welcome Afghan refugees who wish to leave the country in view of the resurgence of the Taliban. Although subsequent reports suggest that India may grant asylum to Afghan refugees as well, without religion-based priority.

This is a welcome move, as we would do well to remember that vulnerable population across religious lines, particularly women and girls, are at risk from the Taliban.

Despite our rich history in affording a home to refugees, India has not signed the 1951 Refugee Convention, and has no domestic refugee law.

At present, the grant of asylum to refugees is governed by a 2011 Standard Operating Procedure (SOP) issued by the Union Ministry of Home Affairs. Under the SOP, where prima facie an alien can justify a well-founded fear of persecution on account of race, religion, sex, nationality, ethnicity, membership of a social group, or political opinion, the concerned state government can recommend their name to the Union Ministry of Home Affairs for grant of a long term visa after due security verification.

Where aliens have been unable to secure such long-term visas, the government enjoys unrestricted powers under the Foreigners Act, 1946 to deport such persons.

Judicial intervention in such matters has not been uniform. While the Delhi, Gujarat and Manipur High Courts have, using the rubric of Article 21 jurisprudence, recognised the rights of refugees to not be forcibly deported to a country where they face a threat to their lives, the Supreme Court has, recently vide two interim orders, allowed the deportation of Rohingya refugees to Myanmar where they arguably face a threat to their lives.

Unfortunately, in practice, the operation of this SOP is subject to the vagaries of the often unpredictable motivations of the present union government. This has allowed for the differential treatment of different communities of refugees, based on extraneous considerations and the political will of the government of the day. The absence of adequate and concrete guidelines also means that refugees have no remedy under the law to secure protection.

Finally, by framing a law India would be able to adequately provide for and appropriately protect its own national interests while providing for refugee protection in India.

It has been suggested that the need for the controversial Citizenship (Amendment) Act, 2019 is underlined by the Afghanistan crisis. However, the Amendment Act, which seeks to fast track the route to citizenship for a particular sub-set of refugees, that is, for non-Muslim minority communities from Pakistan, Bangladesh and Afghanistan facing religious persecution, who have entered India prior to December 2014, will be of no help in managing the ongoing humanitarian crises in Afghanistan.

Also read: Why the Citizenship (Amendment) Bill, 2019 is unconstitutional

The Amendment, unfortunately, does little to offer protection to even non-Muslim minorities that wish to depart Afghanistan in view of their fear of persecution at the hands of the resurgent Taliban due to the cut-off date.  It is, therefore, evident that India needs a uniform and coherent refugee policy.

Conscious of the lack of a uniform and coherent legislative framework in India towards refugee protection, over the years a number of bills concerning the grant of asylum to refugees have been introduced in Parliament, including prominently by former UN undersecretary-general and current Member of Parliament Shashi Tharoor. Unfortunately, these Bills remain pending before Parliament and are unlikely to become law anytime soon.

Nevertheless the Bills provide a broad framework for any proposed refugee law that may ultimately be passed. Any proposed law would need to offer statutory recognition to “refugees” as a distinct class independent from migrants and other aliens, implicitly recognising the different circumstances that motivate their departure from their home state.  The definition of “refugee” incorporated may either accord with the 1951 Convention or adopt a wider notion to cover threats beyond a “well-founded fear of persecution”.

The proposed law may also delineate uniform rights and entitlements of all refugees in India including the right to access courts, the right to seek employment, rights to identity and travel documents, and so on, thereby ensuring parity with the minimum standards of protection under the 1951 Convention.

Finally, any such proposed law should also seek to grant statutory recognition to the customary international law principle of non-refoulment, that is, protection of the refugee from forcible deportation to a country where there exists a threat to their life.

While the government’s efforts in response to the Afghanistan crisis have been laudable, and the ministry of external affairs has taken prompt decisions to facilitate the repatriation of Afghan refugees through the emergency e-visa policy, it does not take away from the broader need for India to frame a uniform legislative policy governing the grant of asylum to refugees in India. In fact, the Afghanistan crisis has only served to underscore the need for uniform refugee law in India.

As India posits itself as a major player in the Indian sub-continent and keeping in mind its historical and cultural ties to Afghanistan, it should take a lead in offering protection to fleeing Afghans from the repressive Taliban regime.