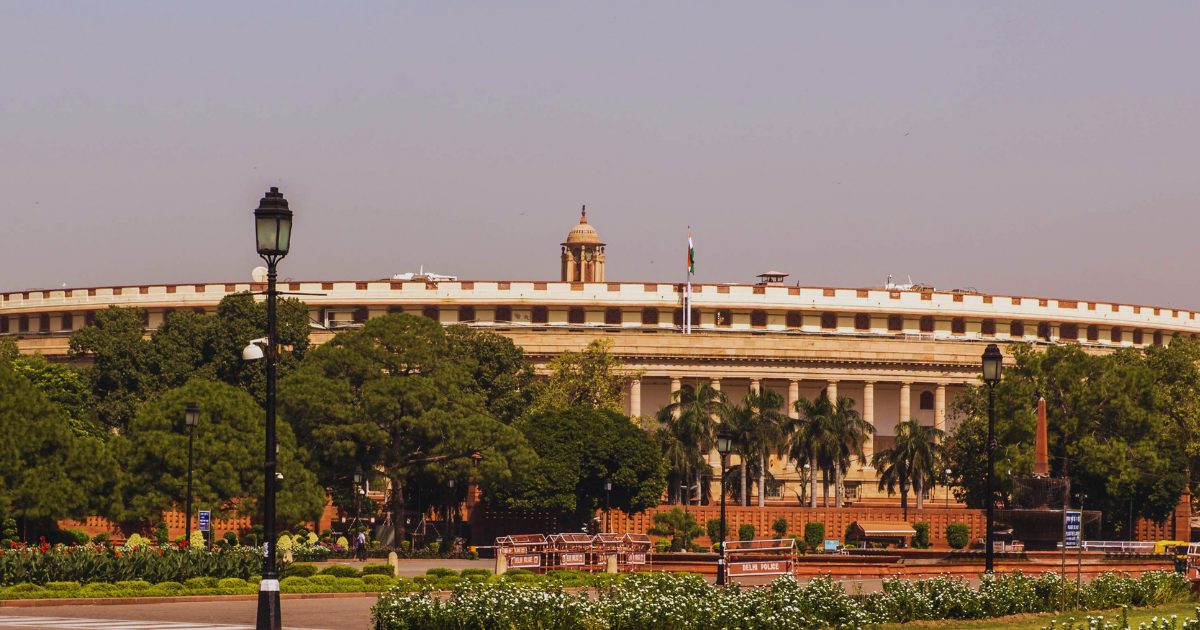 What you need to know about Tribunal Reforms Bill, 2021

Examining the key provisions of the Tribunal Reforms Bill, 2021 that has been passed by both Houses of the Parliament, VINEET BHALLA and KUDRAT MANN explain how the bill is the latest act in the struggle between the central government and the Supreme Court over the administration and reform of tribunals that began in 2017.

THE Lok Sabha and the Rajya Sabha recently passed the Tribunal Reforms Bill, 2021 amidst furore in both the houses by opposition party members over the farm laws, the Pegasus Project revelations and the faltering state of the economy. The Opposition also voiced displeasure over the Bill being passed without any discussion via a voice vote in the Lok Sabha.

The Bill replaces the Tribunal Reforms (Rationalisation and Conditions of Service) Ordinance, 2021 (the Ordinance), which was notified on April 4 this year.

As the Bill gets set to receive Presidential assent and be enacted as law, some of its key features are analysed below.

The Bill intends to absolve certain Appellate Tribunals and shift their functions to other existing judicial bodies. The appellate functions under the Cinematograph Act, 1952; the Trade Marks Act, 1999; the Customs Act, 1957; the Patents Act, 1970; and the Geographical Indications of Goods (Registration and Protection) Act, 1999 have been transferred from appellate boards or tribunals under this legislation to High Courts.

On the other hand, in the case of the Control of National Highways (Land and Traffic) Act, 2002, the appellate functions have been transferred from a tribunal to civil courts (which includes the High Court in the exercise of its ordinary original civil jurisdiction). The appellate functions under the Airports Authority of India Act, 1994 have also been shifted from the same tribunal to the central government and the High Court, depending on the nature of the dispute.

Similarly, the appellate functions under the Copyright Act, 1957 have been vested from an appellate board to commercial courts or the commercial division of a High Court.

The Bill provides for a Search-cum-Selection Committee. According to Section 3(7) of the Bill, the Chairperson and Members of Tribunals shall be appointed by the Central Government on the Committees’ recommendation.

The Committee will include: (i) The Chief Justice of India, or a Supreme Court judge nominated by him, as the Chairperson (with casting vote), (ii) Two central government-nominated secretaries, (iii) The sitting or outgoing Chairperson, or a retired Supreme Court judge, or a retired Chief Justice of a High Court, and (iv) The Secretary of the Union Ministry under which the tribunal is to be constituted. The latter will have no voting rights though.

The central government is supposed to act upon the committees’ recommendations preferably within three months.

There shall be separate Search-cum-Selection Committees for State administrative tribunals. These committees will consist of (i) The Chief Justice of that state’s High Court as the Chairperson (with casting vote), (ii) The Chief Secretary of the state government and the Chairman of the state’s Public Service Commission, (iii) The sitting or outgoing Chairperson, or a retired High Court judge, and D. The Secretary or Principal Secretary of the state’s general administrative department. The latter will, again, have no voting rights.

Amendments to the Finance Act, 2017

The purpose of the Finance Act, 2017 was to merge tribunals on the basis of different domains. It also gave the central government the powers to form rules on the composition of search-cum-selection committees, the qualifications of the members of the tribunals, and the terms and conditions of their service.

The present Bill removes these provisions from the Finance Act. As noted above, the Bill now prescribes the composition of selection committees and the term of the tribunal members. It also empowers the central government to “make rules to provide for the qualifications, appointment, salaries and allowances, resignation, removal and other conditions of service” of tribunal members.

Amendments to the Consumer Protection Act, 2019

The Bill adds sub-section 1A to Section 55 of the Consumer Protection Act, as per which all employment terms and conditions of the President and other members of the National Consumer Disputes Redressal Commission shall be governed by the newly formed Tribunal Reforms Act, 2021 when it comes into force.

Critical issues with the bill

Tribunals are quasi-judicial bodies functioning in a specific domain that seeks to reduce the burden on the existing judicial system. According to the Bill’s Statement of Objects and Reasons, the Bill seeks to streamline tribunals in order to save considerable expense to the exchequer and lead to speedy delivery of justice.

However, the dissolution of certain tribunals and appellate bodies, and the transfer of their functions to High Courts can be criticized on the grounds that Indian courts are already overburdened with their existing caseload. To illustrate, there are 91,885 pending cases of more than 30 years before various High Courts of India as of June 2021.

Further, separate appellate bodies in the form of tribunals guaranteed specific knowledge in the concerned realm. As per the Law Commission of India’s 272nd report titled ‘Assessment of Statutory Frameworks of Tribunals in India’ released in October 2017, in certain technical cases, traditional courts need expert knowledge for adjudication. Additionally, the Supreme Court has, in multiple judgments (such as S. P. Sampath Kumar Etc. vs. Union of India & Ors., 1986 and L. Chandra Kumar vs. Union of India & Ors, 1997) highlighted the need and usefulness of separate tribunals as an alternative institution to High Courts to lessen the latter’s burden.

An alternative perspective is that in the very same judgments, the Supreme Court also condemned the practice of direct appeals from tribunals to the apex court. In this regard, the Bill could be seen as a welcome change.

The central government has, through a series of legislative exercises since 2017, tried to rationalise tribunals that it sees as fulfilling no purpose. In March 2017, it helmed the passage of the Finance Act, 2017, which reduced the number of tribunals in the country from 26 to 19 and empowered the government to make rules regarding the qualifications, appointment, and terms and conditions of service of tribunal members. In June 2017, the central government notified the Tribunal, Appellate Tribunal and other Authorities (Qualifications, Experience and other Conditions of Service of Members) Rules, 2017 for the same.

These rules were struck down by a five-judge constitution bench of the Supreme Court in its judgment in the case of Rojer Mathew & Ors. vs. South Indian Bank Ltd. & Ors. (2019). The rationale offered by the Supreme Court was that the rules did not fulfill the requirements of judicial independence in the matters of the composition and security of tenure of members of tribunals, as well as the composition of the search-cum-select committees as laid down in its earlier judgment by another five-judge constitution bench in Madras Bar Association vs. Union of India (2010).

In February 2020, the central government notified a new set of rules: the Tribunal, Appellate Tribunal and other Authorities (Qualifications, Experience and other Conditions of Service of Members) Rules, 2020. These were again challenged before the Supreme Court in the matter of Madras Bar Association vs. Union of India (2020).

In its judgment therein, delivered on November 27 last year, the apex court suggested substantive amendments to the 2020 Rules, such as increasing the term of office of tribunal members to five years, allowing for the re-appointment of members (subjected to upper age limits), and allowing advocates with ten years’ experience to be appointed as judicial members within tribunals.

The court also recommended the establishment of a National Tribunals Commission as an independent body to overview the functioning of tribunals.

Also read: Our Tribunals need overhaul, but New Central Ordinance is getting it wrong

On June 30, the central government also notified the Tribunal, Appellate Tribunal and other Authorities (Qualifications, Experience and other Conditions of Service of Members) (Amendment) Rules, 2021 to amend the 2020 Rules. The amended rules, following some of the apex court’s recommendations in the aforementioned judgments, provide for advocates with ten years’ relevant experience to be eligible for appointment as judicial members in tribunals, and prescribe details on house rent allowance for tribunal members.

The Ordinance and the Rules were again challenged before the Supreme Court. The apex court, in its judgment in Madras Bar Association vs. Union of India & Ors. (2021) delivered last month, struck down provisions in the Ordinance’s Section 12 related to four-year tenures and the minimum age requirement of 50 years for tribunal members.

However, the present Bill too has set the minimum age limit to 50 years and the tenure of office holders as four years. Further, it contains no mention of any proposed National Tribunals Commission, whose establishment was recommended in Madras Bar Association (2020).

With the central government overruling the Supreme Court for the third time in three years through the Bill, it is quite likely that the Bill, once enacted, will be challenged before the apex court. Who will get the final word in this contentious matter regarding the administration of tribunals remains to be seen.

(Vineet Bhalla is a Delhi-based lawyer and sub-editor with The Leaflet. Kudrat Mann is a third-year B.A., LL.B (Hons.) student at Dr. B.R. Ambedkar National Law University, Sonepat, and an intern with The Leaflet. The views expressed are personal.)