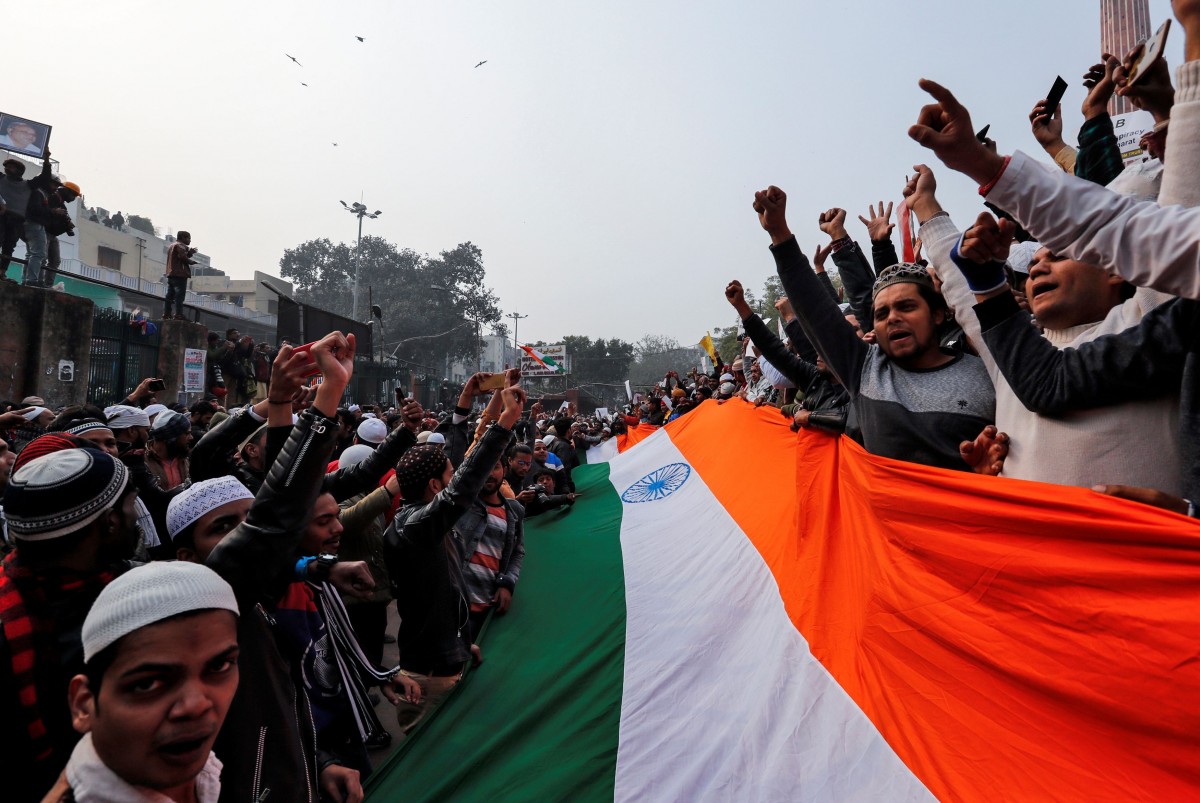 UAPA: Descent from Rule of Law to Barbarism

Indian governments across the spectrum adopted economic policies that favour liberalisation and increased presence of multinational corporations as a means of expanding India’s global influence. Economic threats became synonymous with security threats and are treated accordingly.

State mechanisms aimed at inhibiting popular opposition to economic liberalisation are being deliberately perpetuated so as to remove limitations to India’s current path of growth. This convergence between issues of economic growth and national security has led to the creation of Special Police Cells operating without meaningful oversight. The latter being justified as a necessary means of defending public order.

UAPA’s definition of terrorism fails to specify that the aim of the action is toward political, religious or ideological ends, allowing for a vague and relatively unrestrained interpretation of what constitutes a terrorist act.

While the Unlawful Activities (Prevention) Act (UAPA) was originally intended to criminalise unlawful acts, its scope was broadened to include “terrorist activities”. However, these two categories appear as distinct sections in the Act).

Acts that might be characterised as unlawful include multiple forms of antagonism towards India and cession and secession from the state.

The UAPA also permits organisations – as well as all those even loosely affiliated with it–that partake in any of the aforementioned activities to be banned and convicted.

Subsequent to this legislation, the case law as well as arrests under the UAPA became disproportionately skewed against minorities, with Muslim and peasant and tribal groups starkly overrepresented. The UAPA amendments brought in 2004, 2008, 2012 and 2019 consistently increased the authority of the central government despite an allegedly federalist configuration.

In 2004, as a result of the Prevention of Terrorism Act being deemed unconstitutional and repealed, the UAPA was modified to include those punishable offences related to terrorism.

However, the UAPA’s definition of terrorism fails to specify that the aim of the action is toward political, religious or ideological ends, allowing for a vague and relatively unrestrained interpretation of what constitutes a terrorist act. Additional reformulations of the UAPA IN 2004 enabled minor infractions such as the damaging of government property to be construed as an act of terrorism.

In 2008, a string of bombing attacks that began in 2006 prompted further revisions to the UAPA. The scope of the definition of “terrorist act” would be widened to encompass all acts that are “likely” to strike terror within India or abroad, as well as abductions, kidnappings and other means of coercion that use threats to incite the government to act in a particular way.

Further examples of the abuse of UAPA antiterrorism practices include the numerous arrests of non-violent Anti-CAA (Citizenship Amendment Act) activists under the guise of counterterrorism efforts.

In addition, the 2008 Amendment modified the recognised means of carrying out a terrorist act from bombs and other explosive devices only to a more diverse range of methods defined as “any other means of whatever nature”.

Finally, the Amendment granted officers the prerogative to perform searches or make arrests without a warrant based solely on  the personal knowledge they had or the information sourced from a document, article or any other thing. It becomes clear from the above points that the semantic formulation of these amendments renders the criminalisation of practically any act possible if packaged correctly.

Nonetheless, the Amendment was not applied retroactively to those individuals whose acts prompted the Amendment and in fact, led to democratic practices being arbitrarily labeled as unlawful and to the targeting of journalists and activists by virtue of their affiliation to any type of organisation opposing the government’s practices.

The distribution of these bans is characterised by a striking disproportionality that overwhelmingly targets minority groups. It further absolves the government of its responsibility to provide a rationale for any of the aforementioned bans, while at the same time removing the legal tools available to the groups designated as “terrorist organisations” from their reach.

Though acquittals were granted to a majority of those accused under the 2008 Amendment, the 2012 Amendment enabled UAPA charges to be more rigorously enforced with very little possibility of acquittal. The UAPA once again expanded its reach by adding companies, NGOs and intergovernmental organisations to its list of bodies that could be banned. It could also be taken to mean that it meant all persons associated with those groups that had committed a crime. Again, the distribution of these bans is characterised by a striking disproportionality that overwhelmingly targets minority groups. It further absolves the government of its responsibility to provide a rationale for any of the aforementioned bans, while at the same time removing the legal tools available to the groups designated as “terrorist organisations” from their reach.

Moreover, the accused are immediately subject to the terms of their charges and may be arrested and prosecuted even before the government’s evidence in favour of a ban has been deemed adequate.

Organisations may be banned based on their status as “unlawful associations” or “terrorist organisations” (with the possibility of being banned on both grounds), and despite the “terrorist” tag being retractable, they may continue to be banned on the basis of their status as an “unlawful” organisation. Though these designations exist, not a single Hindutva (Hindu fundamentalist) group is listed, despite such organisations having perpetrated acts that are undoubtedly terrorist. It can be said, therefore, that the 2012 UAPA Amendment has made little progress in actually countering terrorism and has instead served as a legal and widespread method to suppress democratic dissent.

Further changes were brought to the UAPA in August 2019. One such change includes the ability of the central government to nominate not only organisations but individuals as terrorists. However, the accused have little legal recourse as a central official holds enough authority to declare an individual as a terrorist, and the accused cannot expunge his record of such a label.

The UAPA once again expanded its reach by adding companies, NGOs and intergovernmental organisations to its list of bodies that could be bann

The challenges presented by the UAPA can also be condensed into two distinct categories: substantive issues, relating to the vague and all-encompassing definitions that challenge democratic participation, and procedural issues including a reversed burden of proof and the functioning of tribunals.

The UAPA grants authority to the National Counter Terrorism Centre, established in 2012, to arrest, search and seize property without consulting the state government. Among other stipulations, the UAPA enables arrests to be made without warrant, allows anyone accused under the UAPA to be kept in continued police custody without being granted access to a court, prolongs the maximum time limit of police custody to 180 days, unjustly restricts bail requests, and explicitly reverses the burden of proof in cases under the UAPA as the accused is required to prove his innocence as opposed to the prosecution proving his guilt.

The 2012 Jamia Teachers’ Solidarity Association’s report, “Framed, Damned, Acquitted: Dossiers of a ‘Very’ Special Cell”, shed light on the injustices perpetuated by the Delhi Police’s Special Cell. Each case drew attention not only to the glaring lack of evidence to construct a legally viable case against the accused but also to the recurrent issue of fabricated evidence by the police. The report also reveals a troubling tendency within law enforcement agencies to infiltrate minority communities, mostly Muslim   neighbourhoods, to plant weapons on them to then arrest them under the false claim that they are terrorists.

Further examples of the abuse of UAPA antiterrorism practices include the numerous arrests of non-violent Anti-CAA (Citizenship Amendment Act) activists under the guise of counterterrorism efforts.

The CAA has been critiqued as discriminatory based on religious grounds as it lowers the threshold for members of minority communities of neighbouring countries to obtain Indian citizenship but excludes Muslims from its list of beneficiaries.

The CAA has sparked much controversy, eventually prompting both peaceful protests and riots in New Delhi. The police diligently compiled a catalogue of participants but have since made frequent changes to the names and charges as well as the nature of the accusations. An elaborate conspiracy was pitched as the underlying motive of those arrested under the UAPA: that these individuals deliberately used the protests as a means of generating violent rebellion and terror in India. Statistically, the accused tend to be young, often pursuing studies at well-respected universities, and may be subject to harsh treatment despite extenuating circumstances, like a pregnancy.

Anti-terrorism charges are not solely distributed under the UAPA; in fact, much other legislation (including the National Security Act 1980, Arms Act 1959, Armed Forces [Special] Powers Act 1958 and more) enables individuals to be charged for alleged terrorism. Along with the UAPA, these other laws with counterterrorism provisions will continue to be employed as a violent, state-sanctioned programme of repression.

The UAPA especially targets individuals who either belong to religious minorities or are peace activists, and these arrests bring generate a façade of security in India, which considers itself a “security state”.

Nonetheless, existing counterterrorism laws do nothing to protect civilians from the threat of legitimate terrorist attacks.

It is within this context the South Asia Human Rights Documentation Centre in New Delhi  has recommended the following:

1.  The specification of a universal and transparent definition of “terrorism”

2. Protecting human rights as an integral component of the state’s counterterrorism strategy

3. Carefully consider each provision of law rather than the existence of legislation as a whole which demonstrates India’s compliance to Resolution 1373.

4. Inquire into the specifics of training programs of law enforcement and lawyers to ensure that these are in accordance with the spirit of the Counter Terrorism Committee of the United Nations Security Council.

In 2007, the UN Counter-Terrorism Committee (UNCTC) requested India to respond to various questions related to its counterterrorism laws.  These issues will need revisiting by the UNCTC in 2021.  India will be a non-permanent member of the Security Council then.