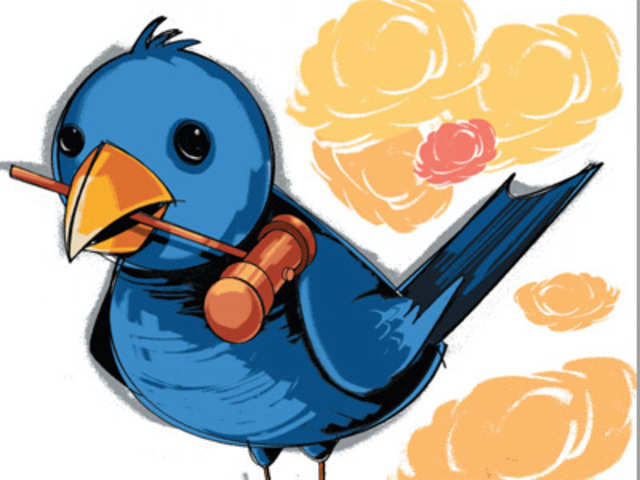 In a highly criticised move, Twitter India withheld many notable accounts on their platform citing “legal demand” as a reason. The accounts in question, which include The Caravan and Kisan Ekta Morcha have been reporting rigorously on the farmers’ protests. Twitter has since withdrawn the ban; however, the move portrays a frightening sense of control over the Freedom of Press in India reports SAIKEERTHI.

ON February 1, many notable Twitter accounts of journalists and news media portals displayed the message, “Account withheld” citing the portal’s response to an unknown “legal demand”. The series of events unfold days after the farmers’ protests turned violent on January 26 this year and the same day as the announcement of the Union Budget 2021.

Leading investigative news magazine, The Caravan strongly responded to the microblogging website’s move and announced their account’s suspension through an alternative account ‘The Caravan, Uncensored’.

This account is accessing @thecaravanindia from a VPN server based outside India and will be duplicating its tweets until the Indian Government and @TwitterIndia continues the account inside India.#DefeatTwitterCensorship

Other accounts such as Kisan Ekta Morcha, the unity front leading the protests and Tractor to Twitter, an account that hosts campaigns in support of the farmers also lost access to their respective profile handles.

Our Official Twitter Account Withheld !!
Why is govt. suppressing the voice of farmers?
Does govt. fear farmers’ stern actions?

The government was quoted stating that these provocative tweets were a grave threat to the public order and had extended the request to Twitter to withhold the accounts in question. The microblogging website is yet to issue any official statement regarding the matter.

According to news reports, the Ministry of Electronics and IT had submitted a list of 250 accounts that allegedly posted content under the hashtag “ModiPlanningFarmerGenocide”.

The government was quoted stating that these provocative tweets were a grave threat to the public order and had extended the request to Twitter to withhold the accounts in question. The microblogging website is yet to issue any official statement regarding the matter.

Many citizens came forward criticising Twitter India for acting against the freedom of press in the country following which the website began reinstating the withdrawn profiles. Kisan Ekta Morcha tweeted, “Is this tweet visible to Indian accounts?” after they regained access to their handle. The Caravan also tweeted to announce that are back on the microblogging platform.

The government has now sent a notice to Twitter for unilaterally unblocking the accounts.

Our account has been restored. Today more than ever, it is clear that true media needs true allies. We thank our readers, subscribers and contributors for their support.

These events unfold at a time when the country is witnessing widespread protests against the ruling government and media organisations are struggling to dutifully report amidst rising political pressure.

FIRs and Cases Against Journalists

This move was initiated amidst a series of First Information Reports (FIR) and cases filed against various journalists for covering the farmers’ protests. This includes the founder of The Wire, Siddharth Varadarajan, for tweeting about a farmer’s death and freelance journalist Mandeep Punia. A day after filing an FIR against Vardarajan, UP police added the names of The Wire and Ismat Ara to the FIR. Ara had written an article published by The Wire on the claims made by the family of the farmer who died during the tractor rally on Republic Day.

Mandeep Punia was granted bail on February 2 after he was picked up by the police in Delhi on January 30. Though the police initially stated that the arrest was made on grounds to prevent further instigation at the protest site, they later reported that he had also misbehaved with a station house officer upon arrest.

These events unfold at a time when the country is witnessing widespread protests against the ruling government and media organisations are struggling to dutifully report amidst rising political pressure.

(Saikeerthi is a student at Symbiosis Institute of Media and Communication, Pune, and an intern with The Leaflet.)