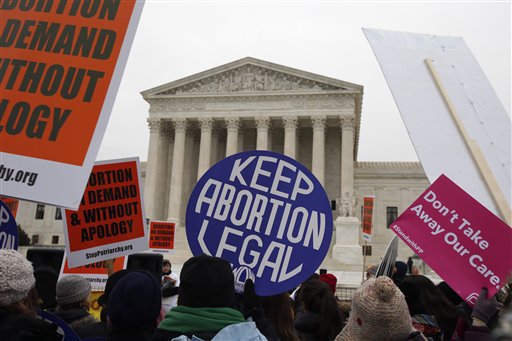 The Texas ‘Heartbeat Bill’: A Blow to Abortion Rights in the U.S.

Amidst the global tug of war between the pro-life and pro-choice lobbies which has been continuing for decades, the recent legal developments in the U.S. offer stark contrast to events in its southern neighbour of Mexico, writes HARITIMA KAVIA.

REPRODUCTIVE rights have been the subject of a long-standing debate that is often carried out without the required sensitivity, considering how it directly affects a woman’s autonomy over her own body. This battle for abortion rights in the U.S. has recently suffered a major setback as the government of the state of Texas successfully passed the ‘heartbeat bill’ to functionally ban all abortions in the state.

Gist of the law

The Texas government has recently manoeuvred past courts to ban abortions before foetal viability through the controversial Senate Bill 8, signed on May 19, 2021 by the Texas Governor Greg Abbott. The Bill bans most abortions after six weeks of pregnancy, and authorises citizens to enforce it.

Abortion providers in Texas argue that this law will bar care for 85% of abortion seekers and force most of the abortion clinics to run out of business. The key features of the Bill are:

The Bill is based on the long-drawn as well as unfounded argument that frames mothers as victims of the abortion industry and not the beneficiaries of the same. While being consciously oblivious to the dismay its ‘pro-life’ statute is causing, the Texas government has tacitly crafted this law to skirt the abortion ban and protect it from future lawsuits.

Such a law will drive women out of the state, amidst a pandemic, to get their constitutionally protected healthcare. Women unable to afford the travelling cost will be forced to have an unwanted pregnancy or get an illegal and possibly unsafe abortion.

The U.S. Supreme Court strikes down emergency application against the Bill

Abortion providers first challenged the constitutional validity of the Bill at the federal district court, which dismissed the case on August 25, 2021 and refused to grant an injunction. The defendants then filed an appeal with the U.S. Court of Appeals for the 5th Circuit, that cancelled all proceedings on August 27.

Thereafter, an emergency application was filed with the U.S. Supreme Court on August 30. However, the Supreme Court, with a vote of 5-4, passed an order refusing to block the Bill a day before the Bill came into effect.

The application had argued, among other things, that the term “fetal heartbeat” is misconstrued as the foetus does not possess a heart at that stage of pregnancy and that the law is fundamentally a “bounty hunting scheme” for allowing citizens to sue those violating the law.

The U.S. Supreme Court, however, concluded that abortion providers failed to address the “complex and novel antecedent procedural questions” necessary in their pursuit of justice. However, the abortion providers were left the option to challenge the law in the future as the Court refused to adjudge the constitutional validity of the Bill.

On the dissenting side, the conservative Chief Justice Roberts opined that he deemed it appropriate to temporarily block the Bill until the lower courts have adequate time to decide whether the State can circumvent the pro-abortion precedents by delegating action to the population.

The liberal Justice Sonia Sotomayor explicitly denounced the conduct of the Court by stating that, “(p)resented with an application to enjoin a flagrantly unconstitutional law engineered to prohibit women from exercising their constitutional rights and evade judicial scrutiny, a majority of justices have opted to bury their heads in the sand.”

In addition to this, another liberal Justice Elena Kagan criticised the order and the judicial practice of “shadow docket”, wherein decisions are taken hurriedly without full briefing or oral argument.

Consequences on the landmark judgment of Roe versus Wade

The pro-abortion precedent laid down by the landmark U.S. Supreme Court judgment in the case of Roe versus Wade is under threat of being effectively overturned with the enforcement of the Bill.

The landmark ruling recognised the constitutional right to the abortion procedure for the first time in 1973. The majority opinion delivered therein defined viability as “potentially able to live outside the mother’s womb, albeit with artificial aid. Viability is usually placed at about seven months (28 weeks) but may occur earlier, even at 24 weeks”.

Nevertheless, the U.S. Supreme Court’s will get the chance to substantively decide on the matter soon in a similar lawsuit regarding the validity of the Mississippi abortion ban, which prohibits abortion after 15 weeks of pregnancy. The case is due for final judgement in spring 2022.

The Mississippi lawsuit explicitly seeks to overturn Roe versus Wade, unlike the legal, jurisdictional and technical arguments made in the Texas case that enabled the U.S. apex court to refuse hearing it in its current form. If the Court avoids issuing a clear ruling that renders the Mississippi ban unconstitutional, other restrictive abortion laws in the country, including the Texas Bill, will get unmerited leeway.

Whereas, if it upholds the constitutional right to pre-viability abortion, but substantially changes the meaning of viability itself, at least 16 states will go ahead and introduce similar bans that previously faced legal barriers.

Under extreme but plausible circumstances, if the U.S. Supreme Court overturns Roe versus Wade, at least 22 states will criminalise abortions. Among these, 11 states have a “trigger law” that automatically puts in force a ban as soon as the precedent is overturned, and eight states have pre-Roe abortion laws that will be immediately revoked.

If the Texas Bill is directly or indirectly given any legitimacy, it will be one of the harshest anti-abortion laws in force. The Bill will also pave the way for other States to enforce similar bans by validating law-making not just bereft of Roe’s principles but blatantly antithetical to it.

The abortion-rights organization, Guttmacher Institute, has described 2021 as “the worst legislation year ever” for abortion rights in the US due to the anticipated cascading effect of several anti-abortion laws.

The U.S. now struggles to keep up with countries like Mexico in Latin America, a region slowly loosening its infamous anti-abortion laws. The Supreme Court of Justice of the Nation (the Supreme Court of Mexico), on September 7, 2021, decriminalised abortion in a landmark ruling that was described as a “historic step for the rights of women” by the Mexican Supreme Court’s Justice Luis Maria Aguilar.

Such a judgement signifies noteworthy progress as it prohibits courts from prosecuting abortion cases in the world’s second-biggest Roman Catholic country that had previously legalised abortion only in cases of rape and medical emergencies.

Despite having an equivalent quorum as the U.S. Supreme Court hearing the emergency application, the Mexican Supreme Court made a unanimous ruling that was in sharp contrast to the rationale and conduct adopted by the former. The judgement in Mexico was unprecedented and a product of the raging feminist movement in the streets of the country, as compared to the U.S. that is unabashedly reversing its progress on reproductive rights under the garb of religious and seemingly humanitarian justifications.

Also read: This is for you, Savita: Ireland’s referendum legalising abortion is the fruit of decades-long feminist struggles

Recently the Supreme Court of India, in Komal Hiwale versus the State of Maharashtra (2020), allowed for the abortion of a foetus that had been diagnosed with Down syndrome. The Court inadvertently decided on the over-arching question of the legality of abortion through specific issues regarding the permissibility of the procedure if the life of the mother or another foetus in the womb is in danger.

It answered in affirmative and in consonance with Section 3(2)(i) and (ii) of the Medical Termination of Pregnancies Act, 1971, which grants the right to pregnancy termination when the foetus suffers from physical or mental abnormalities up to 20 weeks of pregnancy, based on the bona fide opinion of two medical practitioners. Terminations beyond this period are allowed on the basis of a bona fide legal opinion of a risk to the “life” or “grave injury physical or mental health” of the mother.

However, at the grass-root level, women still face legal hurdles in the form of unending trips to the courts to seek permission for abortion.

Also Read: Abortion in India – still not a right but a privilege

The tug of war between pro-life and pro-choice has been continuing for decades across the globe. However, the recent onslaught of legislation in the U.S., a country often deemed as one of the most important frontiers for many feminist movements, has demoralised women everywhere.

The fight for reproductive rights in the U.S. has become even more arduous as legal sanctions are continually anchored in the orthodox agenda of regulating a woman’s reproductive decisions for nugatory moral considerations. In times like these, when law makers have become deaf to public dissent, only judicial activism can restore reproductive rights of women.