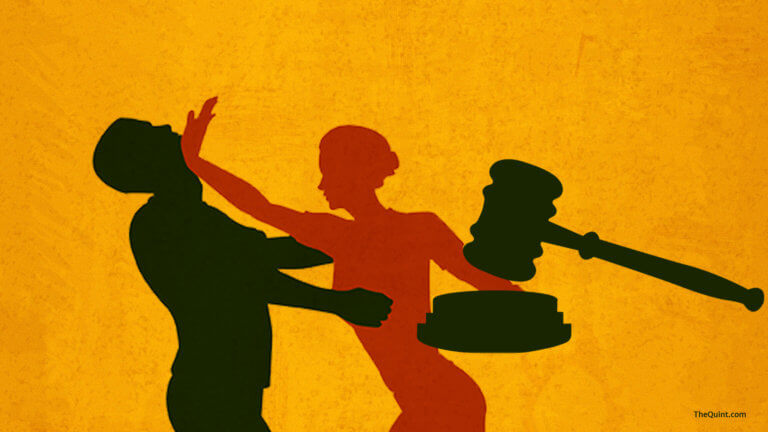 The discourse relating to marital rape, whether inside or outside the Court, misses certain key points. It is important that a case which can change the course of history is dealt with utmost care and diligence, writes AMIRA DHAWAN.

THE then United Nations Under-Secretary-General, Phumzile Mlambo Ngcuka in a 2019 speech, stated that for a woman, home is statistically the most dangerous place. Additionally, the World Health Organization, in a March 2020 report, addressed violence against women, especially from an intimate partner, which, due to the COVID-19 pandemic, has been observed to be on a rise. So forth, only 36 countries have not criminalised marital rape, India being one of them.

A division bench in the Delhi High Court is hearing a case pertaining to declaring marital rape as an offence. RIT Foundation, an NGO, has challenged the constitutionality of Exception 2 of Section 375 of the Indian Penal Code, which states that sexual intercourse by a man with his own wife, if the wife is not below the age of fifteen years, will not amount to rape. (‘Fifteen years’ is to be read as ‘eighteen years’ pursuant to the Supreme Court’s judgment in Independent Thought vs. Union of India (2017))

The advocates on behalf of the petitioners and the Amici curie advanced strong arguments in favour of striking down the Exception 2 and deeming it as unconstitutional since it violates the right to equality (Article 14 of the Constitution) and right to life (Article 21 of the Constitution). The Respondent and the Men’s Welfare Trust, a new party inducted in the middle of the on-going court proceedings, vehemently contested that striking down of the exception will lead to breakage of the institution of marriage and increase in rise of fake rape cases, thereby violating the rights of men and destroying the holy institution of marriage.

Also read: Amicus Curiae explains before Delhi HC why exception to marital rape should be struck down

Patriarchal arch to the arguments

The argument that the deeming marital rape as an offence can amount to destroying the institution of marriage, puts forth the ideology that women are still first seen as a wife or a mother, and the very identity of an individual takes a backseat.

The second argument made is the rise in fake allegation of rape. This again has an inherent assumption that most women will lie and misuse the law for their benefit. Furthermore, the argument also shifts the focus from the real current issue and focuses more on the consequences of what might happen. Consequently, the Court is authorised to lay guidelines to ensure that the law is not misused by women for their own benefit.

Structural fallacies in the proceedings

The petition was filed seven years ago and the hearings of the proceedings are still on going. The stance of the Government, throughout the years, has kept changing and it has refused to give a clear stance. Thereby not giving sufficient opportunity to the Petitioners to file proper counters.

The court proceedings have also turned a blind eye towards the aspect of asexuality. The question of whether marital rape is an offence or not, also includes within its purview women who identify themselves as asexual and might never be interested in having any sexual relationship whatsoever. However, no discussion or even mention of it can be found even in the court proceedings.

Finally, the most striking feature of the whole court proceedings is that the division bench consists of two male judges. A case which strikes at the heart of the most patriarchal institution of the society, and necessitates a female perspective to go beyond just the legal technicalities, lacks a female judge. This highlights the very need to have more equitable gender representation in the judiciary and the existing ambiguities in the roster system.

Also read: “It is your right”: CJI Ramana presses for 50% representation of women in judiciary

Life beyond the courts

Beyond the purview of the Court, the key question that needs to be addressed is whether we as a society are ready to have this discussion in our homes?

The question occurred to me when I came across a forwarded message on Whatsapp which consisted of a Google form, asking people to sign an online letter to Prime Minister Narendra Modi to prevent the marital rape from becoming an offence. How can an issue, as grave as this, be decided by garnering online signatures? It only portrays how common people are unable to understand the gravity of the situation.

In a society where women face the overwhelming majority of restrictions, most rights exist only on paper and sex education is scarce, the concept of consensual sexual intercourse is even rarer to find. The government on its behalf has failed to work in the aspect of spreading awareness about this.

The most striking feature of the whole court proceedings is that the division bench consists of two male judges. A case which strikes at the heart of the most patriarchal institution of the society, and necessitates a female perspective to go beyond just the legal technicalities, lacks a female judge.

For even if we are to believe that the Delhi High Court eventually rules in the favour of women and holds marital rape as offence, the real fight of women being able to come out and report their abuse is a struggle that will require all the force of society to be reckoned with.

The hearing of the petition will resume from February 21st at the Delhi High Court.