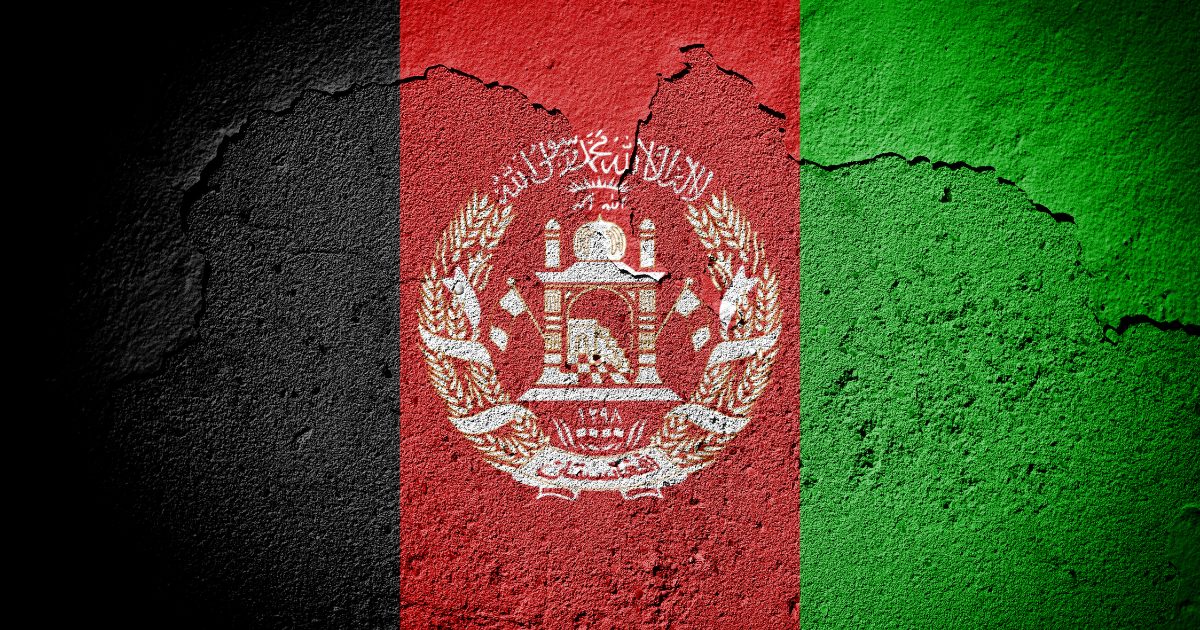 The case for ‘diplomatic’ intervention in Afghanistan under international law

The world cannot disown Afghanistan as the Taliban continues to violate the fundamental principles of international law accepted by the global community of states. There are enough examples of the international community intervening in a country when a non-democratic force usurped the power of a democratically elected government, writes PRATIK PATNAIK.

I was introduced to the beautiful land of Afghanistan through Tagore’s short story, ‘Kabuliwala’. It is the story of Rahmat, a middle-aged dry fruit vendor from Afghanistan, who visits Calcutta to hawk his wares. Rahmat develops a filial relationship with a young Bengali girl, Mini, who reminds him of his own daughter of similar age in Afghanistan. Rahmat would narrate to her stories of his homeland, Afghanistan, and would intently listen to Mini’s incessant chirpings.

An unfortunate series of events leads to Rahmat’s imprisonment and consequent separation from Mini. Several years later, when he is released, he goes to meet Mini but discovers that she is all grown up, and is about to get married. Mini does not initially recognize Rahmat, breaking his heart into a thousand pieces. However, later, with the intervention of Mini’s father, the realization occurs to Mini; her father even gives Rahmat the money for him to travel to Afghanistan out of Mini’s own wedding budget, for which Mini readily agrees.

Unfortunately, we do not see a similar happy ending in the present day for Rahmat’s homeland of Afghanistan. Her friends have also left her to the wolves to fend for herself amidst the chaos of the coup by the Taliban.

The price of not acting

In what came to be famously known as the “Clinton Apology’, then U.S. President Bill Clinton in 1998 formally apologized for having failed to respond to the Rwandan genocide. He had also indicated that he didn’t “fully appreciate the depth and the speed with which [Rwandans] were being engulfed by this unimaginable terror”. This is not an excuse the world can take refuge under today with regard to Afghanistan, as the macabre playing out there is being widely covered by the press.

Traditionally, with some exceptions, the world frowns upon any form of intervention, especially military intervention, in another country. For this reason, we have apologists today arguing that Afghanistan’s fate is sealed as there is no room for any new interventions there, military or diplomatic.

There are, however, enough international law precedents that make the situation in Afghanistan a fit case for “coordinated diplomatic intervention”. Military intervention is not tenable given the bad taste the American ‘war on terror’ has left in the world’s collective mouth. Further, military intervention requires passing the test of the rule against ‘use of force’ enshrined in the United Nations (UN) charter, which makes matters complicated.

Also read: On the legal recognition of the new Taliban government in Afghanistan within international order

The two, ever competing, principles of international law are: (a) sovereignty/territorial integrity of states, and (b) right of self-determination of people. Isolationists would argue that states cannot intervene (militarily or by diplomatic strong-arming) in the ‘internal’ affairs of other states as it would amount to the breach of their sovereignty/territorial integrity. While globalists argue that the ‘people’ are the ultimate sovereign of any state, and their right of ‘self-determination’ and ‘access to a certain dignified way of life’ should trump the doctrine of non-interference.

I would argue that ordinarily one state should not intervene in another’s affairs, whether militarily or diplomatically; however, in certain cases such as: (a) when violation of ‘jus cogen’ norms occur; and (b) extra-constitutional regime changes take place, threatening the right of self-determination of the people, intervention is not only possible but necessary.

The International Court of Justice (ICJ) in its 2010 decision in the case titled Accordance with International Law of the Unilateral Declaration of Independence in Respect of Kosovo (Kosovo Opinion) principally agreed with many isolationist states who had argued that the UN Security Council should not intervene in the process of government formations (through secessions/armed conflict/declaration of independence et cetera) as was the established practice of the Security Council by way of its resolutions 216 and 217 (both 1965) concerning Southern Rhodesia, resolution 541 (1983) concerning northern Cyprus, and resolution 787 (1992) concerning Bosnia and Herzegovina.

However, the ICJ distinguished these circumstances from that of Kosovo’s. The ICJ in Kosovo Opinion noted:

“[I]n all of those instances the Security Council was making a determination as regards the concrete situation existing at the time that those declarations of independence were made; the illegality attached to the declarations of independence thus stemmed not from the unilateral character of these declarations as such, but from the fact that they were, or would have been, connected with the unlawful use of force or other egregious violations of norms of general international law, in particular those of a peremptory character (jus cogens). … In the context of Kosovo, the Security Council has never taken this position”

The ICJ thus recognized an important exception to the golden rule of non-intervention: If the declaration of independence/secessions/coup violated ‘peremptory norms’ or the principles of jus cogens, then the member states would not be wrong in intervening. ‘Jus cogens’ or ‘compelling law’ are fundamental principles of international law that are accepted by the international community of states as a norm from which no derogation is permitted, such as, for instance, ethnic cleansing, genocide, and rape as a weapon of war, among other things.

We do not need to establish the sinister and diabolical character of the Taliban government. It is for everybody to see, beginning from 1996 when they first took power in Afghanistan. The present coup by the Taliban stands on a mound of human rights abuse and violations of jus cogens principles, making it a fit case for intervention.

To summarize the reigning doctrine of recognition of ‘states’ and ‘governments’, the body of international law is largely agnostic to the process of government formation. Governments are largely recognized on the basis of the principle of ‘effective control’ (that is, if it has the apparatus to control most of the territory and maintain international relations), and not so much on the ‘means’ of such control. The Taliban, of course, presently qualifies the ‘effective control’ test.

Since international law is not an enacted body of laws but a set of principles that change over time based on how international law actors (that is, countries and multilateral organizations such as the UN) behave, it is perhaps incumbent upon us to examine some noted exceptions to the ‘effective control’ test. For instance, the anti-apartheid principles advocated by the international community allowed near widespread non-recognition of Southern Rhodesia when it declared independence.

In one of the most important international documents, the ‘Declaration on Principles of International Law concerning Friendly Relations and Co-operation among States in accordance with the Charter of the United Nations’ (many parts of which are recognized as binding international legal principles) in 1970, the UN General Assembly construed the principle of self-determination in a manner that disfavoured intervention so long as the government of a State is “representing the whole people belonging to the territory without distinction as to race, creed, or colour.” [emphasis added] Taliban cannot qualify this criterion by any stretch of the imagination.

State practice in this regard is also solidified by examples such as the U.S. intervention in Mexico when the Mexican military, led by General Victoriano Huerta, staged a coup d’etat and executed President Francisco Madero, the democratically elected leader in 1913. The U.S. president at the time, Woodrow Wilson, signed up to the ‘Tobar Doctrine’.

Under the Tobar Doctrine, states of the western hemisphere were to deny recognition to governments that might come to power via non-constitutional means. President Wilson applied the doctrine when considering recognition of new governments in the Dominican Republic, Ecuador, Haiti, Cuba, Portugal, and the Soviet Union.

Perhaps the most important modern precedent is the intervention of the international community to restore democracy after the election of Jean-Bertrand Aristide as Haiti’s first democratically elected president, was usurped by the Haitian military in 1991. Despite the ‘effective control’ of the military regime, the international community rallied around President Aristide, refusing to recognize the legitimacy of the de facto government in Haiti, and progressively increasing sanctions until President Aristide was restored to power in 1994 via Operation Uphold Democracy, a UN Security Council-sanctioned, U.S.-led military intervention.

Yet another example of such intervention is Sierra Leone wherein 1997, a military coup orchestrated by Major Johnny Paul Koromah deposed the African country’s first elected president, Ahmad Tejan Kabbah. Both the UN and the Organization of African Unity issued statements condemning the coup, calling for the reinstatement of the democratically elected government and demanding the restoration of constitutional order. Finally, democracy was restored in 1998 after the Economic Community of West African States’s Monitoring Group, a West African multilateral armed force, displaced the military regime of Major Koromah upon the latter breaching certain conditions of a previous peace accord.

Could this be a template for intervention in Afghanistan where the Taliban has already breached several conditions of the 2020 U.S.-Taliban ‘peace’ agreement?

While we have had enough of U.S.-led or fomented military interventions acting as the ‘good-hearted gunman’, the people of Afghanistan should not pay the price now for these bad precedents.

Good precedents of coordinated multilateral ‘diplomatic’ interventions are present in the body of international law as demonstrated above, and the world should not give up on Afghanistan without exploring this option. The legitimacy of such intervention can be drawn from two guiding principles- (a) The Taliban government has in the past violated, and continues to violate, jus cogens norms which cannot be condoned, and (b) State practice exists that allows for intervention when a non-democratic force usurps the power of a democratically elected government.

While the democratic credentials of the fallen Islamic Republic of Afghanistan may be questionable by virtue of being formed under American tutelage and safety net, it goes without saying that ‘not enough democratic’ is still better than ‘non-democratic’.

Are we to be mere bystanders to this catastrophe that is playing out in Afghanistan, or should we be like Meena, and embrace our old friend, Rahmat/Afghanistan, albeit after a delay?

(Pratik Patnaik is a Delhi-based corporate lawyer. The views expressed are personal.)