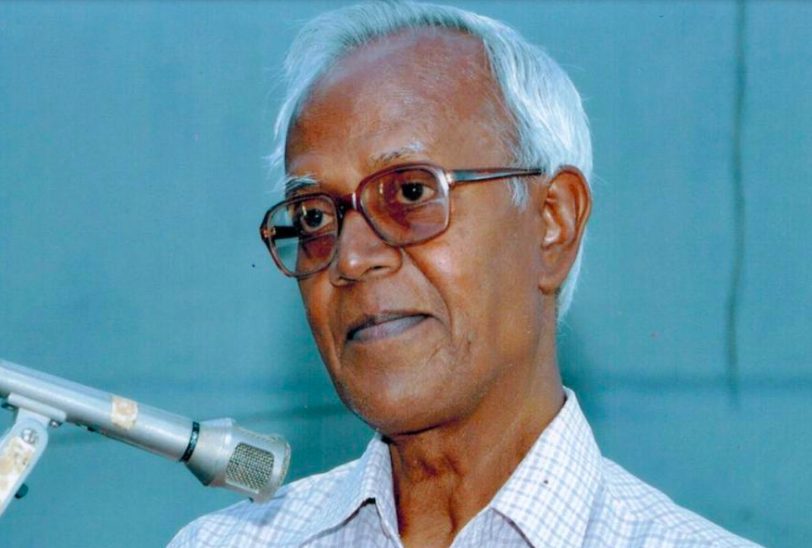 “But we will still sing in chorus. A caged bird can still sing,” are lines from a letter that Father Stan Swamy, Jesuit priest and tribal rights activist, wrote by hand to a colleague 100 days after the National Investigation Agency (NIA) arrested him in October last year. The letter spoke of not only his travails but also the plight of his fellow prisoners in Taloja Central Prison, Navi Mumbai, many of whom were unaware of the charges against them and were in prison for years without assistance. It was a brave letter from an 83-year-old Parkinson’s disease patient who had hearing loss and other age-related ailments. In prison, he became ill and weak, but was shifted to a Mumbai Hospital in only May this year. He passed away on 5 July.

Fr Swamy did not merely pass on as he might have liked to in his beloved Bagaicha, a Jesuit centre near Ranchi, Jharkhand, where he had spent decades in tribal rights work. Instead, his end came on a bed in Mumbai’s Holy Family Hospital after months of neglect in prison during the deadly pandemic, his bail application rejected by the special NIA court, request for a straw-sipper for water turned down by the NIA and scores of sippers rejected by the prison authorities, another application for medical bail rejected in March this year by the same court despite his obvious illness forcing him to file an appeal in the Bombay high court which ordered a medical report on May 4th, a virtual hearing during which he told the HC “can’t walk…can’t eat”, the seven-day wait thereafter for the court order on 28 May which allowed him to be shifted to a private hospital where he tested positive for Covid-19 two days later, suffered cardiac arrest on 4 July and passed away the following day.

Fr Swamy might have been around had he been granted bail or taken adequate care of in the prison, if the prison system was not callous to an ailing octogenarian, if it had not brazenly violated his rights, if the legal process had not become endless rounds of applications and court dates over months, if the public outcry over his arrest and denial of straw-sipper had turned into widespread outrage over the vicious application of the Unlawful Activities (Prevention) Act, if the judiciary had shown sensitivity and courage in handling bail applications of the oldest person accused of terrorism in India, and if the Centre and Maharashtra government had been chastened by courts or public opinion to not strip political prisoners like Fr Swamy of their rights.

Fr Swamy’s death sits heavy on the conscience of Indians who cherish Constitutional values, who recognise the assault on tribals and their lands by profiteering corporates or greedy governments, and who admire the rights-justice work that people like he commit themselves to. His death is “judicial murder”, lamented historian Ramachandra Guha. Peace activist and Mahatma Gandhi’s great grandson Tushar Gandhi said Fr Swamy had been “murdered by the Indian State and by our apathy”. Fr Swamy’s lawyer Mihir Desai demanded a judicial inquiry into the death, held the NIA and the Taloja prison responsible for it, and questioned the need for arrest when the NIA did not want to interrogate further.

Fr Swamy was charged with being one of the conspirators to bring Dalits and Muslims together at the annual Elgar Parishad to take on India’s “fascist government” and of being connected to the banned CPI-Maoist, among other offences. The NIA made these charges in October last year after Maharashtra Police had conducted two searches of his Ranchi premises in August 2018 and June 2019 which had not yielded incriminating material that linked him to the Bhima Koregaon-Elgar Parishad case. The NIA took over the case in January 2020. In July-August, in the middle of the pandemic, it interrogated Fr Swamy for 15 hours and called him to Mumbai. When he declined, a team went to Bagaicha, brought him to Mumbai and lodged him in Taloja prison. The NIA charge-sheet provides details of his association with Maoists and communication apparently seized from him to show his involvement in CPI-M activities, but Fr Swamy had challenged all this as false. Investigating officers alleged that the Persecuted Prisoners Solidarity Committee, of which he was a key member, was a Maoist front organisation.

Fr Swamy may have sympathised with the ideology or CPI-M but should it invite charges under the UAPA? Even if, by a stretch of imagination, he had to be made an accused in the Bhima Koregaon-Elgar Parishad case, does it justify the callous treatment and denial of bail on medical grounds? In the New India that the Narendra Modi Government presides upon, the Left is to be reviled or mocked; any link to Maoism—even an imaginary one—is enough for a hyper-nationalist public to wish harm or death to Leftists. Remember the bogey of “Urban Naxal”?

In this New India, Fr Swamy was “convicted” and condemned long before he could be brought to trial. Running parallel to the judiciary are mob courts, online and offline, quick to dispense “justice” in line with dominant and popular opinion. Fr Swamy’s religion and work made him an easy target for mob justice which has no patience for judicial process, and this process did not factor in that key evidence in the case was planted on a laptop of one of the accused—possibly even Fr Swamy’s. The delight that online mobs expressed at the death of a “rice-bag convert” was sickening though predictable, to say the least.

The Bhima Koregaon-Elgar Parishad case smacks of a conspiracy to contain—or finish—opposing ideologies, especially the Left. The UAPA which was armed to the teeth by the Manmohan Singh government in 2004 was given fangs by Home Minister Amit Shah in 2019. The amendments of 2019 allowed the State unprecedented power to designate individuals as terrorists without trial and powered the NIA to take control of cases which were under various state police. As many as 16 intellectuals, activists, writers and others—all Left-wing dissenters of the Modi government—have been charged in the Bhima Koregaon-Elgar Parishad case. Another set of student leaders have been incarcerated in Delhi riots and related cases.

The government has stubbornly held on in the face of world-wide censure and appeals for their release. The treatment meted out to the Elgar Parishad case accused in prison and courts follows a pattern—Sudhir Dhawale was denied Covid-19 vaccine because he did not have his Aadhaar card which incidentally had been seized by cops, Prof Hany Babu’s wife told the press that he was not getting medical treatment, and Sudha Bharadwaj’s bail on medical grounds was denied too. Six weeks before he passed away, Fr Swamy had requested the HC for interim bail. It was not to be. What sinister plan is afoot?

His death as an under-trial is convenient for the State but it is a matter of shame for Indians who value dissent and democracy. Incidentally, the NIA has not deemed it necessary to probe the role of right-wingers Sambhaji Bhide, or Bhide Guruji, and Milind Ekbote in the casteist violence in Bhima Koregaon that eye-witnesses have spoken about. The two men roam free. Fr Swamy pleaded for a slice of freedom to return to his roots in Ranchi—in vain. The “caged bird” was forever free on 5 July.

However, true to his spirit, in his most feeble condition, Fr Swamy did his fellow pilgrims a favour. He filed a fresh criminal petition before the Bombay high court challenging the constitutional validity of section 43 (D)(5) of the UAPA which denies bail to those accused of offences under Chapters IV and VI of the Act. He also opposed the use of “frontal organisations” by authorities to arbitrarily oppose bail applications, citing Article 14 and Article 21 of the Constitution in his support. This must be moved forward as a tribute to the man.

Perhaps with a premonition of what lay ahead, two days before he was arrested, Fr Swamy had spoken on camera about how prominent intellectuals, lawyers, writers, poets, activists, students and others were being jailed because they expressed dissent or questioned the ruling party. “In a way I am happy to be part of this process. I am not a silent spectator but part of the game, and ready to pay the price whatever be it,” he had said.

He knew the odds, he paid the price. That price is a blot on India’s Constitution and her political fabric.

The author, a senior Mumbai-based journalist and columnist, writes on politics, cities, media and gender. The views are personal.