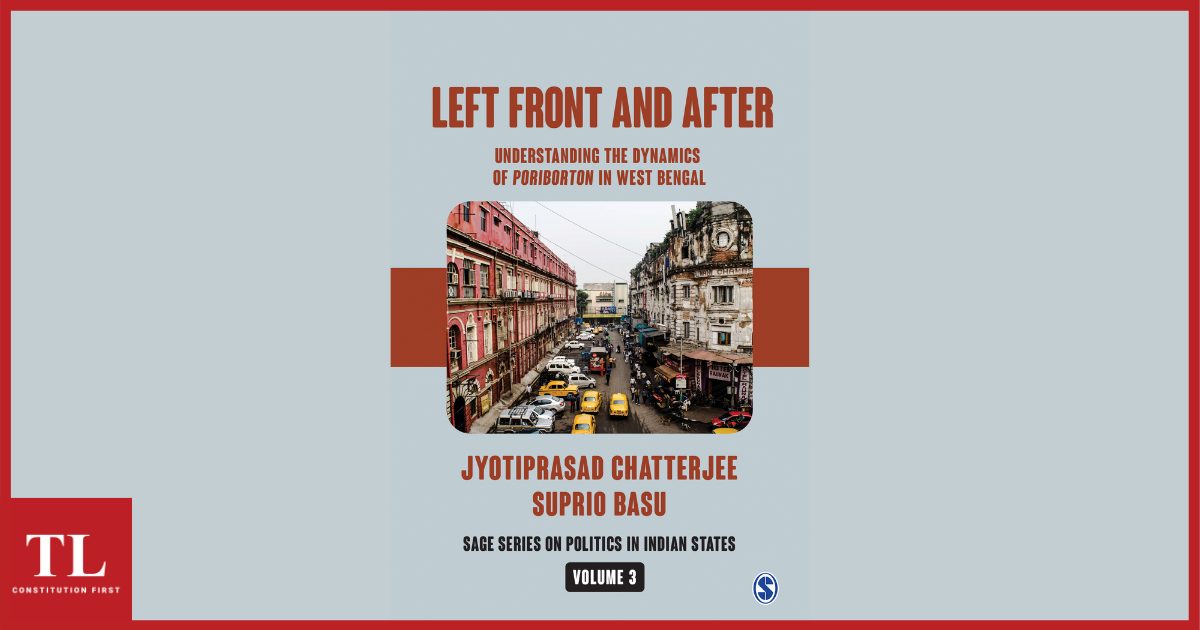 This is an excerpt from Left Front and After: Understanding the dynamics of Poriborton in West Bengal edited by Jyotiprasad Chatterjee and Suprio Basu published by ‘SAGE’.

THE history of peasant movements in West Bengal, as well as India, provides enough examples of the noteworthy participation of women. This was especially pronounced in those movements where the Adivasis, the Dalits and other socio-economically weaker segments of the population participated significantly. That the women participated in the anti-land acquisition movements actively could be discerned by the fact of their victimization.

In the context of Singur movement the women protestors, as mentioned the Interim Report of the Citizens’ Committee on Singur and Nandigram on 29 January 2007, ‘…were beaten up by male policemen, filthy language was used….’ The National Confederation of Human Rights Organizations (NCHRO 2006) mentions on 5 December 2006 that during the Singur protest, ‘The female arrestees at Chandannagar police station alleged that they were manhandled, beaten, molested and sexually abused by the male policemen at the time of arrest and while being transported to the police station.’ The women protesting land acquisition did exhibit a well-developed consciousness about the goal of the movements and the difficulties involved in attaining it.

In the context of Nandigram, the Muslim women surrounding the members of the Citizen’s Committee expressed their obstinacy, ‘Jami amra chharbuni’ (we will not leave our lands). They continued with the same vigour, ‘Even if we lose our sons and husbands, we will fight on, how many policemen can they send, there are more of us’ (South Asia Citizens Web 2007).

Finally, the informal nature of the organization formed to carry forward the movements. In Singur, the anti-land acquisition protestors formed the SKJRC, while those supporting the Tata Motors factory at Singur formed the Nano Bachao Committee.

All these organizations were informal people’s forums to resist the land acquisition drive of the LF government in West Bengal formed during the second half of the first decade of the 21st century. They lacked the formal organizational structure of an organized political party. These were also without a definite and recognized leadership pattern. Another distinctive feature of these organizations was there rooted- ness in the locality. This was important not only to wage localized wars against land acquisition but also to address effectively the issue of cultural aspiration of the local people, which under the economic onslaught of multinational capital might face the threat of jeopardy.

Formal political organizations perhaps for their institutional nature and wider scope and network of activities, fail to touch upon the cultural distinctiveness of particular communities embedded in their respective localities. Unlike the established political parties, these were the autonomous political spaces facilitating the cause of everyday peasant resistance at the micro level against the accumulative drive of capital, national as well as global, operating under the neoliberal framework.

These features of the anti-land acquisition movements exhibit close resemblance to the collective mobilization of the subalterns. Their spontaneity, gender neutrality as was apparent from the wider participation of the women and informal or loosely patterned localized organizations mark these off from the more institutionalized politics of the elites. These bring them close to the political idioms of the subalterns, which relied ‘…more on the traditional organization of kinship and territoriality or on class associations depending on the level of the consciousness of the people involved’ (Guha 1988, 40).

These marks of subalternity, which find their ready reference among the classical peasant movements associated with the manifold aspects of politics, economics and culture of agriculture, were also present in the popular movements against land acquisition at Singur, Nandigram and elsewhere. This ultimately leads to the portrayal of the movements having the conflict core in the fundamental contradiction between agriculture and industry.

Undeniably, the acquisition of agricultural land for industries of scale, as has been done by the LF government, created the necessary space for the opposition to mobilize the peasantry. This was quite evident in Singur, Nandigram and some other places. Since the process of land acquisition in spite of all the protests was completed at Singur, it would be a classic example to analyse its impact upon the evolving nature of political contradiction in West Bengal during the first decade of the present century.