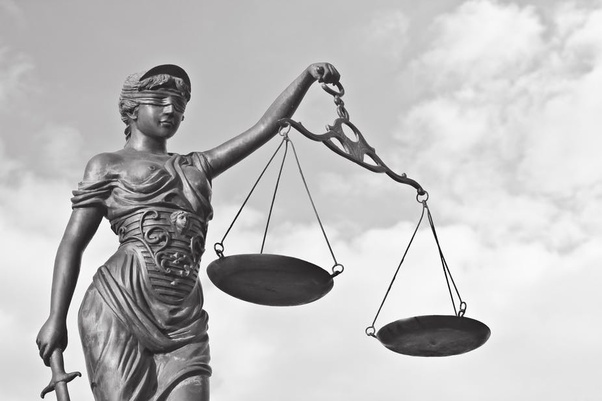 Sections 377 and 375 of IPC: united we stand for limited inclusivity, divided we fall prey to heteronormativity

Advocating the repeal of Section 377 of the Indian Penal Code, ANUKA BACHAWAT illustrates the redundancy of the provision by showing that it is discriminatory, as well as neither substantively not procedurally equipped to punish sexual offences, both on its own and along with Section 375 of the Code.

The crux of the argument advanced herein is that Sections 377 and 375 should not exist as separate offences because Section 377 is both discriminatory as well as substantively and procedurally ill-equipped to deal with forms of rape not covered by Section 375. This calls for the repeal of Section 377 and a broadening of Section 375 to include non-hetero-normative rape to guarantee equal protection of the laws under Article 14 of the Indian Constitution.

Also read: To achieve true equality, challenges that lie beyond reading down Section 377 cannot be ignored

Originally, Section 377 criminalised carnal intercourse against the order of nature, that is, any non-procreative sexual act performed with a man, woman or animal. However, after the reading down of Section 377 by the Supreme Court in its judgment in the case of Navtej Singh Johar & Ors. vs. Union of India (2018), only non-consensual sexual activity of the nature prescribed in the section is punishable. All other forms of sexual activity earlier proscribed by the provision are now legal.

Since the sexual acts mentioned in Section 377 are not gender-specific, there is scope for both non-male perpetrators of rape and non-female victims. This, of course, moves beyond the prescriptions of Section 375 which only allows for male offenders and female victims.

The current language and practical application of Section 377 show that this section cannot exist independently to punish all forms of rape not prescribed in Section 375. The first reason is that the language of Section 377 provides a remedy to a limited demographic. Currently, non-consensual “[p]enetration is sufficient to constitute the carnal intercourse necessary to the offence” described in Section 377. The requirement of “penetrative carnal intercourse with man, woman or animal” allows the victim to be either male or female. In the section, ‘whoever’ refers to the sex of the offender and means it can extend beyond male and female. The ‘whoever’ thus ensures that Section 377 offenders can include transgender individuals.

While offenders can belong to any sex, victims remain either male or female. Thus those recognised as transgender by the law cannot obtain redressal under this section, while the possibility of them being perpetrators remains open. This suggests a problematic presumption in the law that transgender individuals can be rape offenders but not victims. This presumption is challenged by the prevalence of the rape of transgender persons in India, and highlights the need for inclusive rape provisions.

Both the text of the section and its interpretation limit the offence to penetration. While Navtej Singh Johar calls for a wider interpretation of ‘order of nature’, it does not specify additional sexual acts that Section 377 should include. Section 375, on the other hand, includes a wide range of penile as well as non-penile penetrative and non-penetrative acts, introduced by the Criminal Law (Amendment) Act, 2013.

The gradations of rape in Section 375 highlight the narrowness of the non-consensual acts punished by Section 377.

The differentiation in the gravity of offences in Section 375 and Section 377 shows that the current rape provisions do not provide all individuals with equal protection of the law as mandated under Article 14 of the Constitution.

Also read: #Section377: The long road to LGBTQI freedom and the history of the legal challenge

Why combined reading of the two sections is an insufficient solution

To resolve this gravity differential, one could argue that Section 377 and Section 375 can be harmoniously constructed. However, it can be illustrated that even this remedy is not inclusive.

Section 377 is not a reliable gateway to gender-sensitive rape as it has been read down, not struck down. The current version of Section 377 is imbued with uncertainty as it can possibly be overturned by the Supreme Court in future. There is room for Sections 375 and 377 to be harmoniously constructed in the interim, but this must only serve as a temporary remedy until new legislation is framed.

Despite this, Section 375 cannot be relied on heavily for non-heterosexual rape as it was framed in consideration of the specific sociological position of women. It does not account for the nuances and lived realities of rape for other gender minorities. Since Section 375 does not account for scenarios where men or transgender individuals might be especially vulnerable, a combined reading of sections 377 and 375 will not ensure protection for non-female sexual minorities. This would leave too much to the discretion of courts and judges, whose biases and lack of gender sensitization training could skew judicial decisions.

An argument that supports the wide applicability of Section 377 is its potential to provide redress for marital rape which is not criminalised by Section 375. However, this argument is often called into question because Section 377 is “seldom used to intervene in matters of heteronormative couples”. Thus, Section 377 is not equipped to address gender-sensitive rape as well as marital rape.

Roots of Section 377, and the peril of connecting the section with rape

The history of the section as well as its legislative intent had formed the basis of arguments for its unconstitutionality. Owing to social media activism as well as its media and popular culture representations, Section 377 has become synonymous with the state’s condemnation of queerness in the same way that Section 420 of IPC conjures associations of cheating even for those not well-versed with criminal law.

If made to function as a rape provision, the queerness in Section 377 will come to be associated with sexual violence and rapists. This has the potential to reinforce the stereotype of non-normative people as dangerous sexual deviants, much like Section 377 in its original form sought to do.

Also read: #Section377 read down: The road ahead is long and arduous

A combined reading of Sections 375 and 377 allows for more pervasive rape protections under Section 377. However, the effectiveness of this combined reading is diluted by the lack of safeguards for non-female sexual minorities in either section, exclusion of transgender victims, the inherently discriminatory nature of the provision, and lack of permanence of the read-down Section 377. These factors would defeat the purpose of a combined reading or an amended gender-sensitive Section 377.

Thus, while section 377 can be used as an interim provision for rape, its very existence stresses the need for its repeal and new legislation for a wider conception of rape under Section 375.

(Anuka Bachawat is a student of law at the Jindal Global Law School and a graduate in Literature from Ashoka University. The views expressed are personal.)