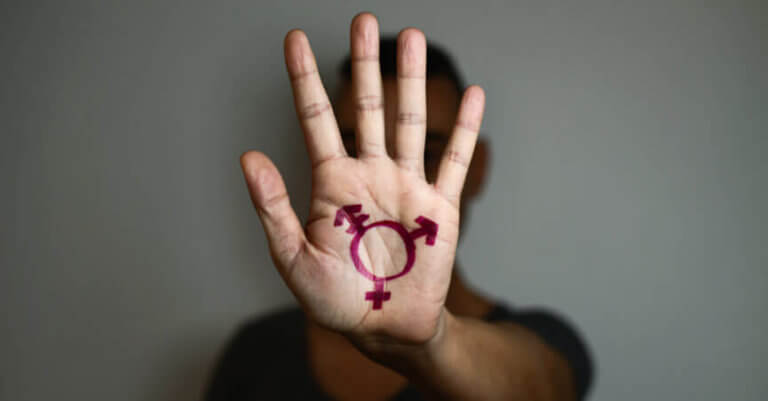 Transgenders and Rape Law: Is equal protection of law still a pipe dream?

Should rape be a gender-neutral offense covering men and transgender persons? The authors discuss this issue in the context of decisions of the courts on the subject.

“We should indeed keep calm in the face of difference, and live our lives in a state of inclusion and wonder at the diversity of humanity.” – George Takei

DECEMBER 5, 2019, marked a dark day for the LGBTQ community when the heavily debated Transgender Persons (Protection of Rights) Act, 2019 [“2019 Act”] received the assent of the President and came into force and became the governing law relating to transgenders in India. It however fell remarkably short of the expectations sought to be fulfilled and has added to the already existing problems in India’s socio-legal sphere.

In 2014, the Supreme Court of India passed a pathbreaking judgement in the matter of NALSA v. Union of India[“NALSA judgement”] and granted recognition to the transgender/third gender as ‘persons’ falling under the ambit of Article 14 of the Indian Constitution. The motive behind this judicial action was to grant equity and equality to members of the transgender community and to do away with the ‘second-grade citizen’ status attached to them.

Even though the current legislation has rectified a few glaring errors that existed in the highly controversial 2018 Bill, it still is very much in contravention to the 2014 judgement. One of the many lacunae existing in the Act is discrimination in matters of sexual offences against members of the transgender community.

In the aftermath of the NALSA judgement, certain definitive legislative action was the need of the hour for ensuring adherence to constitutional principles. To ensure this, a comprehensive statute constructed around the said principles which afforded equality of status and recognition to the members of the transgender community was required.

However, in the six odd years since the pronouncement there has hardly been a conscious effort to grant the fair treatment which has been long overdue and the 2019 Act has also failed to consolidate these open ends. These gaps need to be brought in perspective so as to depict the inadequacies that currently exist in the law.

The right to self-perceived gender identity was recognised as a Fundamental Right under articles 19 and 21 of the Constitution by the NALSA judgment. The rationale behind the same was to place cis-gender and transgender identities on the same pedestal. However, Section 4(2) of the 2019 act provides granting of self-perceived gender identity after identification, i.e. recognition under the concerned provisions. It can, therefore, be said to be in direct contravention to the stand of granting identification on the basis of gender identity that was taken by the Apex Court in the aforementioned decision.

Second issue in this regard is the absence of a clause dealing with the government’s affirmative action towards the transgender community in light of Articles 15 and 16 despite the Court’s ruling that the said community should be treated as a ‘socially and educationally backward class.’ The right to affirmative action which was recognised by the Supreme Court has not flowed through the said legislative action to bring this community on an equal footing as the rest of the citizens despite the history of injustice and social mistreatment which have created subhuman conditions for the transgenders in an exceptionally large number of cases.

The issue at hand, however, is that this legislation does not extend equal protection of the law to this community in the matter of sexual offences as is enumerated in Article 14. Section 18(d) of this Act treats offences of a sexual nature against this class of people as a petty offence and being less grave as compared to similar offences against women. This is a clear violation of the constitutional spirit, leading to an urgent need to address this injustice and the same has been further elaborated upon in the forthcoming chapters for a clearer understanding of the issue.

Arguments in favour of a gender-neutral rape law

Gender neutrality within rape statutes refers to the concept that criminal law should recognize the fact men, women and transgender persons can be rape victims as well as perpetrators. Such a belief system reflects a modern understanding of the nature, effects, and dynamics of nonconsensual penetrative (and non-penetrative) sex acts on the individuals involved and the society, too.

The law dealing with rape has been provided u/s 375 of the Indian Penal Code and is based on the presupposition that the offence of rape can only be committed by a male perpetrator upon a female. This view does not conform to the central idea of equality and equal protection of law as laid down in Article 14 of the Constitution.

However, it was only by the Criminal Law (Amendment) Bill, 2012 that a legislative change was proposed, for the first time, providing for a gender-neutral definition of rape. The same, however, failed to acquire the sanction of law amidst the massive socio-political uproar caused by the infamous Nirbhaya Rape case.

The main opposition against gender-neutrality in rape law has been due to the existing social norm of it being a gendered crime arising out of a patriarchal bent of mind. The rationale behind the same is that in most cases, rape is committed onto the body and the integrity of a woman. There exists a fear that adopting such a definition of rape would make the position of women even more precarious rather than ensuring protection is another important factor.

It must, however, be understood here that gender neutrality of rape laws only aims to widen the ambit and extend the protection of law to females, males and transgender persons alike Furthermore, it strikes at the preconceived notion as regards to the perpetrator in cases of rape and seeks to punish all such persons guilty of the crime of rape, irrespective of their gender.

Sexual assault against transgenders – a petty offence: Discrimination in motion

The argument in favour of gender-neutral rape laws has surfaced again owing to the outrightly discriminatory provision in the 2019 Act dealing with offences against transgenders which reads as follows:

(d) harms or injures or endangers the life, safety, health or well-being, whether mental or physical, of a transgender person or tends to do acts including causing physical abuse, sexual abuse, verbal and emotional abuse and economic abuse, shall be punishable with imprisonment for a term which shall not be less than six months but which may extend to two years and with fine.

The wording of this provision downplays the graveness of sexual offences including (but not limited to rape) just because they have been committed against a transgender person. It would, therefore, be ironic to note here that in case of rape of a woman, the prescribed punishment may extend upto imprisonment for a lifetime while an offence of a similar nature upon the body and dignity of a transwoman, is treated as a petty offence.  The insensitivity that the law extends towards this community has drawn criticism from LGBTQ activists across the country and needs to be rectified urgently.

Moreover, it stands in flagrant disregard of the rights conferred upon the transgender community by the Apex Court in its NALSA judgement. Elaborating upon the issues, the Court was of the opinion that there exists a severe problem in the society with reference to the treatment of the TG community as ‘lesser citizens’ and insensitivity towards the rampant sexual violence against its members. The object of having extended recognition towards transgenders was making available equal protection of law and prevention of harassment, violence and sexual assault against them.

The root of this problem lies in a deeply ingrained notion of rape being of a gender-restricted crime which further arises due to toxic notions of masculinity, widespread ignorance, lack of understanding and acceptance and transphobia prevalent in the Indian society.

The gender neutrality of rape law is in consonance with the doctrines of equality before the law and equal protection of the law, as envisioned under Article 14 of the Constitution of India. Therefore, incorporating a gender-neutral rape clause would not merely disregard the instances of the crime of a similar nature, that do not align with the gender specificity of the currently accepted definition, as mere unfortunate incidents, but instead provide similar protection of law to all the victims and punishment for all the perpetrators, irrespective of their gender.

Despite the inadequacy of the 2019 Act, there is still hope for betterment in the status quo and making away with the disparity existing in law. On the 12th of July, 2019, private member KTS Tulsi introduced a Bill which sought to amend the criminal law and make the sexual offences listed in the penal code gender neutral.

The Statement of Objects and Reasons of the Bill asserts that “the intention of the bill is not to undermine the experiences of women subjected to rape and discrimination. But, as society matures, we must develop empathy for all and this includes male and transgender rape victims also.”

Due to the restricted scope of sexual offences (including but not limited to rape) in India currently, it is the members of the transgender community who suffer the most. The problems of transgender individuals being subjected to sexual violence was also highlighted by the Apex Court in its NALSA judgement.

However, instead of providing protection to transgender individuals from the widespread discrimination, the 2019 Act has granted it the sanction of law and provided legitimacy to all such acts of discrimination. It must also be noted here that when the Supreme Court struck off the part of Section 377 that criminalised consensual homosexual activity, it certainly did not intend to decriminalize all non-consensual sexual activity amongst individuals.

It would, therefore, befitting to say that non-consensual sexual contact involving penetration against any person needs to be categorised rape. Such an expansion in the definition would ensure the protection of rights of individuals irrespective of the social construct of gender.