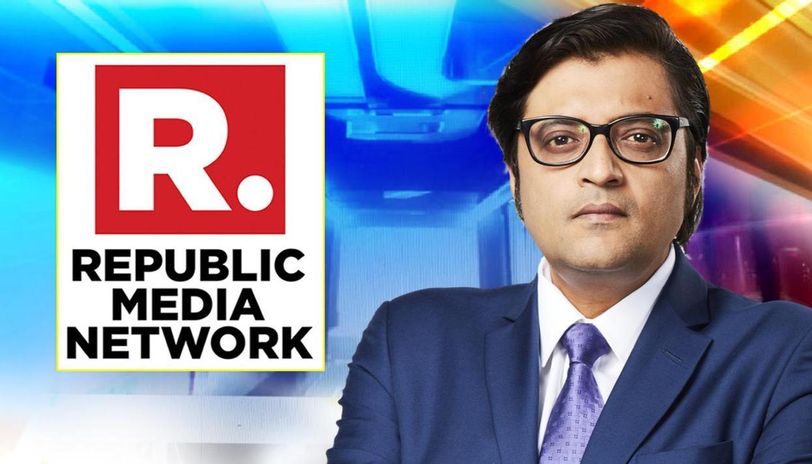 The Leaflet·October 10, 2020
Home
Due Process
Democracy and Rule of Law

Republic TV’s chief financial officer (CFO) Shiva Sundaram has written to the Mumbai police informing it of the petition filed by him in the Supreme Court challenging the summons issued to the channel in regard to the alleged case around the Television Rating Points (TRPs) scam.

Sundaram has requested the Mumbai police not to proceed with the investigation in so far as Republic TV and its employees are concerned.

“I refer to the above summons issued by you on October 9, 2020 asking me to be present at your office on October 10, 2020 at 11 pm for the purpose of your investigation in the subject First Information Report. At the outset, I would express my commitment to cooperate in the said investigations,” Sundaram has said in his letter. 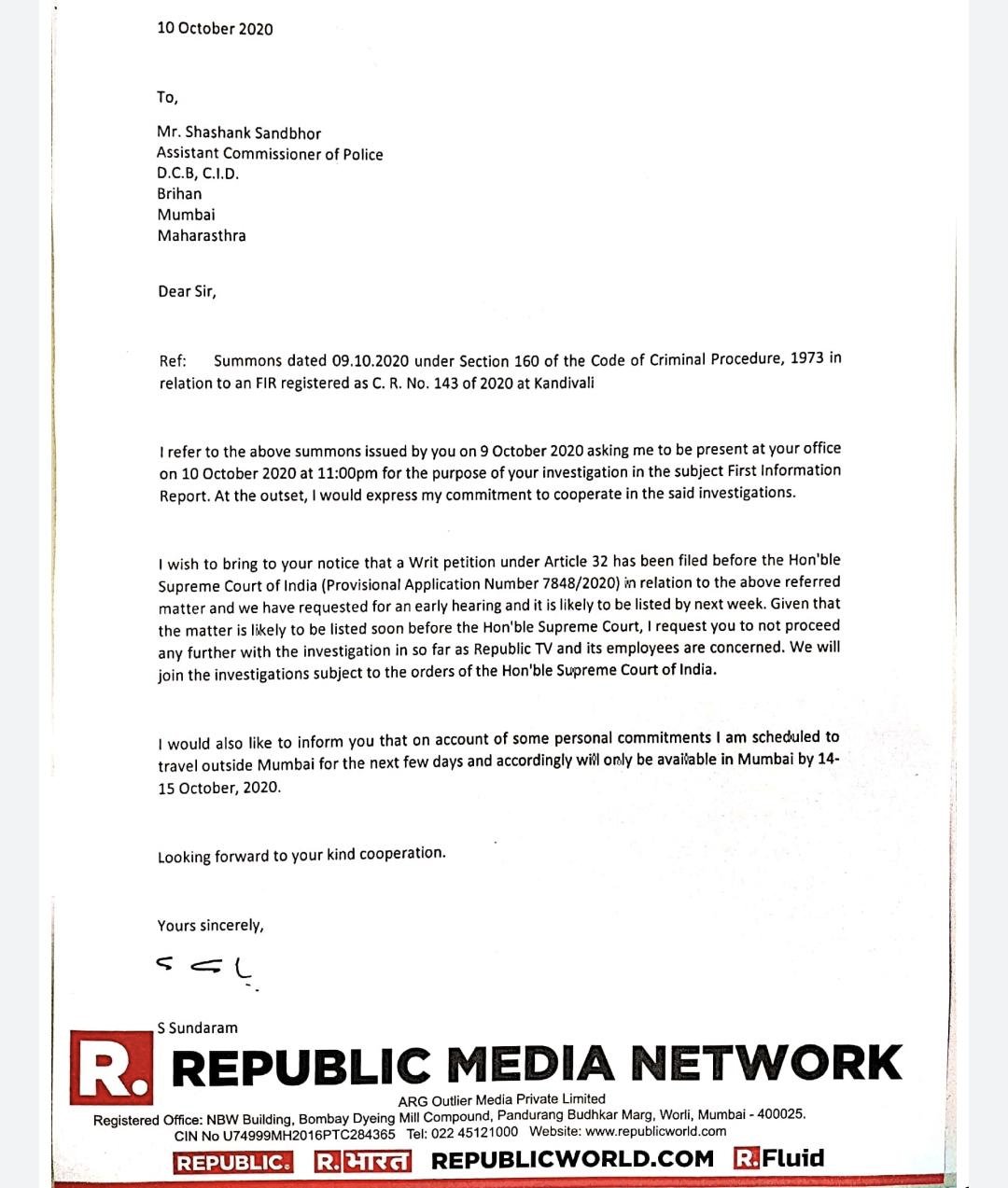 He also informed the police that on account of some personal commitments he was scheduled to travel outside Mumbai for the next few days and would, therefore, only be available in Mumbai by 14-15 October 2020.

Republic’s CFO was asked to appear before the police today to record his statement.

The Mumbai Police Thursday claimed to have busted a “racket” where Television Rating Points (TRPs) of certain channels, including Republic TV, were being manipulated illegally.

Singh added that two persons have been arrested in the matter.

BARC, which measures TRPs, has installed over 2,000 barometers in Mumbai for measuring the data. The locations where these barometers are installed are confidential.

“During the investigation, we found that ex-employees of the firm that BARC has contracted for installing these barometers were influencing it,” the Mumbai Police Commissioner said.

Police Commissioner added that many of the people in whose homes these barometers have been installed have accepted that they have been monetarily beneficial for keeping their TV sets on even if they actually did not watch.

Certain witnesses, the Police Commissioner said, have come forward stating that they were induced by the arrested accused persons and their accomplices for a monthly consideration.

Refuting the allegations, Editor-in-Chief of Republic TV  Arnab Goswami said “Param Bir Singh has made false allegations against Republic TV because we have questioned him in the Sushant Singh Rajput case investigation. Republic TV will file a criminal defamation case against him.”