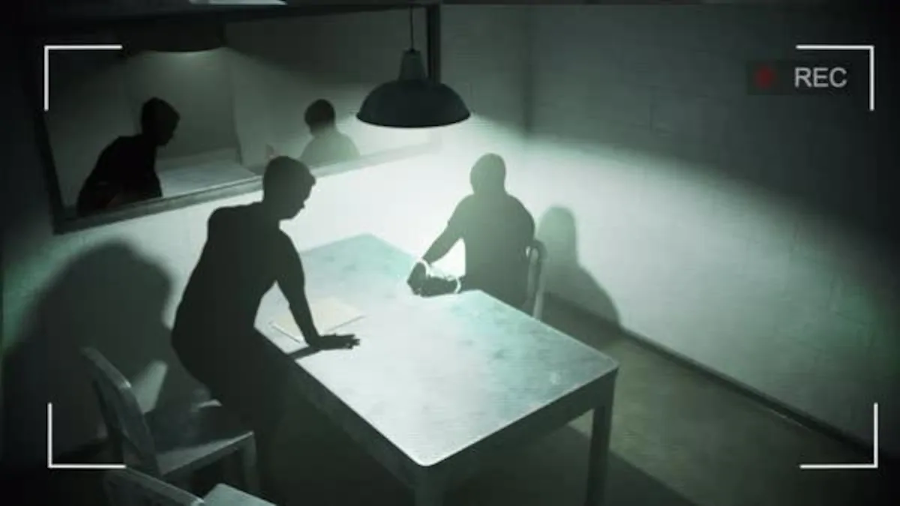 AnalysisDemocracy and Rule of LawHuman Rights

A recent Supreme Court judgment that ordered the installation of CCTV cameras in interrogation centres strikes at the very heart of police brutality and gives clear guidelines about where and how these should be put up. It was probably one of the proudest moments for all staunch believers in the Constitution of India and is a remarkable document in reclaiming human rights, which had been trampled by the might of the State, writes NEELESHWAR PAVANI

“The Constitution is more than a legal parchment. It is a fabian socio-economic instrument with a revolutionary thrust. Indeed the high purpose and the wealth of human rights which inhere in the citizens of India by virtue of the Constitution are condensed, with delicious brevity and precious dignity, in the preambular passages. We can never forget that the people of India as a whole, not the elite nor the upper strata nor, indeed the power brokers and creamy layers but all the people are title-holders under the Constitution. ”

The Supreme Court for quite some time now caused a stir with some of its orders. These include speedy justice in the case of a well-known TV artiste who claimed to be a journalist; in being a fence-sitter when human rights activists were picked up under the draconian Unlawful Activities (Prevention) Act; courting controversy by exercising its discretionary and plentiful powers of contempt and being accused of functioning as an Executive Court.

While the flip-side of a majoritarian government is that some of its lop-sided policies are being scrutinised and dissected by powerful dissenting voices, there is also a movement of citizenry, regardless of their economic stratifications. With a bustling democracy being ruled by a government with the proverbial “iron fist”, there is insurmountable pressure on the Supreme Court.

When a rabble-rousing comedian derides the Court with tweets like “honour has long left the building”, it is for the Court to restore its gravitas and enforce status quo. This is precisely what it did recently when a three-judge bench led by Justice RF Nariman pronounced a judgment in Paramvir Singh Saini V. Baljit Singh & Ors. It can be described as the proudest moment for all staunch believers in the Constitution of India.

The judgment cannot be defined even in the most laudatory terms. It was a sure shot solution to quash false and trumped-up charges, malicious prosecution and was a veritable safeguard against a government who doesn’t shudder to use the might of the State to implicate those who have different leanings and who advocate free thought and speech.

The judgment of a three-judge bench led by Justice RF Nariman in Paramvir Singh Saini V. Baljit Singh & Ors can be described as the proudest moment for all staunch believers in the Constitution of India.  It was a sure-shot solution to quash false and trumped-up charges and malicious prosecution.

This momentous verdict, which will ensure a decline in the trenchant criticism of the Court, has its roots in Shafi Mohammed V. State of Himachal Pradesh where the issue of capturing important evidence on CCTVs during investigation cropped up. It was suggested by the additional solicitor general, based on benefits noted by the National Institute of Justice, US, that the crime scene be video-graphed by policemen who would wear body cameras.

Further, the Court appointed two senior advocates as amicus curiae and directed the Ministry of Home Affairs to set up a Central Oversight Body which would be responsible for implementing videography of the crime scene across India and to make solid suggestions to enhance its use and point out deficiencies in infrastructure and cost compliances.

The Court herein re-emphasised the guidelines in D.K.Basu V. State of West Bengal regarding upgrading police stations and prisons with CCTV cameras to check the abuse of human rights.

The Court had acted on a special leave petition on the question of audio-video recordings under Section 161 (3) of the CrPC which says that a police officer may reduce into writing any statement made to him in the course of an examination.

The Court belled the cat and framed a larger question of whether any statements given by anybody in police custody are free from coercion and whether CCTV cameras should be installed in all police stations.

The Supreme Court while arraying all states, apart from the Ministry of Home Affairs, again requested the service of an amicus curiae and issued a notice to the attorney general. The Court, on receipt of each state’s affidavit and Action Taken Report, was woeful about how strategically the states had tried to subvert substantial information such as how many police stations were there or the minutes of the Oversight Committee of each state created through an order in Shafi Mohammed’s case (supra).

In the midst of representations by states about the paucity of funds to install CCTV cameras in all police stations, the Supreme Court put its foot down and refused to accept any flimsy excuses regarding police machinery, style of functioning, interrogative methods and willful suppression of liberty, accompanied by grave human rights violations.

The Court even defined the kind of CCTVs which should be installed–they would need to have both audio and visual facility and be adept in providing night vision. Most-importantly it directed that the footage collected via CCTVs should be preserved for a minimum period 18 months.

The composition of the SLOC would include the Secretary/Additional Secretary of the Home and Financial Departments, DGP, IGP and Chairperson, Member of the State Women’s Commission. Similarly, the composition of DLOC would include the Divisional/Revenue/Regional Commissioner, District Magistrate, SP and mayor of municipality/head of Zilla panchayat.

These SLOCs were entrusted by the Court to carry out all its directions within a reasonable time frame. It would include obtaining and procuring a budget from the state, purchase and distribution of CCTV cameras, continuing maintenance, monitoring and upkeep of these CCTVs and keeping an eye on the performance of the DLOC by reviewing monthly reports.

The DLOCs, in turn, were entrusted to maintain regular interaction with all the SHOs of all police stations in the respective district. This would include the SHOs making complaints of malfunctioning CCTV devices and surprise visits by any member of the DLOC to see the working of cameras and its recordings in police stations. They would also check if any human rights violations have taken place. The DLOC would be expected to make mandatory monthly reports about the functioning/non-functioning, drawbacks and advantages of the cameras to the SLOC.

All states and Union Territories were directed to immediately install CCTV cameras at different locations in every police station in their respective jurisdictions. They would have to be installed at all entry/exit points of the station, all corridors, reception and lobby area, lock-ups, interrogation cells, front and back compound of the station and outside washrooms. It even defined the kind of CCTVs which should be installed–they would need to have both audio and visual facility and be adept in providing night vision. Most-importantly it directed that the footage collected via CCTVs should be preserved for a minimum period of 18 months and existing CCTVs should also be upgraded to preserve footage for this amount of time.

It further directed that the Union government should similarly install CCTV cameras at multiple strategic points, including interrogation rooms in all investigation agencies under its control, namely the CBI, ED, NIA, NCB, DRI, SFIO and any other agency that possesses the power to arrest and interrogate.

Batting for Human Rights of Citizens

Lastly and most imperatively, it held that a person in custody who has been subjected to custodial excesses/torture can approach the State Human Rights Commission (SHRC) for redress. The SHRC can, in tandem with their conferred powers under Sections 17 and 18 of the Protection of Human Rights Act 1993 work accordingly. And if someone accuses a police official or any official of the above investigation agencies, the complainant is entitled to a copy of video footage of the CCTV camera where the alleged violation took place. SHRCs can, in accordance with the law, deal with such complaints. A direction to establish more human rights courts in districts was also given.

In the current political atmosphere that is dominated by a majoritarian government and a plaint media, an aura of invincibility has been created around leaders. Such a godly aura has been the driving force for bypassing parliamentary procedure and introducing and amending laws, be it the farm ones, CAA, GST, RTI, UAPA or CVC to the detriment of a majority of the dissenters.

The judgment places importance on human freedoms and eradication of custodial torture, which in itself is a violation of the Right to Life. The Supreme Court has acted swiftly to nip the problem of state excesses by enunciating these guidelines and giving teeth to Human Rights Commissions with explicit direction to act on any complaint against police officials and give the aggrieved a proper remedy.

Deliberation and dissent have been type-casted in the mould of anti-nationalism. Such “dissenters” have been charged and slapped with sedition, waging war against India, National Security Act, UAPA and Official Secrets Act. Other disagreeing voices who run non-profit organisations for the benefit of the marginalised are equally fettered with the capping of international donations. The State, which doesn’t relish even moderate criticism by activists, journalists, lawyers and civil society, launches a witch-hunt by its agencies.

This judgment of the Supreme Court acknowledges this fact implicitly and rectifies the ills of the most dire laws, which are genuinely in the interests of national security. The judgment places importance on human freedoms and eradication of custodial torture, which in itself is a violation of the Right to Life. The Supreme Court has acted swiftly to nip the problem of state excesses by enunciating these guidelines and giving teeth to Human Rights Commissions with explicit direction to act on any complaint against police officials and give the aggrieved a proper remedy. It encapsulates the principles of natural justice when it confers the right on the complainant to be entitled to a copy of the video footage where apparent force on him was applied.

The Court has from the 1970s in Raghubir Singh V. State of Haryana decried the “diabolical recurrence of police torture”. The Court has also criticised the atrocities on human rights committed by the police force in Prithipal Singh V. State of Punjab. In recent times, the Court has exhaustively dealt with how arrests are to be made, with the handing down of scholarly guidelines framed in Arnesh Kumar V. State of Bihar. Most recently, the Court in Ankush Maruti Shinde V. State of Maharashtra elucidated the role of the prosecution in how it should conduct the investigation and how independent application of mind is required by the public prosecutor while considering the evidence which has to be placed before the Court or the witnesses who are to appear before it.

The latest verdict penned by Justice R.F. Nariman places human rights and virtues on an unshakable pedestal and is a remarkable document in reclaiming these rights. And the matter of paramount importance for citizens is that the sentinel on the qui vive is awake and alert, unswerving and undaunted.

(Neeleshwar Pavani is a Delhi-based lawyer. The views expressed are personal.)