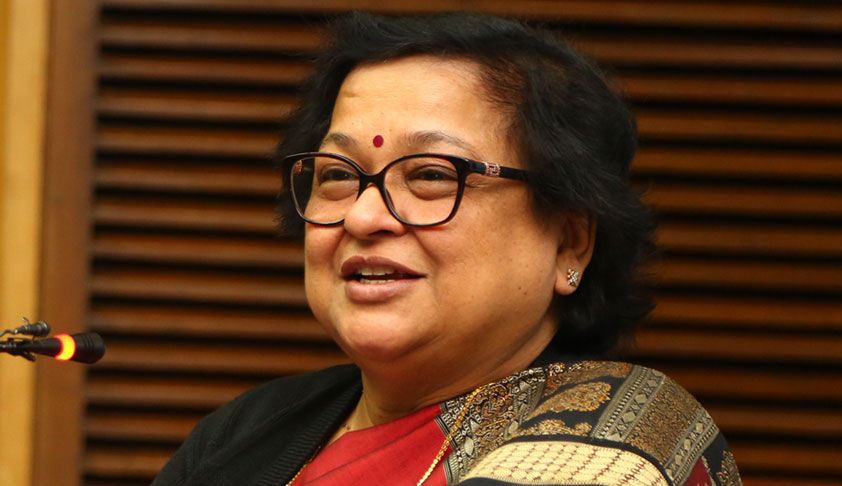 At the inaugural of the 18th bench of the Central Administrative Tribunal (CAT) in Jammu, the minister in-charge Department of Personnel and Training (DoPT) made problematic and out of context remarks targeting the institution of High Court of Jammu and Kashmir, and its Chief Justice Gita Mittal. The author here questions the appropriateness of these comments both logically and legally in context of the necessity of establishing the permanent benches in J&K.

UPON the enactment of Jammu and Kashmir Reorganisation Act on August 9, 2019, all provisions of the Administrative Tribunals Act, 1985 (the Act) became applicable to the newly created Union Territories of J&K and Ladakh with effect from October 31, 2019. This has impacted the existing jurisdiction of the High Court of Jammu and Kashmir in cases concerning the service matters. Section 29 of the Act provides that all the pending service matters shall stand transferred from the High Court to the Administrative Tribunal. The territories of the erstwhile J&K State were already under the jurisdiction of Central Administrative Tribunal’s Chandigarh Bench which used to hold circuit sittings from time to time in Jammu and Srinagar for hearing the service cases of the central government employees only, and these were quite a few in number. But with the conversion of the erstwhile J&K State into two Union Territories of J&K and Ladakh, lacs of the employees of the erstwhile State automatically became the employees of the Union under Section 14(1)(b)(ii) of the Act and consequently their service matters became subject to the jurisdiction of the existing Administrative Tribunal.

The Need for permanent CAT benches in J&K

There were more than 30,000 pending service cases which were required to be transferred to the Administrative Tribunal. But since the central government did not establish any separate Bench/Benches in J&K and no infrastructure or Registry had been created for receiving the files, the J&K High Court continued to hear the service matters in exercise of its constitutional jurisdiction under Articles 226/227 of the Constitution in larger interest of the public. The approach of the High Court was justified in the light of the observations made by the Supreme Court in Roger Mathew Vs. South Indian Bank Ltd. and Ors. One pertinent observation made by Justice Deepak Gupta is extracted below:

“Therefore, I am of the view that in whichever State/Union Territory the bench of a particular tribunal is not established or functioning, the litigants of that State will have a right to invoke the extraordinary writ jurisdiction of the jurisdictional High Court under Article 226 of the Constitution for redressal of their grievances. They cannot be expected to go to far off distant places and spend huge amounts of money, much beyond their means to ventilate their grievances. The alternative remedy of approaching a tribunal is an illusory remedy and not an efficacious alternative remedy. The self-imposed bar or restraint of an alternative efficacious remedy would not apply. Such litigants are entitled to file petitions under Article 226 of the Constitution of India before the jurisdictional High Court.”

However, belatedly a notification dated April 29, 2020 was issued by the central government amending an earlier notification dated July 26, 1985 under Section 18 of the Act, and now expressly providing that the Chandigarh Bench would exercise jurisdiction over the newly created Union Territories of J&K and Ladakh. This prompted the Chief Justice of High Court to write a D.O. letter dated May 8, 2020 to the central minister in-charge DoPT, Dr. Jatinder Singh, who hails from Jammu itself, citing the whole difficulties and concluding as under:

“A single Circuit Bench of the Chandigarh Bench of the Tribunal would be hopelessly insufficient to provide efficacious justice dispensation to the disputants in service matters in the Union Territory of Jammu & Kashmir as well as Ladakh. Therefore, for effective conduct of these cases, there is imperative need for establishing an Administrative Tribunal with multiple Benches having permanent seats both at Jammu as well as Srinagar.”

Battle of ego and justice

Meanwhile a PIL had also been filed in the High Court on this issue. In this background, on May 28, 2020 the central government announced its decision to establish the 18th Permanent Bench of Central Administrative Tribunal in Jammu. It was inaugurated on June 8, 2020 through virtual mode by the central minister in-charge DoPT Dr. Jatinder Singh. While speaking on the occasion, with Chief Justice and other dignitaries in attendance, he went on making many scathing remarks and he seemed to be speaking more as if he was the institutional head of CAT rather than a minister in the government. This undoubtedly undermines the independent outlook of a judicial institution. The tribunalisation of the core judicial functions has already come under scrutiny of the Supreme Court in many a cases and one of the points bothering the court has always been the creation of such a damaging impression which goes against the basic doctrine of independence of judiciary. No government can treat a tribunal like a department of the government. This impression should always be dispelled by the responsible people in government. It is in the larger interest of the government itself.

But the more shocking remark was the minister’s scathing attack on the High Court of J&K, particularly the Chief Justice, by sarcastically referring to her as a “Buddhijeevi“. Her only fault was that she appears to have offended the minister by writing a D.O. letter to him bringing to his notice the impending transfer of more than 30,000 cases to CAT as a consequence of the conversion of the State of J&K into two Union Territories of J&K and Ladakh on its reorganisation. In the said letter, she had advocated for the constitution of an Administrative Tribunal with multiple benches having permanent seats both at Jammu and Srinagar for the convenience of employees of J&K and Ladakh, instead of transferring these cases to the Chandigarh Bench. While I differ with the Chief Justice on her discretion to take an administrative route by writing a D.O. letter rather than issuing a writ on the judicial side, I very strongly agree with the contents of her letter. She only wanted to very earnestly convey to the minister that for dealing with more than 30,000 cases, benches of CAT having permanent seats both at Jammu and Srinagar were required to be established. Observations made by Supreme Court in Roger Mathew case recently decided on November 13, 2019 also support what the Chief Justice wanted to convey, i.e., the effective delivery of justice by the tribunals located conveniently near to the ultimate consumers of justice.

But the minister in his high-pitched speech gave an altogether different twist to what the Chief Justice had actually said in her letter. He went on quoting the disposal of 100-200 cases by Chandigarh bench “in a year” projecting it as a big achievement and then questioning the Chief Justice herself by sarcastically referring to her as an “intellectual” on the issue of the pendency of more than 30,000 service cases in J&K High Court. The minister has no idea that these two things are not comparable. J&K High Court was dealing with service matters of lacs of employees of the erstwhile J&K State over the years, and after the disposal of a good number of cases there was a left over pendency of about 30,000 service cases. In fact, in High Court about 1000 main cases and many more miscellaneous applications pertaining to the various branches of law are disposed of “in a month” as compared to the figure of 100-200 service cases cited by the minister as disposal of Chandigarh Bench of CAT “in a year”.

The real question however

Besides that, the point was not who was responsible for this pendency, but it was whether permanent benches were required to be established in J&K for taking the load of these 30,000 plus service cases. A responsible minister of the government should not have tried to undermine the dignity and credibility of a constitutional court by such pungent remarks, particularly when the Chief Justice was in attendance. It serves no purpose, except satisfying false personal egos. Rather than criticising a constitutional court, the minister should have used the occasion to reassure all the stakeholders on issue of the sanctioning of sufficient numbers of posts for the newly created Bench. He should also have addressed the issue of filling up of 22 existing vacancies constituting one-third of the total sanctioned strength of 66 posts in CAT. It is a matter of record that no new post of member has been sanctioned by the central government so far in view of the establishment of this new Bench at Jammu. There are 66 already sanctioned posts in CAT and out of these, 22 posts are admittedly lying vacant. Out of the 44 serving members, only 1 member has been posted in J&K to handle 30,000 plus service cases, whereas 43 other members have been assigned for dealing with about 42,000 cases in the rest of the country. It is for the readers to take a view on this approach of the central government which is beyond the comprehension of any reasonable mind.

The minister was also heard complaining about the retired judges not opting for service in the tribunal due to their preference for conducting arbitration. Admittedly, arbitration is not an unlawful activity and the government itself is eyeing for making India an arbitration hub on Singapore pattern. Besides that, why should a retired High Court judge opt for service in a tribunal when he will not get even three-year clear tenure? A High Court Judge retires at the age of 62 years. By the time he seeks appointment in the tribunal, he is already more than 62 years, and the retirement age in the tribunal is only 65 years. Then why should a retired High Court judge not consider better options? The minister should rather concentrate his energy on mulling over amending the faulty recruitment rules recently notified in February this year which surprisingly bar the advocates from becoming judicial members of the tribunal, which if permitted, would automatically solve the problem of vacancies. Otherwise also it is sheerly illogical to bar advocates with ten years of standing from becoming judicial members when they are eligible to become judges of even High Court and Supreme Court under the Constitution. Being a lawyer, I can safely rely upon the following lines written by Rudyard Kipling:

“The toad beneath the harrow knows

Exactly where each tooth-point goes;

The butterfly upon the road

Preaches contentment to that toad.”

I end this Article with questions raised in the mind of the readers entirely leaving it to them to find answers for themselves.