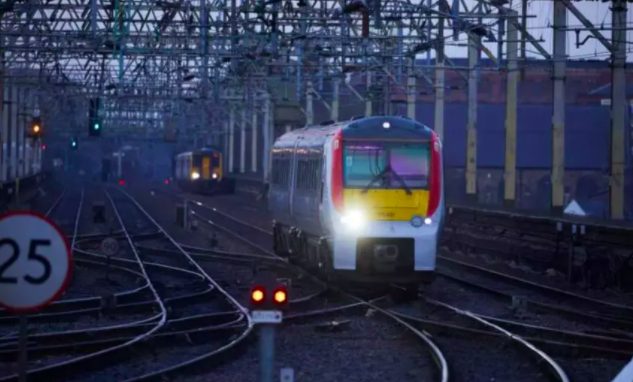 Last week saw the announcement of a momentous reform of Britain’s railway system. While the term “reform” under the neo-liberal policy framework these days connotes increased privatisation and deregulation, the UK government under Prime Minister Boris Johnson has gone the other way. The UK government released a white paper based on an official review set up in 2018 led by businessman Keith Williams, former head of the now-privatised British Airways. The reforms unveiled therein are known as the Williams-Shapps plan after UK Transport Secretary (termed Minister in India) Grant Shapps and Williams.

The new policy goes against the neo-liberal mantra of the unbundling of large infrastructure and related services – hiving off generation, transmission and distribution of electricity to separate preferably private entities. The plan unbundles the notorious privatised railway system of the 90s and once again brings track, trains, fares and ticketing under a single public body. The policy does not go all the way to re-nationalisation but, under a Conservative government, perhaps surprising to readers in India, comes as close to it as it can.

This article seeks to unpack this development, especially with reference to the rationale behind the present reform, the performance of the privatised rail system and the response of the public in Britain to it over the years, and the role of the shifting political scenario in the UK.

The then Conservative government under PM John Major bit the bullet of privatising what was then called British Rail through the Railways Act of 1993. This was a key measure which even the architect of neo-liberal economic policies, Margaret Thatcher – PM between 1979 and 1990 – who privatised a wide range of industries despite fierce resistance by the Labour opposition and trade unions, had hesitated to take. Privatisation of British Rail broke up the state monopoly into private entities for infrastructure, including stations and rail track ownership, renewal and maintenance; several franchises for operating trains leased from the rail board, with freedom to determine fares and timetables; many different operators for freight; and a new regulatory body to oversee this entire system comprising numerous players and often conflicting interests.

As may have been expected, the infrastructure side of this unbundled system under the private entity Railtrack, which called for the largest outlay of financial and managerial resources, collapsed first in 2001, with the infrastructure brought back under a new state-owned corporate body called Network Rail, which also took over maintenance and renewal in 2004.

The overall finding of the review was that the railway system had become over-complicated and fragmented, making coordination extraordinarily difficult; the franchise train operation system had become dysfunctional with chaotic timetables, overcrowding and frequent delays inviting unfavourable comparison with the once-famed punctuality of British trains that you could set your clock by. It is reported that in 2019 and 2020, about half the passenger trains in the north of the country were late, making late trains as common a topic of conversation as that other British obsession, the weather. Customer dissatisfaction had reached new heights, and disputes among the many operators of the different unbundled fragments of the system had become intractable and time-consuming to resolve. Secretary Shapps sarcastically told Parliament that the system was so complicated that if a bird hit a train that therefore got delayed, “the size of the bird would determine who got the responsibility between the train company and Network Rail.” He added that the Network and operators employed around 400 people whose sole job was to resolve disputes about delays.

The new plan, which would be legislated, sets up a new public body that will come into being in 2023 called Great British Railways (GBR), a name that immediately draws a parallel with and invokes nostalgia for the once-admired British Rail. GBR will own and bring together all infrastructure, including trains and other rolling stock, will plan and run the network, will set timetables and fares and receive all revenues. Trains will however be operated by the private sector under new “passenger service contracts” with incentives for punctuality, increase in passenger numbers, and quality and reliability of services. This draws on the model of the over-ground passenger service in the capital Transport for London.

Some changes may further be made by the devolved governments of Scotland and Wales, while Northern Ireland (part of the UK but not part of Great Britain) has always been outside this system. The reformed plan says the UK government will work with the devolved nations to iron out problems and ensure benefits for both passengers and the devolved governments, which could prove quite problematic if moves for Scottish independence gather momentum.

Whereas the problems of the dysfunctional rail system came sharply to the fore during the COVID-19 pandemic, with falling revenues requiring substantial government bailouts, the failure of the unbundling and especially of the franchise system of train operation had become painfully obvious several years ago, as anticipated by critics of privatisation.

Franchise operators would win contracts on the basis of unrealistic passenger and revenue growth numbers. When this did not materialise, franchisees would play ducks and drakes with timetables, flexible fares and services at the cost of passengers. While the reformed plan takes this risk element away from the operators, the threat of operators bidding only for profitable routes or demanding subsidies for other routes remains. The failure of the franchise system undercut one of the abiding myths of privatisation of railways and similar public utilities or services, namely that privatisation would lead to competition resulting in better services, lower fares and greater revenues to the state instead of the customary losses.

This manufactured narrative continued to be propagated over the years, aided by self-serving financial analysis, conveniently highlighted favourable figures and masking numbers that went against this narrative.

Published studies, including forensic analysis of accounting details, have shown that profits of private operators and revenues to the State had been inflated, and expenditures by the State were brushed under the carpet. The UK government has almost doubled its expenditure on the rail system since 2016, and similarly between 2002 and 2012, contrary to the promise of privatisation. Subsidies and soft loans given by the government to the earlier supposedly private, and later corporatised Network Rail had grown by much, but did not show on railway books; government auditors finally compelled the government to declare the Network a fully government entity.

We have seen above that the privatized Network Rail responsible for capital-intensive track and other infrastructure was the first to be surrendered by the private sector, following the classic pattern of the private sector leaving more difficult, capital intensive activities to the State and keeping easier revenue-oriented streams to itself. The reality acknowledged by the review and the Williams-Shapps plan is that only a State-owned entity can ensure upgradation of infrastructure, such as the planned high-speed rail network, increased digitisation of services, and other innovations, while also handling thorny problems involving devolved entities in Scotland and Wales.

Of course, the Conservative government has been at pains to deny that the reformed plan is a thinly-disguised form of re-nationalisation and is emphasising that it combines the best of state-owned capabilities and private-sector service-orientation. At the same time, the new plan puts on public display the new political thinking of the Johnson-led Conservative Party.

SHIFT TO THE CENTRE

During the messy battle over Brexit, the Conservatives embraced right-wing nationalism and racist tropes against immigrants, while also recognising the profound discomfort with globalisation and the European project among the low-income, non-unionised working class outside of the big factories with EU market linkages. Both the Brexit referendum and the subsequent general elections saw Boris Johnson being swept to office, with astonishing wins in decades-old traditional Labour strongholds, a trend continued in recent local body elections as well, notably in the former coal-and-steel industrial heartlands of the midlands, the north-east and north-west England. These have both emanated from, and brought about, profound changes in the Conservative Party platform at the cost of Labour, with the former moving to cement its gains by embracing many of the policies of the latter. Similar trends have been observed in continental Europe as well, such as in Germany, where the Angela Merkel-led Christian Democrats embracing substantial parts of the Social Democratic agenda.

Today’s Conservative Party has moved away from fiscal reticence and shying away from government spending in favour of neo-liberal policies, and moving towards big-government economic roles and public spending, especially on working people favourites such as the National Health System and, specifically, on programmes that seek to reduce the widely perceived social, economic and opportunity gap between poorer regions in the midlands and the north, and between low-income working classes and more privileged professionals, mirroring the pro and anti-Brexit divide.

The new railway reform that puts the State at the centre plays well into this agenda of what the Boris Johnson-led Conservatives call “leveling up” programmes, seeking to reduce prevailing regional and class inequalities. The Labour Party under Jeremy Corbyn had made re-nationalisation of the railways a key election plank, with opinion polls showing that over 60% of the public favoured the idea. The new plan enables the Conservatives to undercut this key Labour agenda. The railway reform also greatly assists the Conservative plank of green recovery, since clearly only the State can make necessary investments in infrastructure and technological innovation.

India would do well to study these developments in the UK. The present government’s determined push towards unbundling of the railways and privatisation of its key parts mimic the earlier UK privatisation model. Privatisation of stations, passenger trains and services, masking government infrastructure expenditure on the railways by tucking them away in the Union Budget, while leaving operational revenues to show supposed “viability” of privatised services, follow the same pattern which has now been acknowledged in the UK to be a myth, a constructed ideologically-inspired narrative not reflected in reality.

D. Ragunandan is with the Delhi Science Forum and the All India People’s Science Network. The views are personal.