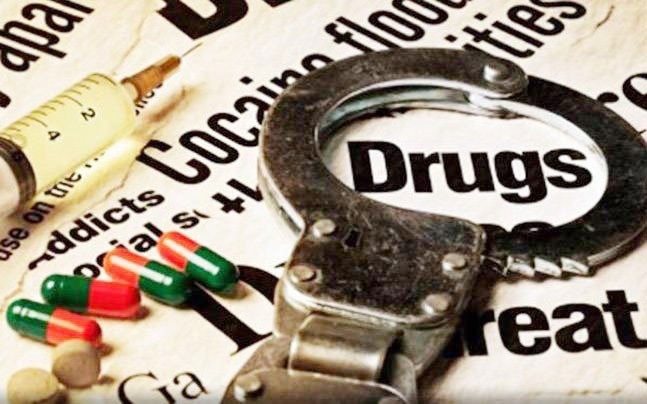 Criminal LawDemocracy and Rule of Law

Pure Drug Content or Entire Mixture? Punishment Beyond Culpability: The Apex Court’s decision in Hira Singh vs. Union of India

A recent judgment by the Supreme Court in Hira Singh v UOI has interpreted provisions of Narcotic Drugs and Psychotropic Substance (Amendment) Act 2001 strictly. In doing so it has expanded the meaning of ‘small quantity’ possession and thereby the punishment levied on the accused. Through this piece, the author tries to list the reasons why the Supreme Court’s decision may need to be reviewed in light intent of the legislature and principles of statutory interpretation.

THE Narcotic Drugs and Psychotropic Substances Act, 1985 (“Act”) was passed with the aim of controlling the menace of drugs and psychotropic substances in India. It provides for strict punishment for offences and lays down stringent bail conditions.  In 2001, the Act was amended via Narcotic Drugs and Psychotropic Substances (Amendment) Act, 2001(“2001 Amendment Act”) to rationalize the sentencing structure. Under the new structure, the punishment would vary depending on whether the quantity of offending material involved was ‘small quantity’, ‘commercial quantity’ or something in between; thereby mandating strict punishment for offences related to ‘commercial quantity’ and milder punishment for offences related to ‘small quantity’. On October 19, 2001, the Central Government issued a notification(“2001 Notification”) which specified the ‘small quantity’ and ‘commercial quantity’ of the recognised narcotic drugs and substances.

Recently, a three-judge bench of the Supreme Court in Hira Singh & Anr V/s Union Of India & Anr, held that in case of seizure of a mixture of narcotic drugs or psychotropic substances with one or more neutral materials, the weight of the neutral material should be taken into consideration along with the weight of the offending drug, while determining whether it amounted to “small quantity” or “commercial quantity”. The Court disagreed with a judgement of a two-judge bench in E. Micheal Raj V/s Intelligence Officer, Narcotic Control Bureau. The division bench here had held that the quantity of neutral material should not be taken into consideration while determining whether the mixture fell under small or commercial quantity. It took only the actual weight of the narcotic drug or substance as relevant.

The Court in Hira Singh has held that the bench in E. Michael Raj misread the Statement of Objects and Reasons of the 2001 Amendment Act. It had not considered Entry 239 and Note 2 of the 2001 Notification, provided at the end of the table, which lists the drugs and psychotropic substances along with their “small” and “ commercial ” quantities. Furthermore, the Court has held that the subsequent notification dated November 18, 2009 (“2009 Notification”), by which “Note 4” was added to the 2001 Notification, is not ultra vires the scheme of the Act and it has been added after the E. Micheal Raj decision by way of “ abundant caution ” only. It is respectfully submitted that the decision in Hira Singh is discordant with the intention of Legislature.

If the viewpoint expressed in E. Michael Raj’s case is adopted in India, we would not be ploughing a lonely furrow. The need to rationalize punishment for drug-related offences has been felt by some States in the US too.  In New York, as per section 220.06 of N.Y. Penal Law, a possession offense can be based on having 500 milligrams or more of cocaine based on a “pure weight” standard. Similarly, in Georgia, as per section 16-13-31(a). of the Official Code of Georgia, a cocaine-trafficking offense exists for “any mixture with a purity of 10 percent or more of cocaine.”

Dual Interpretations Of Entry 239 of 2001 Notification

“239.  Any mixture or preparation that of with or without a neutral material, of any of the above drugs. ”

The Court has interpreted Entry 239 to mean that in a mixture of one or more narcotic drugs or psychotropic substances with a neutral material, it would be the weight of the entire mixture (including neutral material ), which would be considered to determine whether the mixture falls under “ small quantity ” or “ commercial quantity ” ( See table ).

Assuming that the quantitative limits also include weight of the neutral material in a mixture, Entry 239 could also refer to a situation in which there is a mixture of two or more narcotic drugs or psychotropic substances, with a neutral material. This interpretation is substantiated by the asterisk (*, **) against Entry 239 in the columns specifying ‘small’ and ‘commercial ‘ quantities,

** Lesser of the commercial quantity between the quantities given against the respective narcotic drugs or psychotropic substances mentioned above forming part of the mixture. ”

It is one of the settled principles of interpretation of statutes that when two interpretations are possible of a penal provision, only that which is less onerous to the accused should be preferred. At page 239 in Maxwell On The Interpretation of Statutes (12th edition) the author has mentioned,

“The principle applied in construing a penal Act is that if, in construing the relevant provisions, there appears any reasonable doubt or ambiguity, it will be resolved in favour of the person who would be liable to the penalty.”

In the case of Heroin, the ‘small quantity’ is 5 grams and ‘commercial quantity’ is 250 grams.  Now, if an accused is found with 3 grams of Heroin, it would amount to ‘small quantity’ and he could be sentenced for 6 months. But if he is found with 3 grams of Heroin mixed with 250 grams of powdered sugar (neutral material), the same 3 grams would amount to  ‘commercial quantity’ (3 + 250 = 253 grams) and he could be sentenced for up to 20 years. Such a distinction is a flagrant violation of this axiomatic principle of statutory interpretation.

Preparation and intent of Legislature

The Court has included within the meaning of “preparation” used in Note 2, a mixture of a narcotic drug or substance along with a neutral material. Further, it has subjected the entire weight of mixture to limits prescribed with respect to ‘small’ and ‘commercial’ quantities.

The first part of the Court’s interpretation is unquestionably correct. The word “preparation” includes a mixture of a narcotic drug or substance with a neutral material. However, the second part of the Court’s interpretation that subjects the weight of the entire mixture (including that of the neutral material) to quantitative limits, is not in consonance with the objectives of the 2001 Amendment Act. The Statement of Objects and Reasons of the Amendment Act, 2001 envisages a rational sentencing structure and states,

“ …Therefore, it is proposed to rationalise the sentence structure so as to ensure that while drug traffickers who traffic in significant quantities of drugs are punished with deterrent sentences, the addicts and those who commit less serious offences are sentenced to less severe punishment…”

Narcotics such as Heroine are often found mixed with other neutral materials such as sugar, starch, powdered milk, etc. It is clear that the Legislature wanted to bring within the ambit of the act such preparations, but this does not necessarily imply that the weight of the neutral material was to be taken into account while determining whether such preparation fell under ‘small’ or ‘commercial’ quantity. Imputing such intention to the Legislature would be a classic case of adding to the provisions of a legislative act, more than what was intended.

Dissonance Between Note 4 And Principles Of Criminal Culpability

Note 4 of 2009 Notification provides that in a mixture of any one or more narcotic drugs and /or psychotropic substances, the entire mixture should be considered to determine whether the offence relates to ‘small quantity’ or ‘commercial quantity’, and “not just its pure drug content ”. The Court has held that Note 4 is only clarificatory and its absence would have made no difference. This is since the Act has never differentiated between the weight of the pure drug and that of a preparation containing the drug.

The court’s line of reasoning may have been correct until the 2001 Amendment Act was passed. However, as argued earlier, the purpose of the amendment was to award proportionate punishment based on the quantity of material seized. The Legislature had taken cognisance of the strict provisions of the Act and wanted to ensure that an accused should be punished only to the extent of his blameworthiness.

The Apex Court’s judgement is wanting in compliance with rudimentary principles of criminal culpability and could lead to anomalous consequences. For instance, if a person “ X ” is found with 4 grams of Heroin (small quantity = 5 grams and commercial quantity = 250 grams ) and “ Y ” is found with 2 grams of the same, albeit mixed with a neutral material weighing 250 grams ( 2 grams + 250 grams = 252 grams ), “ Y ” will be subjected to a heavier punishment, despite of being found with half as much Heroin as “ X ”.

The ramifications of the Supreme Court’s judgement in Hira Singh are many. Not only prison sentencing, but also this decision is going to impact jurisdiction of courts, pre-trial detention periods and grant of bail inter alia. While the Act was passed with the objective of striking at the very base of operations relating to narcotic drugs and psychotropic substances, it was never the intention of the legislature to castigate an offender for any more of an offence than he has committed.  The Apex Court has manifestly misread the intention of the Legislature, and hopefully this decision will soon be reviewed.