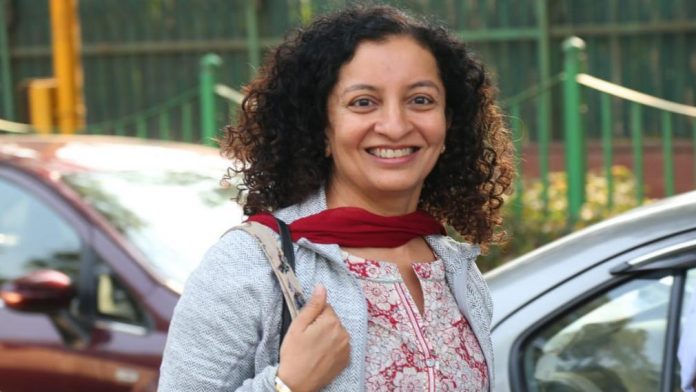 The landmark judgment acquitting Priya Ramani in the MJ Akbar defamation case is the first real success of the #MeToo movement. Ramani and her legal team have done great service to all working women in India, writes INDIRA JAISING.

FROM Rupan Deol Bajaj to Priya Ramani has been a long journey of the law. Two women, separated by 16 years, two different strategies, but with a common mission—to hold power to account when it comes to sexual harassment. Rupan Deol Bajaj was demonised by the media for having taken up an issue that was “trivial” against a man considered a national hero, the late KPS Gill, who had put down terrorism in Punjab, never mind if it was done through extrajudicial killings.

Rupan Deol Bajaj had complained that in an official party, Gill had misbehaved with her. In attendance were other IPS and IAS officers.

Bajaj was about to take her chair when she felt his hand rub her bottom. She resisted by pulling her chair away from him. But he pulled it back, leaving her with no option but to resist his obscene advances. She chose to file a criminal case against him. It was an extremely bold thing to do at that time. It was not an easy task to go through a criminal proceeding in a court of law on such a case.

After long years and several challenges in the Supreme Court to quash the FIR and trial, Bajaj succeeded in getting a conviction against him under Section 354 (Assault or criminal force to woman with intent to outrage her modesty.) and  509 (Word, gesture or act intended to insult the modesty of a woman.) of the Indian Penal Code (IPC)

Eminent personalities, including the then governor of Punjab, the late Siddhartha Shankar Ray, came before the magistrate to depose in favour of Gill, deposing that he had no doubt of his “good character.”

I had the privilege of cross-examining that tall man, Siddhartha Shankar Ray, who had for years dominated the imagination of the legal profession and was credited with having crafted the strategy of the Emergency of 1975 for the then Prime Minister Indira Gandhi.

I must say, I was extremely impressed by the courage of the magistrate who convicted Gill under section 354 of the IPC, outraging the modesty of a woman. At that time, there was no sexual harassment at the workplace act, there was no Vishakha judgement to fall back on, there was no #MeToo movement or anything similar.

The movement was indeed a counter-movement to demonise any person who dared to raise a complaint of sexual harassment. I can never forget KTS Tulsi, senior counsel, arguing on behalf of Gill in the Supreme Court that the FIR against Gill should be quashed on the doctrine of de minimis, that is, the harm caused was so slight that no reasonable person would complain of it. It was, after all, he said, just a friendly pat on her bottom. The judgement of the Supreme Court records that the argument was rejected.

When Ramani chose to speak up against Akbar, times had changed. Harvey Weinstein was already accused by several women of having sexually abused them, and the world saw the birth of the #MeToo movement. The movement was born out of necessity, filling the gaps in the failure of the law to protect women from sexual harassment at the workplace.

This time, however, it was not Ramani who went to court, but Akbar, alleging that she had defamed him. Priya said on her Twitter account on 8 October 2018, “I began this piece with my MJ Akbar story. Never named him because he didn’t ‘do’ anything. Lots of women have worse stories about this predator­ maybe they’ll share…”.

When Priya Ramani decided to speak out against MJ Akbar, the times had changed. Harvey Weinstein was already accused by several women of having sexually abused them, and the world saw the birth of the #MeToo movement, a movement that was born out of necessity, filling the gaps in the failure of the law to protect women from sexual harassment at the workplace.

Ramani deposed in court that when she reached the lobby of the hotel where she was to meet Akbar for her first interview, she was asked to come up to his room. This is not what she had expected. She deposed that the bedroom was small and enclosed, that the bed was turned down for the night and that she felt ill-at-ease in an intimate space for a professional interview.

He offered her an alcoholic beverage which she refused, and while he drank his vodka, he asked her inappropriate questions about her personal life, never once discussing her professional skills. He then moved to the sofa beside the bed and asked her to sit next to him, at which point she got up and left. She, too, could be told that this was, after all, something insignificant, which the law should ignore.

Given the #MeToo movement, it was not Ramani who made a criminal complaint against Akbar under the newly-added Section 354A of the IPC, which makes sexual harassment a criminal offence. Rather, he made the fatal mistake of filing a criminal complaint against her for defamation. Today, we have a judgement from Ravindra Kumar Pandey Additional Chief Metropolitan Magistrate, Rouse Avenue District Court, New Delhi, that acquitted her of defamation.

A reading of the judgement and the depositions of Ramani and her witnesses demonstrates the power of speaking the truth in a courtroom. Priya made no attempts to exaggerate what had happened to her, and that was her success. A sensitive judge, aware of the national and international developments of the last decade concluded that she was not guilty of defamation.

Her advocate had invoked the first exception to section 499 of the IPC, namely, it is not defamation to impute anything true concerning any person if it is for the public good that the imputation should be made in public.

The fact that Akbar was a senior and renowned journalist and a minister in the NDA government clearly made it an issue which was in the public good to speak up against. For, it involved people occupying high positions of power who sexually harass women at the workplace.

By far, the most important part of the judgement is the rejection by the judge of the argument that Ramani had ‘waited too long’ to make these allegations. The court takes into consideration the systematic abuses that took place at workplaces because mechanisms to redress the grievance of sexual harassment did not exist at the time.

She also argued that defamation, after all, was a crime that harms a person’s reputation. The question then arises, does the man in question have a reputation at all to defend? This question was appropriately answered by the fact that Ramani was not alone in making these allegations against Akbar. Ghazala Wahab, who deposed in Ramani’s favour, also spoke of the sexual harassment she faced at his hands.

The 91-page judgement is a record of the facts with only six pages devoted to the reasoning. Law, after all, has to be applied to a given set of facts, and hence, the facts had to be put on the record, as we lawyers are fond of saying. By far the most important part of the judgement is the rejection by the judge of the argument that Ramani had waited for too long to make these allegations—the incident in question took place in 1993.

While accepting the version of Ramani, that she had disclosed the truth of the incident to her colleague in 1993, the Court, based on the testimony of Wahab as well, that the “complainant is not a man of stellar reputation”. Once that had been said, an acquittal had to follow.

The judge goes on to say, “It cannot be ignored that most of the time, the offence of sexual harassment and sexual abuse is committed behind closed doors or privately. Sometimes, the victim herself does not understand what is happening to them or what is happening to them is wrong. Despite how well-respected some persons are in society, they, in their personal lives, could show extreme cruelty to females.”

The court takes into consideration the systematic abuses that took place at workplaces because mechanisms to redress the grievance of sexual harassment did not exist at the time of the incident. After all, it took place prior to the issuance of Vishaka Guidelines by the Supreme Court and enactment of The Sexual Harassment of Women at Workplace (Prevention, Prohibition and Redressal) Act, 2013. It also takes into consideration that women take the option to not lodge a sexual-harassment complaint due to the social stigma attached to the offence.

The Court goes on to state-

“The time has come for our society to understand sexual abuse and sexual harassment and its implications on victims. Society should understand that an abusive person is just like the rest of us. He, too, has family and friends. He can also be a well-respected person in society. The victims of sexual abuse do not even speak a word about abuse for many years because sometimes she has no idea that she is a victim of abuse. The victim may keep believing that she is at fault and the victim may live with that shame for years or decades. Most women who suffer abuse do not speak up about it or against it for a simple reason—‘The Shame’ or social stigma attached with sexual harassment and abuse.  Sexual abuse, if committed against a woman, takes away her dignity and her self-confidence. The attack on the character of a sex-abuser or offender by a sex abuse victim is a reaction of self-defense that arises after the mental trauma suffered by the victim due to the shame attached to the crime committed against her. Such a woman cannot be punished for raising her voice against sex-abuse on the pretext of a criminal complaint of defamation, as the right to reputation cannot be protected at the cost of the right of life and dignity of woman as guaranteed in the Indian Constitution under Article 21 and Right of Equality before the law and equal protection of the law as guaranteed under Article 14 of the Constitution.”

This passage displays a profound understanding of the psychology of a woman who has been sexually harassed. There could be various reasons for not disclosing an incident at the time of the abuse. It may be that she may not understand it and may consider it an act of goodwill or kindness.

The systemic nature of abuse, the lack of a mechanism to deal with sexual harassment at the time of the incident, that men who masquerade as respectable in society in their public lives can be sexual predators behind closed doors, that victims may live in shame for decades, that it is normally a woman who is punished for raising her voice—cast in the role of a villain rather than a victim—and that it is her reputation that is destroyed.

Priya Ramani and her able legal team have done a great service to all working women.

(Indira Jaising is a senior advocate in the Supreme Court and is a co-founder of The Leaflet. The views expressed are personal.)