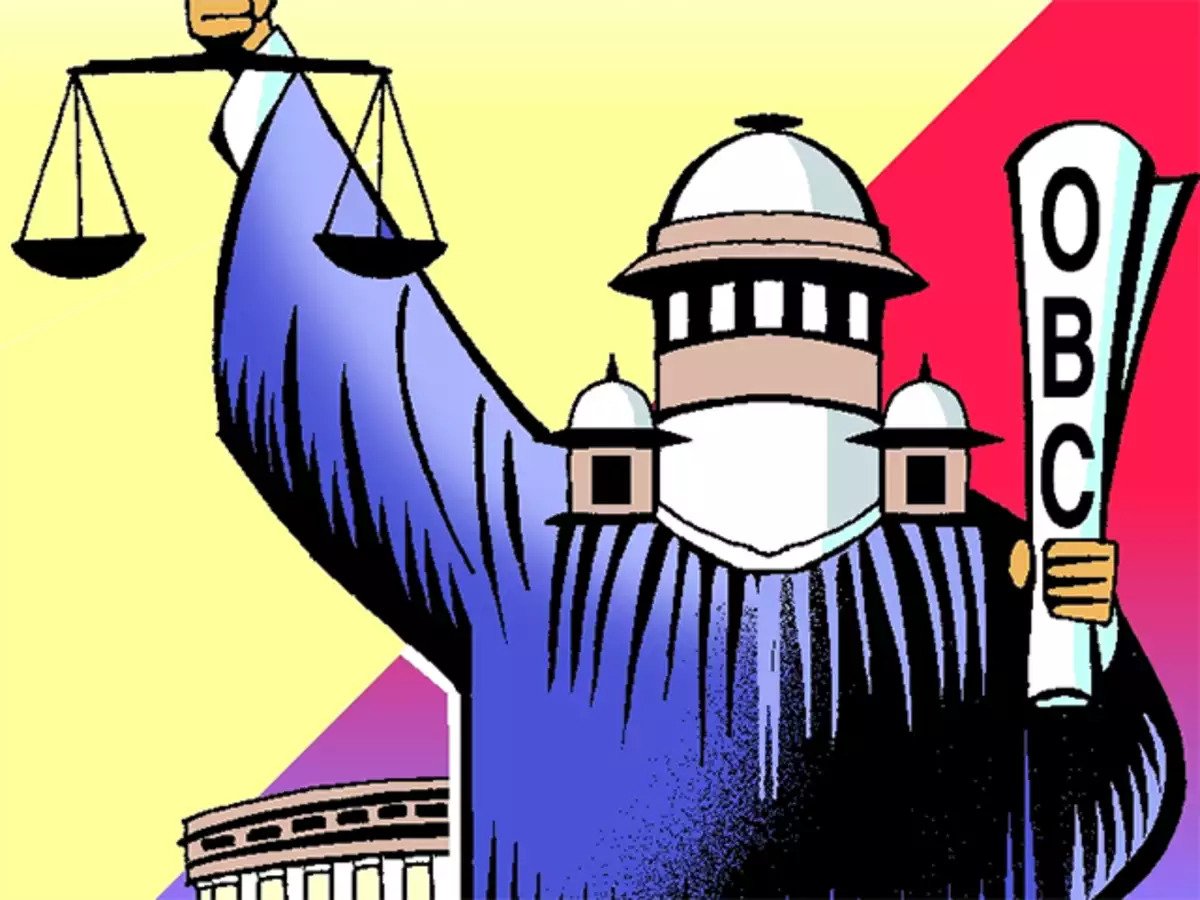 In a recently published article in the Indica news, Former Judge of Supreme Court of India Justice Katju has claimed that OBC reservation is a fraud primarily on account of its delayed implementation in the nineties. According to him, while OBCs may have been backward at the time of independence, reservation was not implemented then but in the late nineties when it was not necessary. For till then, he claims, zamindari abolition laws had already led to an increase in the income of the OBCs. And they used this enhanced income to educate their children who in turn became doctors, engineers, lawyers, scientists, teachers etc. Thus, according to him, there is a need to do away with reservations.

His article makes three pertinent assumptions. Firstly, under the constitutional scheme, as it existed in the immediate years after independence, reservation for OBCs was not sanctioned.  Secondly, he presupposes that reservation policies unless backed by relevant economic parameters are illegitimate. Finally, he presumes that OBCs are adequately represented in government employment. Let us critically analyze these assumptions.

Beginning with Constituent Assembly debates, during the debate on Draft Article 10(3) which is the present Article 16(4) of the Indian Constitution, quite a few members commented on the term “backward class” mentioned in the draft Article and there were suggestions to delete the term or replace it with scheduled class. However, Chandrika Ram, member of Constituent Assembly from Bihar, eloquently explained both the scope and the need of the term in the following words:

“If a community, however, is to progress and occupy a high position in society it is essential that it must possess political rights. If a community, howsoever large it may be within a society and whatever pre-eminence it may have reached in the matter of its culture, does not possess political rights and has also no political representation in the Council and the Assembly, I am afraid, I cannot see how it can have the same status as the other communities in the eyes of the State.”

In the same debate, Dr. B. R Ambedkar was of the view that Draft Article 10 (3) was necessary to ensure the entry of those communities in the administration of the country, who till then ‘owing to historical reasons’ were not adequately represented.

Eventually, it is important to remember that scars of centuries of marginalisation do not diminish in years.

Immediately after India becoming a republic, the Indian Supreme Court in its two judgements in  State of Madras v. Champakam Dorairarajan and Venkatraman v. State of Madras invalidated reservation for backward classes in educational institutions and in public services respectively, in the then State of Madras. In response to this, the provisional parliament amended the Constitution to nullify the Supreme Court’s judgement and pave the way for reservation for backward classes.

Remarkably, speaking during the debates on the Constitution (First Amendment) Bill of 195, Dr B. R Ambedkar termed the judgements of the Supreme Court as “utterly unsatisfactory “ and “not in consonance with the articles of the Constitution”.

Clearly, reservation for OBCs is in consonance with the Constitution. In fact first Backward Classes Commission was appointed as early as 1953 to determine the criteria for assessing backwardness. Interestingly, as Marc Galanter has observed, the report of the Commission despite the “last minute volte –face by the Chairperson of the Commission” considered caste a relevant criterion to determine backwardness. Eventually, it took another Commission and almost forty years to implement reservation for OBCs.

Next let us analyze if backwardness in the Indian context may be eradicated by improvement in economic conditions, and thus whether such improvement dispenses the need for reservation. The trajectory of Ambedkar’s life offers useful insight. Neither his academic achievements, nor his employment as the military secretary to the Maharaja of Baroda were sufficient to secure him a shelter in the state of Baroda. Recognising this, the members in the Constituent Assembly refrained from using economic parameter as the sole criterion of backwardness and mostly used it in conjunction with social backwardness or educational backwardness.

While poverty on its own is debilitating, there is an odd possibility that it may be surmounted but ignominy of caste never leaves an individual.

Further, the Apex Court unequivocally took the position that ‘backward class’ cannot be determined only and exclusively with reference to economic criterion thus affirming the view that constitutional mandate for reservation is to “overcome disadvantages and disabilities that have an enduring societal, institutional, and structural character”.  While poverty on its own is debilitating, there is an odd possibility that it may be surmounted but ignominy of caste never leaves an individual.

And finally, we consider if OBCs are adequately represented in the government employment.

A report published in the Indian Express last year brings to light the grim reality.  As per the report, of the 665 Group A and Group B officers in the HRD ministry, less that 10 percent belong to OBCs, while in case of railways they constitute a meager 8.05 percent of the total Group A and Group B officers.  The situation deteriorates further in the 40 central universities of the country where 27 percent reservation for OBCs is available only at the entry level.

OBC Assistant Professors constitute merely 11 percent as per University Grants Commission’s Annual Report 2018-19 and there is no representation of OBC academics at the higher level of Associate Professors and Professors. Further, as per the data furnished under the Right to Information (RTI) Act, as of year 2015-16 out of the total 496 Vice Chancellors in the country only 36 are OBC. As is evident, representation of OBC continues to be way below the 27 percent benchmark in government jobs even at the entry level despite legal stipulation for the same being in existence for almost 25 years now. Numerical representation is just a quantitative measure of representation but figures indicate that key public institutions in India do not satisfy even this bare minimum test.

And yet even if reservation policies are not sufficient remedies, they remain necessary remedies and this cannot be stressed enough

Eventually, it is important to remember that scars of centuries of marginalisation do not diminish in years. Increase of income by a few thousands does not erase the scripturally sanctioned stigma. Reservation policies in themselves are not sufficient to allay the scars of centuries of systemic marginalization faced by OBCs, SCs and STs in India particularly when their ambit remains limited to 2-3 percent of jobs in the country. And yet even if reservation policies are not sufficient remedies, they remain necessary remedies and this cannot be stressed enough.

It is imperative for the government to take requisite steps and supplement the reservation policies with concomitant structural and policy changes. Unfortunately, most of the discussions around reservation policies completely eclipse the historical inequalities perpetrated and perpetuated in the name of caste. They are worded in binaries that pit reservation against merit or reservation against equality. It is important to understand that caste cannot be eradicated by ignoring or negating the discrimination that happened and continues to happen in the name of caste.

Justice Katju has been a part of the institution that has tenaciously clung to its homogenous character in the name of merit, efficiency, independence, et al.  Almost 50 years before, George H. Gadbois, a political science scholar, who researched extensively on the Supreme Court of India, wrote this of the 36 men who had manned the Supreme Court as justices from 1950 to 1967.

“A prototypic judge was the product of a socially prestigeful and economically advantaged family, was a Hindu (most often a Brahmin), and was educated at one of the better Indian Universities or in England”.

And 50 years hence, not much has changed in the Indian Supreme Court as it continues to remain a homogenous institution. Dare we say, it has not augured well for the world’s most powerful institution?