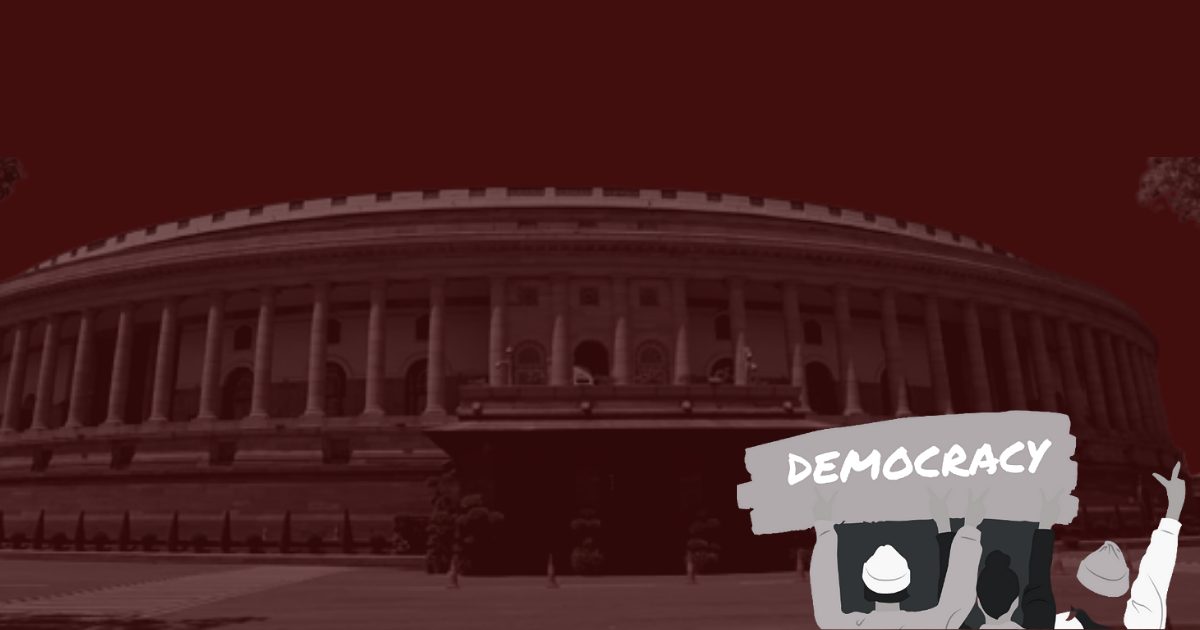 No discussion, few disclosures: how Centre puts democracy at risk

The Constitution establishes representative government in India. The scope of public participation has accordingly gradually increased. In a participative democracy, the public is involved in government decision-making. Information disclosure is another norm of such a system. However, recent trends highlight attempts to inhibit the participatory element of governance, writes ARSH RAMPAL.

IN January, the Supreme Court mentioned in Rajeev Suri vs Delhi Development Authority, also known as the Central Vista judgment, that India is a representative democracy with aspects of participatory democracy. It noted two integral elements of participatory democracy, i.e., public involvement in decision-making and open disclosures of information related to government decisions.

In the Indian constitutional structure, the extent and quality of public participation depend on the subject matter, the number of affected persons, local conditions, etc. The Supreme Court said that participation does not supplant government discretion but only invites constructive suggestions or objections from stakeholders.

In the context of international jurisprudence, the Supreme Court said that the right to participate in public affairs depends on what the municipal laws say. The disclosure of information and public participation are interconnected aspects. Without complete information about government decisions, it would be impossible for the public to engage effectively with any subject.

The Supreme Court has noted this in a previous ruling, where it said, “A popular government without popular information or the means of obtaining it is but a prologue to a farce or tragedy or perhaps both.”

Now, the court has reiterated how important open access to information is to democracy. For example, the Right to Information (RTI) Act, 2005, implements the public disclosure aspect of participative democracy.

The Pre-Legislative Consultation Policy (PLCP) issued by the central government in 2014 requires the publication of proposed legislation in the public domain. The draft legislation must be available for at least thirty days, allowing the public and stakeholders to submit feedback and comments.

Where the legislation affects a specific group, it must get wider publicity to reach the affected persons. By placing information in public and allowing public participation, the PCLP furthers the disclosure and involvement aspects of participative democracy.

During the ongoing COVID-19 pandemic, the need to facilitate participative democracy is even greater. However, a pattern of the PLCP getting subverted and sidelined is emerging.

The Draft Trafficking in Persons (Prevention, Care and Rehabilitation) Bill, 2021 (Trafficking Bill) will get discussed in the Rajya Sabha during the ongoing Monsoon Session. The Centre provided two weeks for the public to submit objections and suggestions to the policy.

Activist groups have criticised the allotted time as “inadequate for any meaningful or effective consultation”. The duration allotted conflicts with the requirement of 30 days established in the PLCP. Thus it attempts to subvert the existing and well-defined process of public consultation.

The Trafficking Bill is yet another instance of legislation introduced by the Centre that inhibits public participation in democracy.

The Draft Lakshadweep Regulations consist of three regulations about land development, anti-social activities and animal cruelty. The first two regulations provided three weeks for feedback, while the third provided four weeks. The President promulgated these laws under Article 240, effectively doing away with the norms in the PCLP.

Note that these draft regulations promulgated under Article 240 have the same force and effect as an Act of Parliament. The vernacular versions of these regulations have also not been published, which is not in sync with the general practice for laws that affect local groups, which must get widely publicised.

The government has justified the absence of local-language drafts, saying it is not a legal obligation to publish vernacular versions. Its response demonstrates the utter disregard of the government for public participation.

Indeed, the government has deliberately avoided providing a fundamental guarantee in a participative democracy. Union Territories such as Lakshadweep do not have legislative assemblies. Their representation in Parliament is minimal, too.

It should prompt proactive initiatives to promote public participation in decision-making. Yet, the reality is in clear contrast to what people need. In the case of the legislation on Lakshadweep, neither representative nor participatory democracy seems to be available for the public.

The central government’s attempts to inhibit the growth of participative democracy extend to legislative and executive action. The foremost example is how it has brought forth the Draft Environmental Impact Assessment Policy (Draft EIA Policy).

In March 2020, the government issued a notification publishing the Draft EIA Policy inviting comments from the public within 60 days which the government later extended. As the announcement came at the start of the national lockdown, the timeframe was inadequate, making the exercise of collecting public feedback meaningless.

The policy was also not published in vernacular languages. Taking cognisance of a writ petition, the Delhi High Court extended the time to submit public feedback. It directed the government to release the Draft EIA Policy in other, especially Eighth Schedule, languages. The Karnataka High Court, making similar observations, stayed the publication of the final notification.

The Centre seems to be making concerted efforts to limit public participation by attacking the two crucial elements of participative democracy. It has provided inadequate time to the public to submit feedback on policy decisions.

By straying from the general practice of publishing draft legislation and policies in vernacular languages and giving them wide publicity, it has subverted the disclosure of information to the public. These have a direct bearing on effective public participation.

The effect worsens when we take the impact of the COVID-19 pandemic into account. The pandemic has weakened public participation and information disclosure norms. The judiciary has tried to uphold participatory aspects of the Indian democracy, but it is primarily the task of the government to facilitate participative democracy.

(The author is a law graduate. He is interested in constitutional and human rights law. The views expressed are personal.)