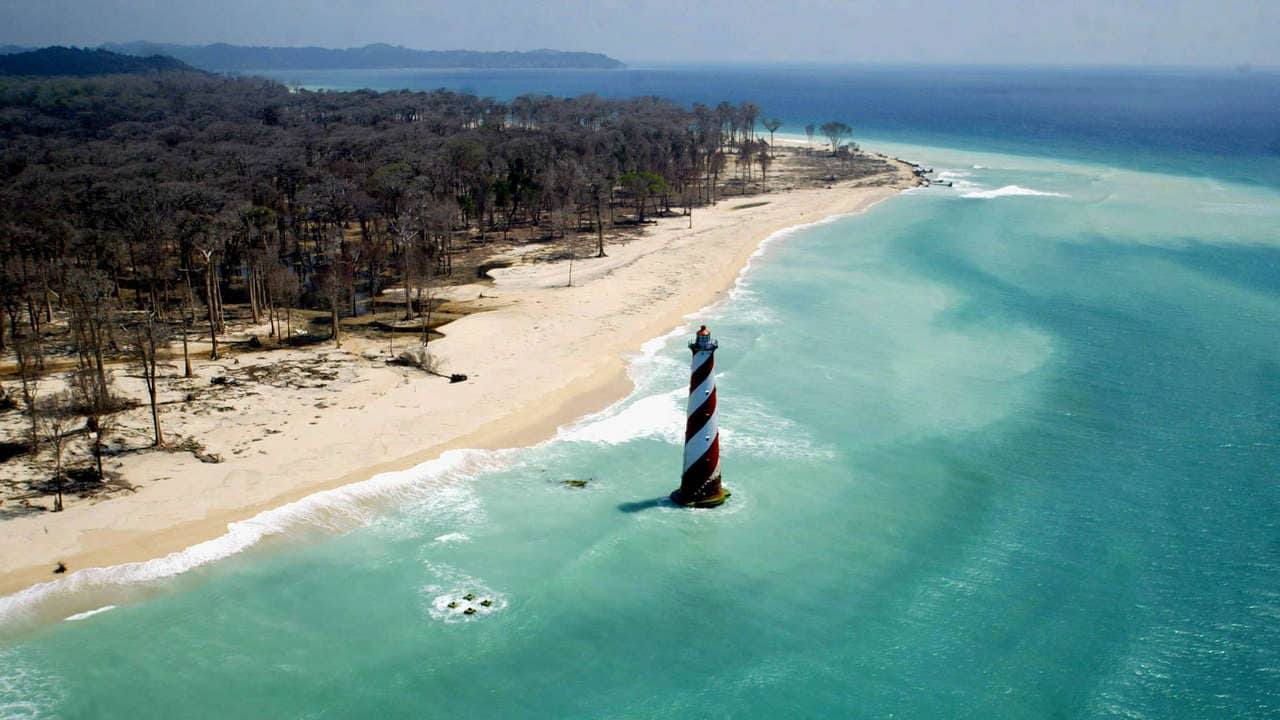 Little Andaman is next in line for strategic development under NITI Aayog’s ‘Transforming Islands for Web’ proposal. The megacity plan with its lack of clarity has, however, raised concerns from citizens and conservationists alike. Listed under terms such as holistic and strategic, is a plan that lacks solid ideation and raises concern for the island’s indigenous population reports SAIKEERTHI.

NITI Aayog’s vision document to develop the strategic location of Little Andaman island has caused heated debates among the masses. The document details plans to build a greenfield coastal city and free trade zones in the area. The island has been divided into three specific zones and development anchors.

Zone 1 – 102 sq km of the east coast of Little Andaman is to be developed into a financial district, a tourism and a hospital district.

Zone 2 – 85 sq km along the forest covers of the island is to be developed into the leisure zone with a film city and residential complexes which will also serve as a tourist hub.

Zone 3 – Another 52 sq km along with the forest covers on the western coast, is to be a nature zone. This is further categorically planned to be developed into a forest resort, nature healing district and a nature retreat.

Furthermore, the document also details out plans to harness scuba diving spots, develop ‘world-class’ infrastructure including hotels and resorts along with identifying spaces for ‘focused development’.

Plans have been made to develop the transportation sector through an airport, expansion of the island’s jetty and a 100km greenfield ring highway.

Bottlenecks in the Plan

The document lists out an expansive developmental project but fails to explain the steps NITI Aayog will take to achieve it. Certain causes of developmental concern include the lack of connectivity between the island and the Indian mainland.

The document also fails to address the presence of indigenous tribes and steps taken in their welfare. Out of 95 percent of the forest cover on the island, about 450 sq km is protected under the Onge Tribal Conserve and 640 sq km is reserved under the Indian Forest Act 1927.

Another important aspect that has drawn widespread criticism include the lack of supervision on the part of the government over safeguarding the fragile biodiversity on the island. These development plans stand the chance of going against a few Supreme Court notifications as well.

The document also fails to address the presence of indigenous tribes and steps taken in their welfare. Out of 95 percent of the forest cover on the island, about 450 sq km is protected under the Onge Tribal Conserve and 640 sq km is reserved under the Indian Forest Act 1927.

Resolutions put forward by the government proposes de-reserving 32 percent of the forest cover. This would reduce the share reserved for the tribal population to fall to 31 percent.

In terms of relocation strategies or protection schemes, the document simply lists out that sufficient steps are to be taken. However, no detail regarding these steps has been disclosed.

The document presented had raised widespread criticisms over its choice of images and mention of national parks that are not situated in Little Andaman. The geographical vulnerability especially since the tsunami that hit in 2004 has not been taken into consideration.

Another important criticism raised against the proposal is the lack of information available on the finance and budget allotted for the project. The proposal also does not mention any forest or ecological wealth inventory of the island nor the performance of any impact assessment.

In a note dated September 26, 2020, the Divisional Offer of Little Andaman voiced out concerns regarding the development plan. It claims that the allotment of large forest covers for the proposal could cause irreversible damage to the ecosystem.

The breeding grounds of the Giant Leatherback sea turtle at West Bay on the eastern coast of Little Andaman has been allotted for the development of resorts and residential villas. This has attracted widespread scrutiny from various conservationists from the country.

In a note dated September 26, 2020, the Divisional Offer of Little Andaman voiced out concerns regarding the development plan. It claims that the allotment of large forest covers for the proposal could cause irreversible damage to the ecosystem. This would directly affect wild animals that live amidst these forests. It raised need for an impact assessment without which proper steps cannot be taken to ensure protection for the island.

NITI Aayog’s development plant fails to acknowledge the ecosystem being crushed under expansive tourist resorts and scuba diving stations. The indigenous people and the flora and fauna of Little Andaman receive little to no protection in the proposal put forward.

(Saikeerthi is a final year student at Symbiosis Institute of Media and Communication and an intern with The Leaflet.)