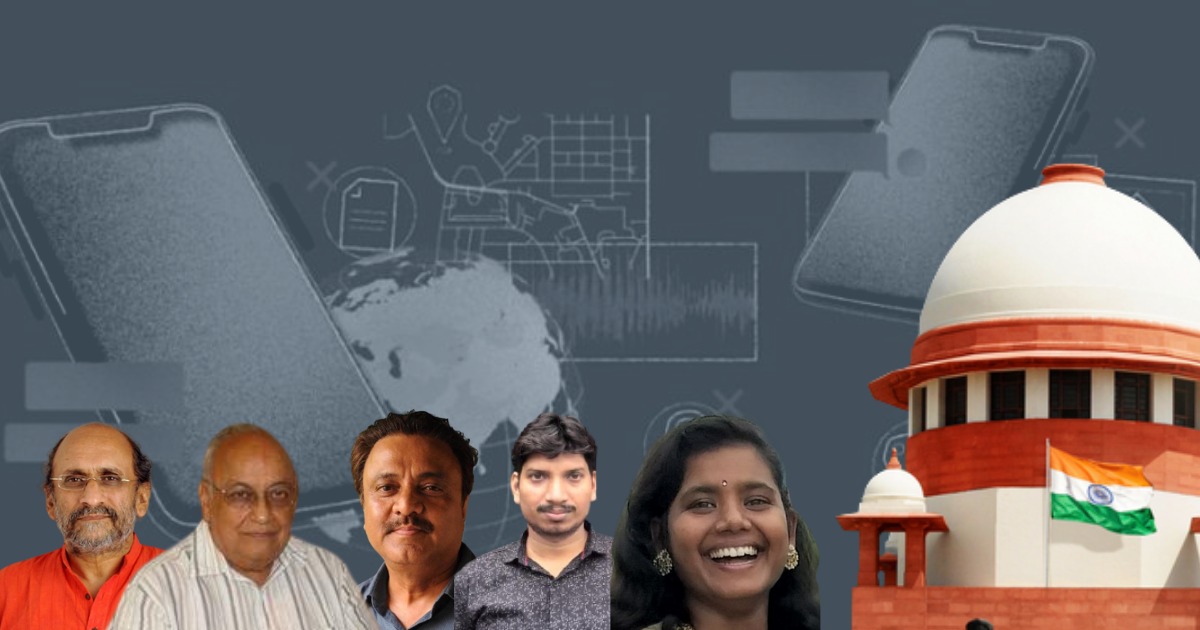 IN the latest development in the Pegasus row, five journalists whose mobile phones were allegedly infiltrated by the Pegasus malware, have approached the Supreme Court seeking disclosure of all documents authorizing the use of the Israeli spyware.

The is the first petition which has been filed by the aggrieved persons.

Journalists Paranjoy Guha Thakurta, S.N.M. Abidi, Prem Shankar Jha, Rupesh K Singh and Ipsa Shatakshi, the petitioners, have also requested the top court to direct the Central Government to put in place a judicial oversight mechanism to deal with any complaints on illegal breaches of privacy and hacking and punish all government officials responsible for such breaches.

They have also sought a declaration from the Court that the installation and/or use of malware or spyware such as Pegasus is illegal and unconstitutional.

The plea states the breach of fundamental rights poses a grave threat to the freedom of speech and expression and also to the existence of a free press which is the cornerstone of our democracy.

It says the government failed to “unequivocally refute the assertions that it did not enter into contracts for the purchase of Pegasus or otherwise sanction its use, and therefore it is reasonable to assume that the hacking of the computer/computer systems, including those of the Petitioner, were the result of actions traceable to public servants, and it is incumbent upon Respondents to furnish information to identify the source of what it claims was illegal executive action.”

The plea has been filed through advocate-on-record Prateek Chadha.

Earlier, senior journalists N Ram and Sashi Kumar Menon filed a petition seeking a probe by a sitting or a retired judge of the Supreme Court into the snooping scandal and a direction to the Centre to disclose if it had or any of its agencies obtained license(s) for the Israeli spyware.

Rajya Sabha MP John Brittas and advocate ML Sharma also moved the top court seeking a probe into the Pegasus scandal. The court is likely to hear all the petitions on August 5.