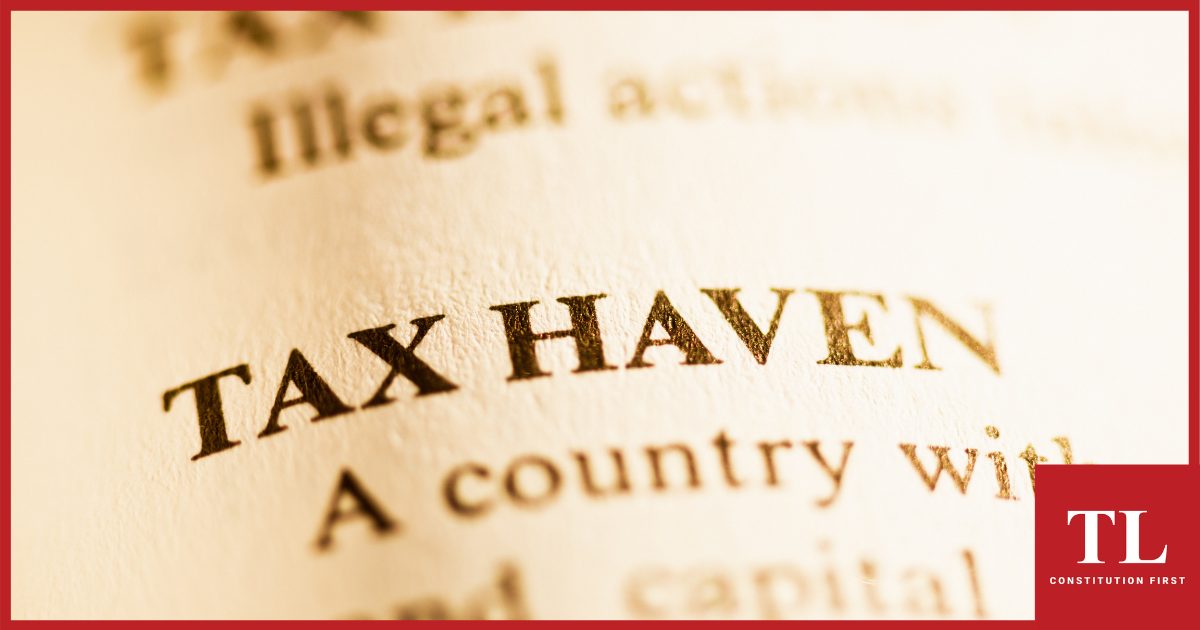 Citing the Unitech and Amrapali investigations that have laid bare the well-oiled nexus of bankers, agencies and Indian corporates enabling the siphoning off public money to offshore tax havens, ASHISH KHETAN argues that investigative agencies must widen their net to hunt down all those who have diverted money belonging to ordinary Indians into their foreign accounts.

THE Enforcement Directorate (ED) has cracked down on Unitech promoter Sanjay Chandra and his family for laundering funds deposited by home buyers to Cyprus and Cayman Islands.

On April 21, United States Senator Bernie Sanders wrote an opinion piece for CNN arguing that if America had to grow economically, it must take an urgent fourfold fiscal action: a) make American corporations pay their due share of taxes; b) impose a steep tax on the inherited wealth of more than $3.5 million; c) tax Wall Street financial transactions; and d) bring an end to the offshore tax-havens.

India’s domestic and international tax regimes are rigged in the favour of the rich. It has inexplicably slashed domestic corporate tax rate to an all-time low while at the same time disastrously failed to tax foreign corporations.

Besides failing to make wealthy corporations and individuals pay their due share of taxes, India has also allowed the pure unadulterated diversion of public money, often to places like Mauritius, Dubai, Cayman Islands and Cyprus.

India is in the midst of an unprecedented humanitarian and financial crisis. To bolster its tax revenues, India, besides implementing Senator Sanders’ four-point tax agenda outlined above, will also have to take an additional crucial step: It must bring to account those who have siphoned off public money to tax havens abroad.

Unitech and Amrapali cases just tip of the iceberg

There is a big difference between evading taxes and stealing public money. While tax evasion and profit diversion are a universal problem, Indian capitalism has had a unique, pernicious feature, matched only by the utterly lawless and corrupt countries in Sub-Saharan Africa.

Some Indian companies, in cahoots with bankers and Indian investigating agencies, have been siphoning off money raised through bank loans, deposits made by ordinary investors in the form of equity and corporate bonds, and advances received from home buyers to offshore low tax jurisdictions.

A forensic audit of Unitech Ltd and Amrapali, two of the biggest real estate firms in India, done at the order of the Supreme Court, has revealed massive diversion of funds invested by home-buyers and banks to off-shore tax-havens.

But Unitech and Amrapali cases are just the tip of the iceberg. Many big Indian companies operating in sectors like mining, oil and infrastructure, have been also siphoning off public money and converting it into assets held abroad. Most of these transactions are well known to Indian agencies, but due to political patronage that some of the delinquent promoters enjoy, not much has been done to deter, let alone punish them.

Also read: Dilip Chhabria made crores designing cars, then why did he design creative ways to defraud banks?

The Amrapali and Unitech cases provide a good peek into the modus operandi perfected by some of the Indian corporates that engage in this deceitful practice.

After examining the account books of Unitech Group and its subsidiaries, the auditor reported to the Supreme Court of India that about Rs 5,063 crore (about USD 900 million), or 40% of the collections from home-buyers, was not used for the housing projects at all. Instead, the money was diverted to off-shore tax-havens in the form of high value investments that were later written off.

In July 2019, the Supreme Court ordered the federal anti-money laundering agency to investigate Amrapali, another real estate group based in Noida, near New Delhi, for diverting funds overseas with the help of JPMorgan Chase & Co. The violations, based on a forensic audit, ranged from disregarding foreign investment norms, paying dividend without generating profits, and setting up letter box companies in tax havens to overvaluing shares.

“It is apparent from the report of the forensic audit submitted by Forensic Auditors that there is a serious kind of fraud played upon the buyers in active connivance with government officials and that of the banks. The money of the home buyers has been diverted. The Directors diverted the money by the creation of dummy companies, realizing professional fees, creating bogus bills, selling flats at undervalue price, payment of excessive brokerage, etc. They have obtained investment from J.P. Morgan in violation of the Foreign Exchange Management Act and Foreign Direct Investment norms. The shares were overvalued for making payment to J.P. Morgan. It was adopted as a device for siphoning off the money of the home buyers to foreign countries. In view of the huge money collected from the buyers and comparable investments made in the projects, there was no necessity to obtain a loan from banks. The amount so obtained was not used in the projects.”

Ironically, the offshore tax jurisdictions involved in all such cases happen to be those with whom India has entered into double tax avoidance treaties. These agreements were supposed to lead to automatic exchange of information. Instead, these provisions, meant to provide relief from double taxation and promote bilateral investments, have been instrumental towards the pure, unadulterated diversion of public funds.

Moreover, this diversion of illicit wealth has come to light not because of any international cooperation framework or global task force or multilateral dialogue or by following any Organisation for Economic Co-operation and Development handbook, but because of the forensic audits carried out at the orders of the Supreme Court of India.

The matter reached the Supreme Court only after big real estate developers like Unitech and Amrapali went bankrupt, and the affected home buyers and banks approached the court for relief.

If the Indian economy had not slowed down and the cash flow of these companies had not been disrupted, there is very little chance that these scams would ever have been reported. This also highlights the incompetence, inadequacy and complicity of government agencies in the systematic siphoning off of public money.

Many companies’ loan accounts have turned out to be outright fraud. For instance, AGB Shipyard’s (the largest private shipbuilding company in India) Rs 14,000 crore (USD 2.2 billion) loan account was declared as ‘fraud’ and classified as a non-performing asset by its banking consortium in January 2020.

More recently, the State Bank of India (SBI) classified three bank accounts of Anil Ambani’s Reliance Group as fraud. The SBI informed the Delhi High court that during an audit, misappropriation, diversion and siphoning of funds came to light.

The ED is investigating alleged irregularities in the bank loans granted to Essar Steel Minnesota during 2010-11, and Sterling Biotech which defaulted loans of Rs. 8,000 crore. The allegation is that the bank loans were diverted to offshore jurisdictions.

While some cases like those of Unitech, Amrapali and Videocon seem likely to conclude, several other investigations are being soft-pedalled. It is feared that the powers that be are shielding the culprits.

(Ashish Khetan is an author and lawyer. He specialised in international economic law at Cambridge University. His latest book, Undercover, has just been released. The views expressed are personal.)