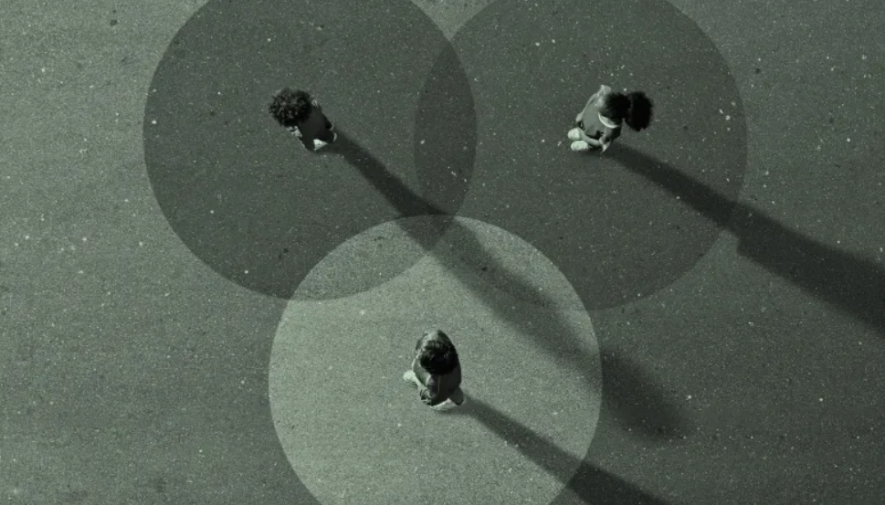 In India, Religion and Neoliberal Individualism Have Converged

Neoliberal Hindutva is riding on a convergence of religion and market, that is fuelling a push for individualistic self-realisation.

Today, there are two unmistakable strands to the aggressive mobilisation of the Bharatiya Janata Party. One is instrumentalising religion and the second, weaponising the free market. Aggressive neoliberalism is hand in glove with militant imageries of religious figures. The monetisation and privatisation of public assets have combined with de-privatising religion and dragging it out to the streets. “Free market” is not about being free but “compensatory consumption” for the middle classes and subsistence for the underprivileged. In the same way, religion is not about spirituality but justifying majoritarian dominance.

Postcolonial scholars had vociferously argued that the sacred would militate against instrumental market value. The spiritual domain was supposed to involve a collective investment in otherworldly pursuits that shun crude materialism. The market was supposed to bring in relations based on free exchange and contractualism in the place of rigid hierarchies. As Amartya Sen has argued, the market is like language, a medium to promote choice without judgment.

Against most of the prognosis, religious ethics and market values seem to have come together to strengthen muscular majoritarian rhetoric. Both religion and the market don’t seem opposed to authoritarian forms of governance. Latent practices within religion and the market are simultaneously being conjoined and mobilised by Hindutva politics. A closer look allows us to see that religion is about individual self-realisation. It offers an individual a path to realise the finality of truth. Faith-based practices are deeply experiential but in a tautological sense: One needs to believe to experience faith and have unflinching faith to experience truth/God. Not realising God only means a lack of faith or inability to get rid of doubt.

On the other hand, the instrumental logic of the market is about being ‘atma nirbhar’ or self-reliant. One moves up the ladder through enough prayas or effort (“sabka prayas”). However, failure is an individual’s responsibility or the result of chance, luck, which did not put a person in the right place at the right time. Every individual must take responsibility for their success, so it is all about individual commitment, talent and effort. What is valued in such a frame is not freedom but security—a search for security through personal effort. Strangely, then, freedom is the collective price paid for individual safety. The State, like God or the leader, only keeps a watch. God cannot be blamed for an individual’s failures, just like a leader cannot be held responsible for lack of motivation, and the market cannot account for lack of merit.

This convergence of the individual ethic of religion and the market seems to be driving the current drive to combine religious mobilisation with neoliberalism. Both direct us towards self-realisation and self-oriented success. Over the last five decades, privatisation and neo-liberal reforms have broken the legitimacy of a shared ethos. All welfare is appeasement or patronage, demanding hateful exclusion or faithful loyalty. To exclude and profess loyalty are the new guarantees of security. One must exclude the ‘otherised’ Muslim, and to do this, one has to remain loyal to those pursuing it on your behalf. Outside this frame stands the sheer individual, exposed to the vagaries of chance, luck and greed.

This is the phenomenon behind the extensive Hindu solidarity we see. The mobilisation we see exists alongside entrenched individualism. ‘Community’ is only a façade to justify weaponising religion and pursue an instrumental market. Within the confines of rhetorical religious unity and community solidarity, one can aggressively accumulate, exploit and appropriate.

The State, like capital and the market, is predatory, and what it does is protect aggressive pursuits without the interference of the law. In fact, the new-found role of the State, to protect from the interference of law, is repeatedly being demonstrated—through, for example, the demolitions in Jahangirpuri and false cases filed during the Delhi riots. Even judicial pronouncements are being blatantly violated—to demonstrate that the law stunts the market and growth by impeding religious unity. Today, the law is projected and seen as a threat to the security of the majority.

The terms of reference have changed, so harping on constitutionalism, law, secularism, rights, and democracy no longer speak to reality. Today, law and the Constitution are seen as appeasing minorities and vocal left-liberals abusing freedom.

There have been faint attempts to challenge the vitriolic by distinguishing between Hindutva and Hinduism, love and hate, harmony and violence. But for the majority community, the two sides of these binaries have seamlessly merged. They feel you need violence for peace, militant Hindutva to realise the more spiritual side of Hinduism, and unadulterated hate to love ourselves and one’s religion without guilt. Merely drawing the wedge between Hindutva and Hinduism is not disturbing this sense of reality. It isn’t making the majority rethink the voluntary consent they have lent to the current regime. Secularism as separation of religion and politics has become unacceptable, but even combining religion and politics for spiritual self-realisation is under stress. We have an instrumentalised version of faith whose roots lie in the neo-liberal marketisation of social life.

The “animal spirits” of the market have converged with social Darwinism of the religious kind. Festivals are no longer about celebration but violent assertion, as consumption is no longer for survival or status but for giving life new meaning. The pandemic years only entrenched nihilistic attitudes. It has not forced us to pause and rethink. Resistance to such reality has to be internal, not external. At the very least, it would mean seriously addressing the security concerns of the dominant community without justifying violence, pulling back market-oriented voluntarism with structural welfarism, and critiquing religious toxicity across religions without concessions or differentiating majority from minority.

The views are personal.