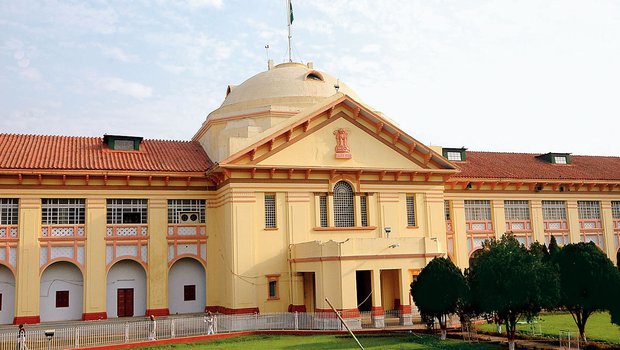 THE Patna High Court in a recent judgement directed that judicial officers be trained in the exercise of discretion in the process of sentencing, particularly in Sessions Trail where the judicial officers have to choose between life and death as an alternative punishment.

A two-judge bench comprising the Chief Justice Sanjay Karol and Justice Anil Kumar Upadhyay noted, “It would be a travesty of justice if the Judges are allowed to exercise discretion in the matter of sentencing in a humorous manner. The constitutional mandate of the rule of law is applicable in the decision-making process and Courts are no exception”.

The court also directed the Director of the Bihar Judicial Academy, Patna to formulate a course for training of all the judicial officers vested with the power of sessions trial.

“How to exercise judicial discretion and balancing of aggravating and mitigating circumstances at the same time balance of individual life and personal liberty and security of the society as well as the State is required to be part of the training of all judicial officers”, the court stated.

The observations of the High Court bring the debate on the criminal justice reforms in the sentencing policy into the limelight.

Sentences and sentencing in India

There are no guidelines to regulate or streamline the sentencing discretion of a judge. Neither the legislature nor the judiciary has issued any structured sentencing guidelines. Thus, the decree to decide the quantum of punishment rests solely on the discretion of the judge adjudicating the trial.

Indian Penal Code, 1860 continues to hold on, for the most part, the volume of punishments at the same level as 160 years ago while the value of the rupees has gone down and the period of imprisonment got shortened through administrative concessions.

The Criminal Procedure Code, 1973 provides wide discretionary powers to the judge once the conviction is determined. Specifically, the section 235 (Judgement of acquittal or conviction), 248 (Acquittal or conviction), 325 (Procedures when Magistrate cannot pass sentence sufficiently severe), 360 (Order to release on probation of good conduct or after admonition) and 361 (Special reasons to be recorded in certain cases) – give a broad competence to adjudge.

While recognising the absence of structured guidelines, the higher courts have laid down a few principles and factors that the trial must take into account while exercising discretion in sentencing.

There are recommendations made by select committees on reforms on the uniformity of sentencing policy, however, the these have remained unsettled from a period of time.

The Malimath Committee, a body established by the Ministry of Home Affairs to study the reforms in the criminal justice system, issued its report in 2003 making a range of recommendations, including on the sentencing policy. The Committee recommended adopting guidelines in order to minimize the uncertainty by judicial officers in awarding sentences.

“The Indian Penal Code prescribed offences and punishments for the same. For many offences, only the maximum punishment is prescribed and for some offences the minimum may be prescribed. The Judge has wide discretion in awarding the sentence within the statutory limits. There is now no guidance to the Judge in regard to selecting the most appropriate sentence given the circumstances of the case. Therefore, each Judge exercises discretion accordingly to his own judgment. There is, therefore, no uniformity. Some Judges are lenient and some Judges are harsh. Exercise of unguided discretion is not good even if it is the Judge that exercises the discretion. In some countries guidance regarding sentencing option[s] is given in the penal code and sentencing guideline laws. There is a need for such law in our country to minimise uncertainty to the matter of awarding sentence. There are several factors which are relevant in prescribing alternative sentences. This requires a thorough examination by an expert statutory body”.

Then in 2007, a Draft Report on the National Policy on Criminal Justice was submitted to the Ministry of Home Affairs. The report which was prepared under the Chairmanship of Professor Madhava Menon reasserted the need for placing statutory sentencing guidelines. However, the recommendation of the report is yet to be implemented.

The courts have the duty to award proper sentence having regard to the nature of the offence and the manner in which it was committed. They also have to ensure that the punishment is of such a nature that it is proportionate or commensurate to the gravity of the offence committed. The utility of the sentencing policy does not end after the completion of the trial; it again comes into play in deciding the probation period of offenders.

If the uniform sentencing policy is placed in the regime, first and foremost, it will bar judges to retain their significant discretion, their individualised approach to justice and ensure that judges do not issue varied sentences. Secondly, it will reduce disparities in sentencing.

Additionally, a proper sentencing mechanism will also strike a balance between the rights of the victim and the accused ensuring fair trials. Lastly, it will further help in strengthening public confidence in the judicial process.

In the past couple of decades, many jurisdictions across the world including the United States and the United Kingdom have established advisory councils for sentencing to bring in additional information and analysis regarding sentencing matters. If comprehensive guidelines and criteria for sentencing are not established, then sentencing is entirely up to the discretion of the judges.