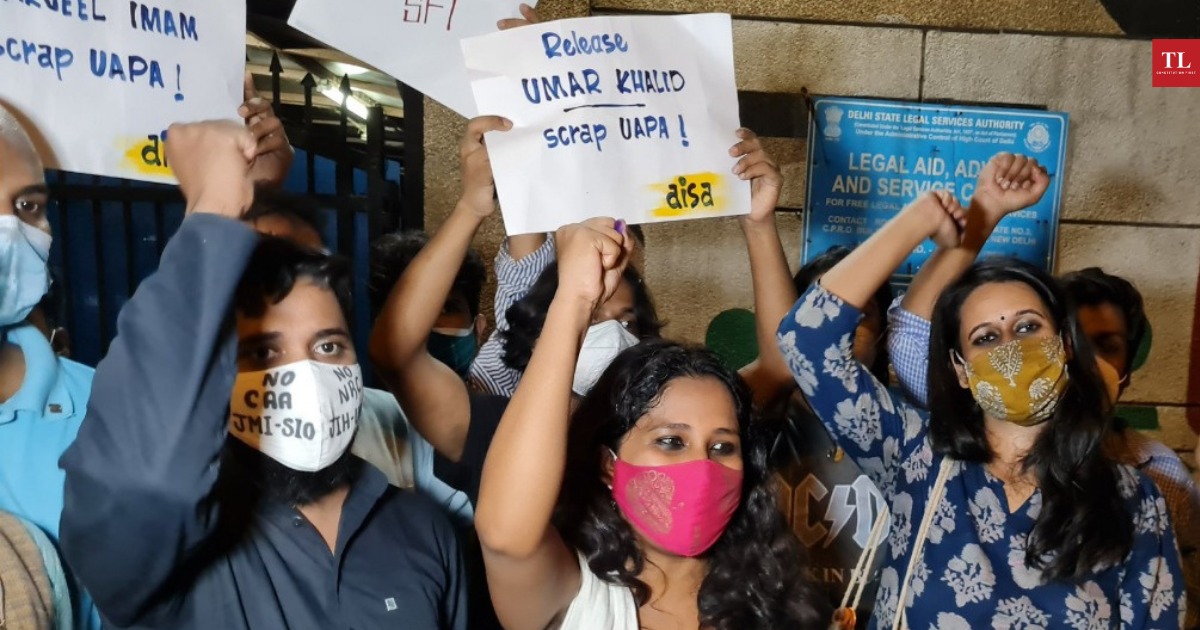 Govt wants to cage women who speak against it, say Narwal and Kalita as they and Asif Tanha walk free from jail

The Leaflet·June 17, 2021
Home
Due Process
Democracy and Rule of Law

AFTER languishing in jail for more than twelve months under Unlawful Activities (Prevention) Act [UAPA] charges, which the Delhi High Court Tuesday found prima facie not made out, activists Devagana Kalita, Natasha Narwal and Asif Tanha were released from Tihar jail this evening.

All three are accused of criminal conspiracy to instigate the North-East Delhi violence in February 2020.

Speaking to the NDTV outside Tihar jail, Narwal said she received a lot of love from inmates and children in jail”

“Govt wants to cage women who speak against it”, said Narwal and Kalita.

Granting bail to all the three, a bench of Justices Siddharth Mridul and Anup J Bhambhani said, “Allegations relating to inflammatory speeches, organising of chakka jaam, instigating women to protest and to stock-pile various articles and other similar allegations, in our view, at worst, are evidence that the appellant participated in organising protests, but we can discern no specific or particularised allegation, much less any material to bear out the allegation that the appellant incited violence, what to talk of committing a terrorist act or a conspiracy or act preparatory to the commission of a terrorist act as understood in the UAPA”.

The bench said “In its anxiety to suppress dissent, in the mind of the State, the line between the constitutionally guaranteed right to protest and terrorist activity seems to be getting somewhat blurred. If this mindset gains traction, it would be a sad day for democracy”.