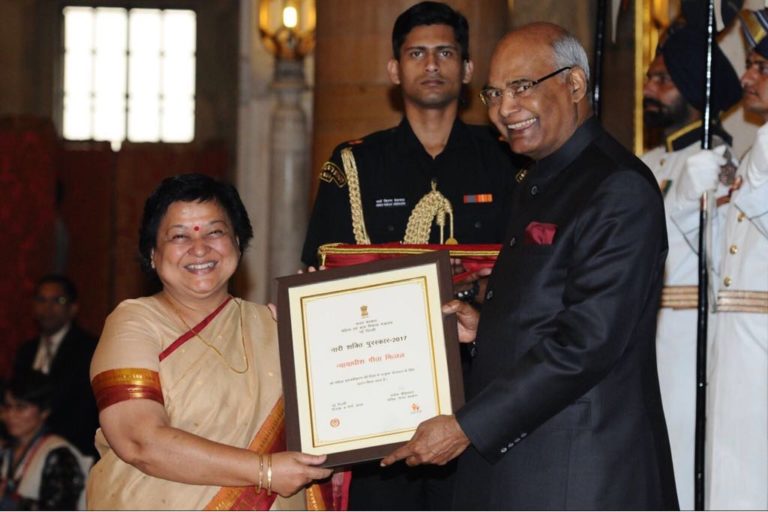 One of the three pillars of a democratic republic is the independent judiciary. In order to keep the judiciary truly autonomous and outside the influence of the incumbent government, any form of rewarding of the sitting judges, especially of the high courts and the Supreme Court, must be discouraged. This is the unwritten code of judicial ethics that ought be inculcated in every member of the functioning judiciary and the government, so as to not even appear to be giving any favours to each other, let alone actually granting them.

In an unbelievable violation of this spirit of judicial independence, Acting Chief Justice of the Delhi High Court, Gita Mittal, has been awarded the Nari Shakti Puraskar by the Narendra Modi-led NDA government in the Centre. While the ceremony will be held at Rashtrapati Bhavan tomorrow, March 9, 2018, the award, conferred by the Union Ministry of Women and Child Development, has been accepted by Justice Mittal, as per news reports.

It must be noted that Justice Mittal is the first person from the legal field to be granted this award, which recognizes efforts made by women and institutions contributing towards gender justice and empowerment of vulnerable women. However, the very conferral of the award to a sitting judge, that too the acting Chief Justice of the Delhi High Court that is listening to a number of cases in which the Union government is a party, is an attempt to influence the judiciary with laurels and recognition to individual judges.

As reported in the legal press, by declining to accept a cash honorarium which the award carries, requesting that the amount be remitted to the National Trust for Disabilities instead, Justice Mittal has tried to walk the tightrope of not compromising judicial independence while also accepting the government recognition. However, the very act of acceptance bodes ill for the fundamental autonomy of the judiciary, which must desist from walking into the government trap of clipping its wings by way of awards, post-retirement posts, and other lures.

In fact, former justices, and even the Chief Justice of the Supreme Court, accepting gubernatorial and other government posts after retirement had raised eyebrows not only in the corridors of the judiciary, but also had sent out a ripple of uncertainty in the national media. Former CJI P Sathasivam was appointed the Governor of Kerala in a move that made many sit up and question if that had anything to do with the court cases against prominent members of the ruling party at the Centre.  It is exactly this problem that was highlighted by former Supreme Court judge and the Chief Justice of the Orissa High Court, Justice Venkate Gopala Gowda, who said “taking post-retirement jobs amounts to betraying the oath of office”.

A particularly worrying trend of as many as 70 per cent of retired Supreme Court judges accepting quasi-judicial and other government posts came to light to early 2016, throwing the autonomy of the judiciary in a spot.  Former CJI RM Lodha, who succeed Sathasivam, had red-flagged this inherent breach of ethics in sitting judges accepting constitutional and/or quasi-government posts after retirement, saying there ought to be a “cooling off period” of at least two years, and the laws that require Tribunals and Commissions to be headed by judges should be scrapped. In sharp contrast to ex-CJI Lodha, his successor, HL Dattu had indicated his willingness to accept the Modi government’s proposal to be appointed as the chairperson of the National Human Rights Commission.

While an award might seem tiny when compared to post-retirement posts, they nevertheless cast doubts on the sitting judge’s professional integrity. Since the judiciary must not only deliver justice, but also be seen to be doing so, Acting Chief Justice of Delhi High Court, Gita Mittal, accepting the Nari Shakti Award from the Modi government doesn’t look and feel right. It’s therefore imperative that acting Chief Justice Mittal be disqualified from hearing any case to which the Union government is a party.

While the Nari Shakti Award is ostensibly the government’s way to recognizing women’s contribution to mark the International Women’s day on March 8, it must be noted that an attempt to erode judicial autonomy is not the way to go about it. If the government wanted to recognize women in the legal field, it could have appointed Justice Indu Malhotra to the Supreme Court, which has only one woman out of 31 judges in its courts. Similarly, the immense accomplishments of Senior Advocate Madhavi Divan have been overlooked with the government failing to appoint her as an Additional Solicitor General, even though she’s most competent to carry out the responsibilities that come with the post.

It’s quite obvious that the decision to award Justice Mittal with the Nari Shakti Award is an eyewash to cover up the many failures of this government when it comes to women’s issues. Just reducing women’s empowerment to a few hashtags and laurels given out to inappropriate candidates with a view to coopt the judiciary is not only unethical, it’s downright undemocratic.