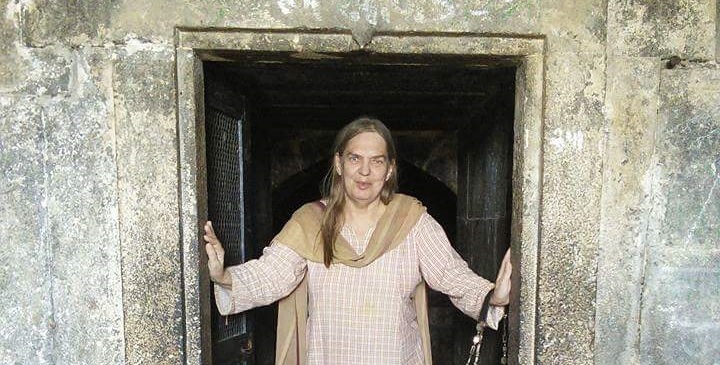 Gail Omvedt was a champion of Dalit-Bahujan rights

In her scholarly and socially engaged life, spanning over 50 years, American-born Indian intellectual Gail Omvedt (1941-2021) fought at several levels for an exploitation-free India. She participated in grass-root movements of women’s groups and farmers’ organisations and produced path-breaking academic works. She wrote in lucid English for popular journals and made public speeches in fluent Marathi.

The noted human rights activist contested the normalisation of caste, class, and patriarchy and challenged the discriminatory tenets of Brahminism. She questioned the glorification of a problematic tradition and exposed the elitist tendency to equate Indian tradition with Hinduism and Hinduism with Brahminism by stressing that even the progressive-secular minds, let alone the Hindutva hotheads, remain imprisoned within this mindset.

Asserting that the anti-caste/non-Brahmin movement represents the true enlightenment in India, Omvedt demonstrated that there has been a long tradition of social contests, intellectual dissent and cultural rebellions in history against caste and Brahminism and such contests will continue as long as these oppressive forces are alive and kicking.

Also read: Gail Omvedt took caste to global audience that was fed only a Brahminical point of view

In the course of her remarkable journey, Omvedt gradually emerged as the most trusted friend of India’s suffering Dalit-Bahujans in the academic domain. During her eventful life and career, she nurtured and mentored hundreds of Dalit-subaltern students and scholars, most of them first-generation learners, showing them how to research, write and communicate effectively for making the dream of an egalitarian society a possibility.

Omvedt discarded the guru-shishya tradition, which still dominated India’s academic campuses as she embraced and interacted with upcoming, struggling Dalit scholars on an equal footing. Giving hope to the suffering—through her writing, activism and personal warmth—was her most endearing contribution. And, this, perhaps, explains the large-scale spontaneous outpouring of grief and gratitude at the news of her death.

Also read: Bidding Goodbye to Gail Omvedt, Who Epitomised the Figure of an Activist-Scholar

How the steel was tempered

Born in 1941 in Minneapolis, Minnesota, US, Omvedt attended Carleton College and later went to the University of California, Berkeley, for her doctorate. A product of the anti-war movements of the 1960s, which also saw the rise of a robust civil rights movement in the US, she taught African-American children in her neighbourhood in her young days.

Omvedt visited India first in 1963 and her forensic mind took note of the deep caste- and gender-based discrimination, which had some parallels with the oppression of African-Americans in her own country.

Something stirred within her as she came back to India again in 1970 to work on her Ph.D. thesis on caste, culture and conflict. She learnt Marathi and went through the primary records for her dissertation on ‘Cultural Revolt in a Colonial Society: The Non-Brahman Movement in Western India, 1873-1930’, which was published in India in 1976 to both critical and popular acclaim as the work was also translated into Marathi.

Omvedt went back to the US to take up a teaching position in San Diego, but she listened to her heart and finally settled in India in 1978. She participated in various farmers’ and fledgling women’s movements. It was during this time that she met and eventually married Dr. Bharat Patankar, a Maratha-Kunbi Marxist and Phuleite who had relinquished his medical career for emancipatory socio-political work.

In 1983, Omvedt gave up her American citizenship and settled in a hut-like home at Kasegaon, in Sangli district of Maharashtra. In retrospect, it seems that those days of heady idealism—of the 1960s and ’70s in the US and India—shaped her emancipatory worldview and tempered her steel to wage a life-long battle against injustice and oppression.

Omvedt was the first major scholar who wrote extensively on the social movements against discrimination of caste, class, gender, Brahminism and religion. She has left behind a rich corpus of research, documentation and academic work.

Her contribution to the study of women’s movement and feminism in India is pioneering as her initial works were on women’s movements in the ’70s and ’80s—We Shall Smash This Prison: Indian Women in Struggle, etc.

Her most enduring contribution was in the realm of anti-caste writings. Beginning with her work on the non-Brahmin movement in western India, which carries a revealing chapter of Phule’s life and struggle, she went on to write influential works on BR Ambedkar and other anti-caste fighters such as Shahu Maharaj and Periyar.

In many ways, Dalits and the Democratic Revolution: Dr. Ambekar and the Dalit Movement in Colonial India (1994) is her central work, in which Omvedt bases her analysis on new historical materialism that takes into account the interconnected realities of caste, class and gender.

Engaging with Phule-Ambedkar’ ideology and struggle for a democratic society, she shows how through the rightist concoction of seamless national unity against colonialism on the one hand and the leftist class vision, which subsumes all realities of caste and its discrimination, on the other, the Dalit movement has been distorted and marginalised in the historiography of both the nationalist and Marxist varieties.

Omvedt authored several books related to this subject, such as Dalit Visions (1995), Ambedkar: Towards an Enlightened India (2004) and Understanding Caste: From Buddha to Ambedkar and Beyond (2011). Her book Buddhism in India: Challenging Brahmanism and Caste (2003) explores the 2,500 years of development of Buddhism, Brahamnism, and caste in India.

One of her most remarkable works is Seeking Begumpura: The Social Vision of Anti-caste Intellectuals (2008), which illuminates the world of many Dalit-Bahujan and women intellectuals—Chokhmela, Janbai, Ravidas, Kabir, Tukaram, Phule, IyotheeThass, Pandita Ramabai, Periyar and Ambedkar—who existed before and during the European Renaissance and modernity and dreamed of an exploitation-free world.

As an eminent sociologist who saw through the contemporary exploitation—through class, caste, gender and religion-based identities—Omvedt was prescient in recognising this menace, which has affected the nature of the new classes that have emerged in the modern period.

She clearly saw that the capitalist class was mainly composed of former Brahminic, Bania and Kshatriya groups, and though castes were getting separated from their former assigned tasks, the correlation with lowly social status and the assignment of the subalterns to the dirtiest, most laborious and non-intellectual tasks remained.

It was this ugly reality that made her constantly remind us that the contradictions in Indian society were not merely on economic issues but more on the social and cultural level, which can only be overcome by a new emancipatory social, intellectual and cultural movement.

(Braj Ranjan Mani is the author of ‘Debrahmanising History: Dominance and Resistance in Indian Society’ (2005) and ‘Knowledge and Power: A Discourse for Transformation’ (2014). A maverick and non-institutional scholar, the author writes on a range of socio-cultural issues from the perspective of the marginalised. The views expressed are personal.)