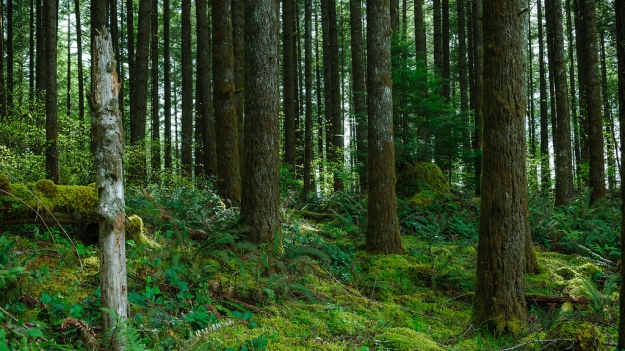 The battle of forest conservation and enforcement of environmental regulations is marred with multiple challenges posed both by the state and judiciary. NORMA ALVARES writes on navigating the hurdles posed in the mere first step of identification to protect the green cover in Goa.

In Part II, she narrates the journey through the legal proceedings before the National Green Tribunal and its subsequent impact on pushing the state government towards the identification of land.

The National Green Tribunal’s judgment on the petition to complete the balance identification of forests came first, on July 30, 2014. But it brought no finality, as the government reported that the exercise was still on-going. As no final date could be given for its completion, the NGT did the next best thing.

It directed the Chief Secretary of Goa, “to call a meeting of all concerned and work out a time-bound action for early completion of forest identification and demarcation in the state of Goa, within the next 6 weeks and submit a time-bound program to the NGT within 8 weeks.”

Read Part I: The Unbelievable Saga of Government Identification of Private Forest Lands in Goa

The petition re-appeared on the NGT’s board, eight weeks later, listed “For Compliance”. The finalisation of the balance of private forest areas still remains to be completed. Upon finally receiving an assurance from the Goa Government, that is, the exercise would be completed latest by March 2019, the NGT disposed of the petition for the second time in October 2018.

Since no report is received till now, the Goa Foundation has recently moved an Execution Application before the NGT for speedy completion of the exercise. One can only hope that this will happen in one’s lifetime.

The Delay Tactics: Reviewing the Reviewed

As regards the challenge to the  Forest Demarcation Committee (FDC) Report (which had reduced the identified forest area from 67.2 sq km to 41 sq km), the NGT on January 7, 2016, directed the state government to constitute a review committee within four weeks to evolve a mechanism demarcating the part of private forest lands. Unfortunately, thereafter, the Western Zone Bench of the NGT itself became almost dysfunctional for two years.

To the Goa Foundation’s surprise, while submitting the Review Committee’s report the state government told the NGT that it had decided to appoint yet another committee headed by a revenue officer.

Pursuant to the NGT order, the state government constituted a Private Forests Review Committee on April 23, 2018, to re-examine the FDC’s report. It had to conduct ground verification of the doubtful cases and finalise private forest areas identified by the Sawant and Karapurkar (S&K) Committee reports.

The state government placed considerable manpower and resources at the disposal of this Committee, comprising 100 executive staff and 22 vehicles. Together these teams visited 113 villages in all the talukas of Goa, scientifically verifying the identified forest areas by digitisation of the records, satellite imagery, and ground-truthing.

To the Goa Foundation’s surprise, while submitting the Review Committee’s report the state government told the NGT that it had decided to appoint yet another committee headed by a revenue officer. The officer would review the work of the Review Committee and consider objections of people to the demarcation report.

Taken aback by this request, the NGT imposed severe financial penalties and costs until the Goa government produced the final report. The NGT imposed a cost of Rs 10,000 per day, threw in a performance guarantee of Rs.1 crore, and a fine of Rs. 50 lakh for non-performance. The daily fine itself came to Rs 62 lakh.

By its judgment dated August 18, 2020, the Principal Bench of the NGT at Delhi finally brought the curtains down on the 23 years long wait to identify and demarcate private forest lands in Goa.

Eventually, a sum of Rs 2.12 crore was coughed up by the Goa government.

By its judgment dated August 18, 2020, the Principal Bench of the NGT at Delhi finally brought the curtains down on the 23 years long wait to identify and demarcate private forest lands in Goa.

The NGT declared 46.11 sq km of land as a private forest and directed the State Government to enter the details in the revenue records. Whether this order is appealed by the State remains to be seen.

The question one may rightly ask is, was the time and investment in this matter really worth it at all?

Let me attempt a brief reply: We have already succeeded in getting 46.11 sq km (4,600 hectares) of private land in Goa finalised as forest. With the report of the two Forest Division Committees to identify balance forest areas still pending, another 25-30 sq. km will also be demarcated.

The Committees have already given indications of having identified more than 36 sq. km of additional private forest. All these lands will be required to pay Net Present Value plus Compensatory Afforestation costs if diversion to non-forest use is permitted.

This is no mean achievement. It would not have happened without the persistence and determination of the Goa Foundation, as these are all private properties, and once developed, they are highly lucrative.

Today,  these lands not only provide shelter to the birds, insects, and other assorted animals. But they also add to Goa’s green cover, and to the visually pleasing sight of forest and farm, rivers, and the sea that greet visitors to Goa which is part of everyday Goan life.

I only hope that the Government can come up with some scheme to make these private forest lands also of value to the owners, for they should not see this forest tag as a cross they have to carry.

Selective felling of old matured trees with guaranteed tree replacement is a possibility, for timber is highly lucrative too. The Goa Foundation has already made several suggestions to the Goa government in this context.

If the petition succeeds, we may well reach the figure of 200 sq km of land once estimated as a private forest. Maybe, even more. The question is, when will the Government identify and mark these lands?

Are we disappointed that the final tally was still short of around 20 sq km from what was earlier identified by the two SLEC committees (67.12 sq.kms)?

No, because in the meanwhile the Goa Foundation had moved the Supreme Court and obtained an order to protect all forest lands, irrespective of the State’s criteria.

The Goa Foundation challenged the restrictive criteria of minimum 5 hectare and minimum 40% canopy for identification of forests which were used to exclude the 20 odd sq km and other areas in Goa as they had no basis in law.

Not only was the Forest Survey of India issuing annual ‘State of India’s Forests’  reports, based on a minimum area of 1 hectare and canopy density from 10% upwards. But even more significantly, the Supreme Court had directed that Net Present Value (NPV) and Compensatory Afforestation had to be calculated for diversion of ‘Open Forest’ lands (i.e., lands whose canopy cover is between 10-40%).

In response to the Goa Foundation challenge, the Supreme Court granted interim relief on February 4, 2015. The court directed that no NOC for the conversion of any plot for development shall be issued that has “natural vegetation, with tree canopy density in excess of 0.1 and an area above 1 hectare.”

If the petition succeeds, we may well reach the figure of 200 sq km of land once estimated as a private forest. Maybe, even more. The question is, when will the Government identify and mark these lands?

As Bob Dylan sang, the answer my friends is blowing in the wind!

(Norma Alvares is a prominent environmental lawyer and animal rights activist. She is the Founder of the Goa Foundation. Views expressed are personal.)