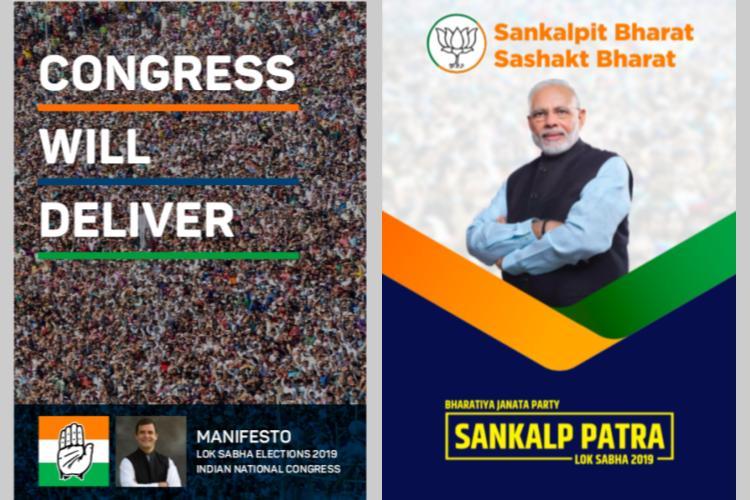 In light of a recent stay order by a Division Bench of the Delhi High Court on a judgment holding the Government of NCT of Delhi accountable towards paying the rent on behalf of impoverished tenants, basis the Chief Minister’s statements in a press conference, SEEMA SINDHU makes a legal case to hold political parties responsible for poll promises.

LAST month, a Division Bench of the Delhi High Court, comprising the Chief Justice, granted a stay on the operation, implementation and execution of its judgment dated July 22, 2021 delivered by Justice Prathiba M. Singh, in the case of Najma versus Government of NCT of Delhi. This case involved a writ petition seeking enforcement of the promise made by the Chief Minister of Delhi to “pay the rent” on behalf of tenants unable to pay the same due to poverty, in light of the COVID-19 pandemic.

The stay order gives a temporary reprieve to the Delhi government. However, the judgment by Justice Singh is of great importance, in terms of governance metrics to be met by an elected head and polity.

Moreover, the judgment paves the way for my argument in this piece – that political parties be legally bound by the promises made in their election manifestoes, in order to ensure free and fair elections, which forms one of the basic features of a democracy and is a part of the basic structure of the Constitution of India.

In March 2020, when the union government imposed a pan-India lockdown to control the COVID-19 pandemic, the Chief Minister of Delhi, Arvind Kejriwal, during a press conference, urged migrants not to leave the city. He further requested all landlords to postpone the demand/collection of rent from impoverished tenants unable to pay rent for two to three months, and not force them to make immediate payment.

He further went on to say that,

“In a month or two when this Corona and let’s assume after this entire mess is over, if a tenant has been unable to pay rent due to poverty, I assure you the Government will compensate for it. I am talking about those tenants who may be unable to pay some of their rent due to lack of means…” (translated from his statement given in Hindi during the press conference dated March 29, 2020)

Thereafter, a few tenants and landlords filed the above writ petition before the Delhi High Court, seeking enforcement of this promise.

The single-judge bench of Justice Singh of the Delhi High Court held the promise to be legally enforceable. Having regard to the above statement, the Court directed the government to “take a decision as to the implementation of the same within a period of 6 weeks” and upon taking such a decision, to “frame a clear policy in this regard”. The Court further held that “if a Scheme or Policy is announced, the Petitioners’ case be considered under the said Scheme/Policy as per the procedure prescribed therein, if any.”

Before delving into the reasoning underpinning this judgment, it must be pointed out that the government was held accountable solely on the basis of the statement made by the CM at a press conference, and no formal decision by the Cabinet was taken before or after the said statement.

The opening paragraph of the judgment sanctifies the olden idiom of “रघुकुल रीत सदा चली आई, प्राण जाए पर वचन न जाई (the dynasty of Raghu’s never breaks a promise, even at the cost of one’s life)” which formed one of the governing tenets of Ram Rajya during the reign of Lord Rama, as per the Ramayana.

The judgment seeks to close the gap between law and morality in governance, by starting with:

“The saying ‘Promises are meant to be broken’ is well known in the social context. However, law has evolved the doctrines of legitimate expectation and promissory estoppel to ensure that promises made by the Government, its officials and other authorities are not broken and are, in fact, judicially enforceable, subject to certain conditions”.

In simple terms, for an agreement to be legally binding, it has to have a lawful consideration as per Section 10 of The Indian Contract Act, 1872. Consideration is an essential ingredient of a contract to make it legally enforceable. In layman terms, “consideration” is something received by a promisor (the one making the promise) from a promisee (to whom the promise is made). An example of this could be money, property, a return promise, or an act or omission.

An argument raised in this case was that there was no consideration in the act of the CM making the promise to pay the rent and hence, it cannot be enforced.

The High Court refuted the above argument by citing the Motilal Padampat Sugar Mills Co. Ltd. versus the State of Uttar Pradesh and Ors (1978) judgment, wherein the Supreme Court had said:

The single-judge bench of the High Court further observed:

“The principles governing the doctrines of legitimate expectation and promissory estoppel are well settled. Both these doctrines primarily recognize the role of the State or the Governmental authorities vis-a-vis the public. They are a reflection of the legal recognition being accorded to the trust that citizens repose on promises/ assurances/ representations which are made by Constitutional functionaries and governmental authorities, especially in times of distress. The raison d’être for granting recognition to such assurances/ promises/ representations, is that such functionaries and authorities, who are either elected to public positions or who hold positions of power, are answerable to the people, especially once they undertake or agree to do or not to do a particular thing.”

Interestingly, the Court added, “[t]hus, “puffing” which may be permissible in commercial advertising, ought not to be recognisable and permissible in governance” admonishing the government of making tall promises without a genuine intention to fulfil these.

Argument regarding election manifestoes on parity

In light of this judgment, the question arises whether a government can be bound by its promise by virtue of these two doctrines, and whether political parties, once elected, can be held to account on the basis of their election manifestoes?

The common premise in the above judgments was,

“…election manifesto of a political party howsoever boldly and widely promulgated and publicised, can never constitute promissory estoppel or provide foundation for legitimate expectations. It was further held that it is common knowledge that political parties hold out high promises to the voters expecting to be returned to power but it is not necessary that they must be voted in by the electorate; the political parties may commit to the voters that they would enact or repeal certain laws but they may not succeed in doing so for reasons more than one and they know well this truth while making such promises and the electorate to which such promises are made also knows it. It was further held that neither the plea of promissory estoppel nor the plea of legitimate expectations can be founded thereon.” [emphasis added]

My arguments, against parts of the above rationale, are set out below:

Held: “not necessary that they must be voted in by the electorate.”

Argument: However, what if they are voted in by the electorate? The party, having been voted in, forms the government. The legal contract having been executed after the casting of the vote, what is the legal impediment in holding a party accountable to its manifesto?

For example, the Indian National Congress has been making a cause with agitating farmers that it will repeal the three contentious farm laws when it comes to power. Hypothetically, say the Congress party subsequently comes to power. Given that the said  farms laws are a fundamental issue with the farming community, if the petitioners challenging these laws seek legal enforcement of the Congress Party’s promise, before a court of law, what could be the legal glitch in that?

Also Read: A Nation for Farmers: Part I

Held: “the political parties may commit to the voters that they would enact or repeal certain laws but they may not succeed in doing so for reasons more than one…”

Argument: In a democratic set up, where legislation are passed by majority voting, success will never be 100% assured. However, a party in majority has a great possibility of success, having the required numbers on its side to pass legislation in a legislative assembly.

Let it, in the very least, introduce a Bill to the effect of its promise and thereafter, surrender to its fate. While this may be an issue in coalition governments, where “coalition dharma” is to be observed, there should not be any action to the contrary of its promise.

Also Read: Bihar Elections: Why Election Promises of Free Coronavirus Vaccine Can be Both a Freebie and a Policy Statement

That is to say, take for instance that the Bharatiya Janata Party (BJP) has been repeatedly making the promise to enact a uniform civil code legislation. It currently has absolute majority in the Lok Sabha, even if it is short of numbers in the Rajya Sabha. In such a situation, what would be the legal hassle if someone takes the BJP to court seeking fulfilment of this promise? Let it, at least, introduce a Bill and leave it to the machinations of parliamentary democracy, to be settled in due course.

Also Read: Uniform civil code should not meddle with articles of faith

Argument on free and fair elections

An election manifesto is a window for voters to see through a political party’s governance agenda to make an informed decision. Voting is a transactional act. Once a vote is cast on the basis of the transactional value the voter sees in the party, a legal contract arguably comes into existence, if the said party forms the ruling government.

Also Read: ‘Free TN Temples’: Is It a Misleading Campaign?

In such a scenario, it should be held accountable to the proclamations it has made in its manifesto, or in the very least, to those promises which are tangible, knowing that philosophical objectives are intangible and cannot be achieved in an objective sense.

In S.R. Bommai versus Union of India (1994), it was held by the Supreme Court that the manifesto of a political party must be in consonance with the basic structure of the Constitution (in this particular case, in regard to secularism). This ratio can certainly be stretched a little farther to extend to the cause of healthy election practices.

Also Read: The Journey from S.R. Bommai vs. Union of India to Javed vs. State of UP

In Indira Nehru Gandhi versus Shri Raj Narain (1975), the Supreme Court had held that free and fair elections are an essential postulate of democracy, which is part of the basic structure of the Constitution, as propounded in the landmark Kesavananda Bharati case in 1973 by the Supreme Court.

Pinning a party to its manifesto when it wields the majority mandate will facilitate this ratio.