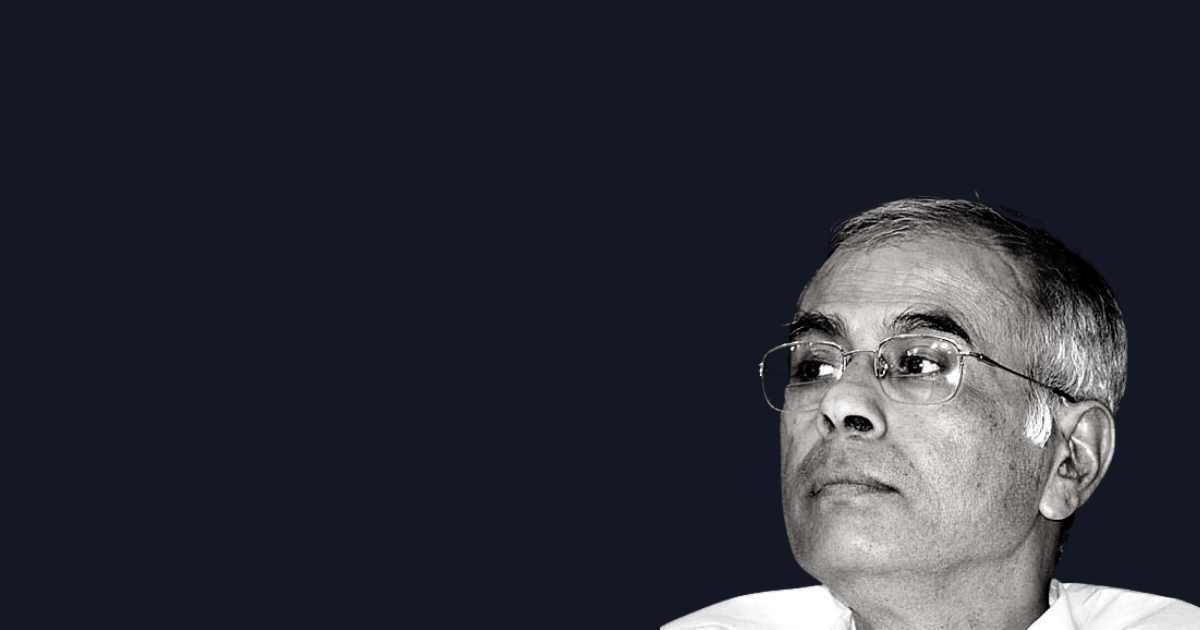 Soon after rationalist social activist Narendra Dabholkar’s eighth death anniversary, PRASHANT PADMANABHAN pens a tribute to his legacy by writing about what he understands by ‘scientific temper’, and how it can be developed by one.

ARTICLE 51A(h) of the Constitution of India provides for the development of “scientific temper, humanism and the spirit of inquiry and reform” as a fundamental duty of every citizen. Ours is perhaps the only Constitution in the world which expressly mentions scientific temper.

There cannot be a more apt time to remember and reiterate our firm commitment to this duty than today. Almost exactly eight years ago, on 20th August in Pune, social activist and rationalist Narendra Dabholkar was assassinated by unidentified gun-wielding assailants for promoting scientific temper and opposing superstitions.  Left-wing politician Govind Pansare and Kannada academic M.M. Kalburgi were assassinated in 2015, and journalist and activist Gauri Lankesh was assassinated in 2017 for the same reason in a similar fashion.

August 20 is commemorated as the ‘National Scientific Temper Day’ by the All India People’s Science Network.

This article is meant to introduce readers with no formal educational qualification in the natural sciences as to what is meant by ‘scientific temper’, and how to lead an informed life in an era of science. Reliance shall be placed for the same on the writings of scientists and science communicators.

Understanding the laws of nature and the scientific process by which humans arrived at modern inventions gives a different and more meaningful outlook to one’s life.

Why we should develop a rational, inquisitive mind?

It is one thing to oppose or reject absolutely irrational, superstitious beliefs which are prima facie abhorrent to accepted social norms.  Many people would do that.  That is not enough.

Instead, we should seek to develop higher standards of scrutiny for any claim, even if it is seemingly harmless. Living in an era of scientific advancement mandates everyone to test any claim against robust, rational, scientific inquiry. In an era of fake news and post-truths, it is the only safeguard against falling prey to dangerous agendas.

It is important to keep in mind that science is not the exclusive domain of the select few who have pursued the path of the study of the natural sciences for higher education.  If we understand science as the ‘scientific method of inquiry’ for understanding our nature, it is practically possible for each one of us to develop that habit.

Science as the only way of knowing

Robert L. Park, an Emeritus Professor of Physics at the University of Maryland, has righty said:

“What science is learning about the laws that govern the Universe, gives us the power to transform the world into the closest thing to paradise that any of us will ever see. This knowledge did not come from sacred texts, or the revelations of prophets. Science is the only way of knowing—everything else is just superstition.”

This brings us to two questions: 1. What is Science? 2. What is knowledge?

If one has answers to all of one’s doubts, there would be no need for any inquiry. This is antithetical to science.

Religiously-trained minds are tempted to close any inquisition about or experimentation within the actual world. Most religions describe all that unknown and unknowable in one word: ‘God’.  Religious dogma is built upon the philosophy of ignorance, whereas science tries to determine the unknown by a method of inquiry which is constant and omnipresent.

Scientific temper will be ignited only if we admit our ignorance and seek answers.

According to the scientific method of inquiry, the only reason to believe anything in the real world is if evidence can be furnished for it.  As in religion, intuition is very important in science, but it is only the first step.

The scientific method of inquiry is based on framing a hypothesis based on such intuitions. The hypothesis is then tested through observations and experiments.

Here, empirical data is very important. After an impartial, unbiased and objective analysis of the data, if the hypothesis is disproved, it must be either rejected or modified.

Scientists do not cling to their hypothesis as is done by a lot of religious preachers with their theological teachings. Everything else which cannot be proved by observation, experimentation and evidence must be rejected as fiction or superstition.  Falsification, explanatory adequacy, repeatability and generalizability are some of the key features of the scientific method.

For instance, as per the popular analogy in this regard advanced by the British polymath Bertrand Russell, if the proposition is that there is a Chinese teapot orbiting the Sun, it is for those who are advocating it to give evidence of the same, and no one having scientific temper should waste time trying to disprove it.

Confirmation bias is the tendency to interpret new evidence as confirmation of one’s existing beliefs or prejudices. In today’s world, shaped by the information technology revolution, where so much is controlled by artificial intelligence-based algorithms, web search engines, which have collected psychometric data for each user, are, in response to search queries, most likely to produce such answers that confirm the biases and prejudices of the querying user. Only an objective, critical mind can overcome such entrenched prejudice.

Ignoring some of the data available, or failing to put it through objective analysis is a tell-tale sign of confirmation bias. This militates against the scientific method of inquiry.

Difference between science and beliefs

It is through such experiments that scientific principles are validated. Manifestly, science works. Approved antibiotics and vaccines work. Doctors and astronauts are only two of the multifarious professionals that apply scientific discoveries and inventions to practical use in their work.

Scientific laws are applicable not only on our planet, but across the universe. Newton’s law of gravity is not earth-centric. It is applicable on the earth’s moon, on other planets in the solar system, as well as for the billions of stars in the universe.

By applying Newton’s laws of motion, humans could travel to the Moon, send space missions to Mars, and put satellites in orbits around the Earth.

To answer our first question, then, science is objective and universal, which means that it is true and works everywhere, regardless of whether one likes it or not.

This is very different from personal truths which could be “XYZ is my saviour”, “Prophet ABC’s teaching will lead to salvation” or “Lord PQR lived a model life”.   These are beliefs which no one can objectively prove to another person. Therein lies the cardinal difference between science and religion.

Knowledge as a process:

This means that the process of arriving at a solution is more important than the final outcome. During this process, one could discover there to be more than one facet to the problem; one could reframe the problem,  and find that there are multiple possible solutions.

Knowledge must be understood as the process of arriving at solutions, and not as the final outcome. In other words, the ability to think critically, experiment, use the mind in a way not previously engaged, and then arrive at a solution is more important than the information which is already available.  ‘How to think’ is more important than ‘what to think’. To answer the second question, this process is knowledge.

Reliance on science and scientific method of inquiry benefits everyone

When scientific inventions are put to use, it benefits the entire humanity. Those countries which have heavily invested in science and technology have immensely benefitted. The United States, for example, has had a National Academy of Sciences since 1863.  Starting with just 50 Scientists to advise the U.S. Congress and the President, it now has more than two thousand members and deals with all the current frontiers of science.

‘On the Origin of Species’, the celebrated work of scientific literature by English biologist, naturalist and geologist Charles Darwin, published in the year 1859, changed our outlook towards life. The theory of biological evolution advanced by it was tested again and again; millions and millions of pieces of evidence massively supported the theory, and the scientific community eventually accepted it as valid.

It is a shame that people who have never explored the path of scientific inquiry or have little idea about what those inquiries are, take a dismissive stand on the theory, based on their ignorance and assumptions.

According to the U.S.’s National Aeronautics and Space Administration, “life is a self-sustaining chemical system capable of Darwinian evolution”. So far we have identified 118 chemical elements, out of which 98 are known to occur naturally and the rest having been made synthetically.

Quantum mechanics, a discipline within physics that came of age in the 1920s, now drives nearly one-third of the world’s wealth.  Medical inventions and the exploration of space benefits everyone. The development of life-saving drugs as well as vehicles that we use for travelling on the road or by the sea or air, all came about through the application of scientific principles.

It will not be inaccurate to posit that the health and wealth of humanity is dependent on the application of scientific inventions.

The 2020 2020 Nobel Prize in Chemistry was shared by the American Jennifer A. Doudna and the French Emmanuelle Charpentier, two female scientists, for discovering the CRISPR (clustered regularly interspaced short palindromic repeats)/Cas9 (CRISPR associated protein 9), a tool of gene technology, which can be used to change the DNA of animals, plants and microorganisms with extremely high precision. Scientists are at work attempting to use CRISPR technology in the treatment of cancer, AIDS, blood disorders, COVID-19 and many more diseases.

Finally, a word on common sense. We may have been told several times that a certain scientific theory is unacceptable to someone because it is against their ‘common sense’. It may be noted that science is not always about common sense. For instance, in the realms of quantum mechanics and relativity, common sense intuitions are not sufficient to fathom concepts such as quantum unpredictability and space-time distortions.

In the words of the American astrophysicist  Neil deGrasse Tyson, the universe is under no obligation to make sense to us.

As Einstein suggested, in the process of pondering over a problem intensely and in greater detail, we may understand it better.

Developing scientific temper is the process by which our society can prevent further attacks against rationalists and the critical thought process. It will be a true tribute to Dabholkar and all the other martyrs who wanted a rational society. Let us pledge today to embark on that journey.

P.S. The author would like to suggest a few readings for anyone seeking to start out towards getting a preliminary grasp of the natural sciences:

(Prashant Padmanabhan is an advocate at the Supreme Court. The views expressed are personal.)