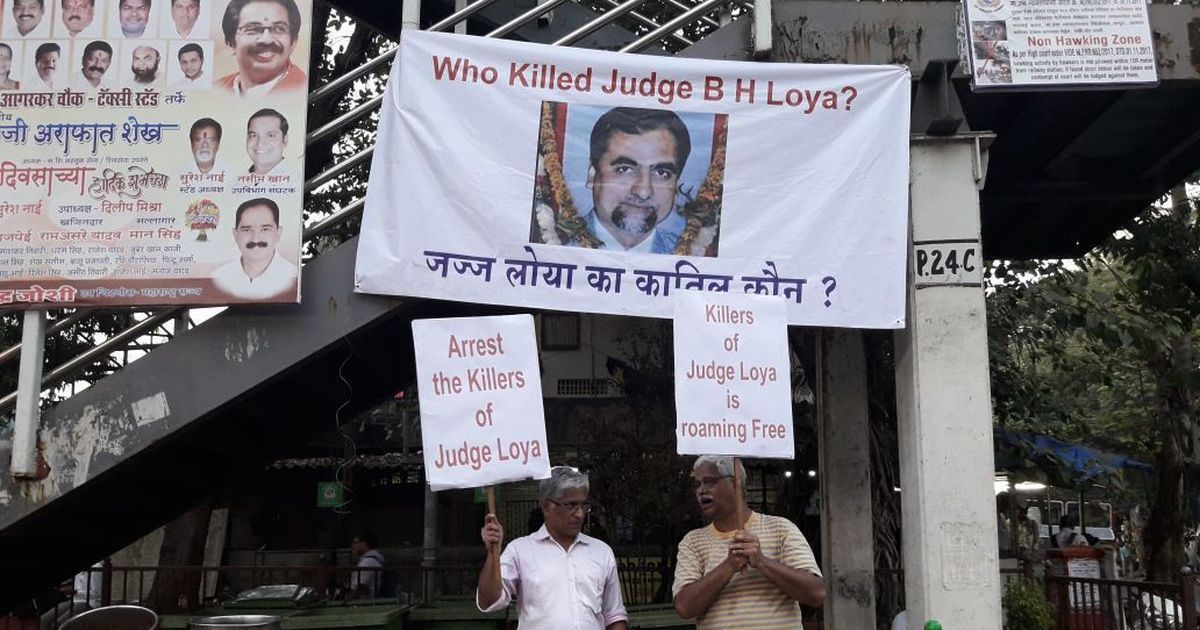 Death of Judge Loya: Judgement out, but is anyone satisfied?

The petitions seeking independent probe into the suspicious circumstances surrounding the death of CBI Special Judge Brijgopal Harkishan Loya were one of the most controversial cases of this year in the Supreme Court. The judgement was pronounced on April 19 by the bench of Chief Justice of India Dipak Misra, Justice D Y Chandrachud and Justice A M Khanwilkar, dismissing the petitions.

The news reports done by the Caravan published on 20th and 21st November, 2017, pointed to several questions raised by the family with regard to the death of the 48-year-old CBI Judge in Mumbai, Brijgopal Harkishan Loya, the judge who was hearing the alleged encounter killing of Sohrabuddin Sheikh in 2005.

The Court while hearing a petition which sought an independent investigation to be conducted into the circumstances surrounding the death of Judge Loya, turned to the merits of the case and ended up conducting a detailed criminal trial. However while going this the court ignored certain technicalities of procedure such as accepting statements which were not sworn on oath, disallowing cross-examinations of statements made by judicial officers.

The judgement relied on the statement made by four judicial officers and a ‘discreet inquiry’ conducted by the Maharashtra Government. The Supreme Court did not allow the statements of these judicial officers to be cross-examined. The evidence gathered by the ‘discreet inquiry’ was not tested by the touchstone of contra-evidence by weighing it against suspicious circumstances pointed out by petitioners.

There were several questions that were raised by petitioners that have gone unanswered even after the judgement was pronounced. One of these questions raised was why there was no proper inquest carried out on the dead body of Judge Loya in the manner provided under Section 174(1) CrPC. Under Section 174(1) of the CrPC an inquest should be done of the dead body in the presence of an Executive Magistrate. Since the inquest was carried out by the police, in the absence of an Executive Magistrate the evidentiary value was called into question by petitioners.

Too many holes in ‘discreet enquiry’

Another question that was raised was the evidence provided by Dr Prashant Rathi who was the person who identified the body of Judge Loya for the inquest and post-mortem and signed off as his ‘relative’. However the connection between Judge Loya and Prashant Rathi was never established. The ‘discreet inquiry’ revealed that Ishwar Baheti who was a family friend of Judge Loya got information of the death of Judge Loya from his brother during the wee hours of the morning of December 1 2014. Thereupon, Ishwar Baheti called upon his relative in Aurangabad, one Rukmesh Jakhotiya, who in turn informed Dr. Prasanth Rathi in Nagpur to give necessary assistance to Judge Loya. However there are holes in this story that have remained unanswered such as who informed Ishwar Baheti’s brother of the demise of Judge Loya. Suspicions were also raised due to the fact that the first name of Judge Loya was mistakenly spelt as “Brijmohan” instead of “Brijgopal”. Therefore the handing over of the body to Prashant Rathi was seen as a violation of Section 176 of the CrPC as he was not proven to be a ‘relative’.

There were also discrepancies in the medical bill issued by Meditrina Hospital which charged for neurosurgery and diet consultation despite the claim that he was brought dead to the hospital. This billing was acknowledged as being erroneous in the judgement.

There were also questions that were raised but remained unanswered with regard to the ECG report prepared at Dande Hospital which was heavily relied upon, however, was never produced in the Supreme Court proceedings. The ECG report copy produced in the Indian Express report was criticised for being inauthentic after it carried the date November 30 2014, a day before the date of the death of Judge Loya. There were also inconsistencies in the statements of the judge with regard to the ECG done at Dande Hospital.

As indicated in an article by Gautam Bhatia, the Court it its capacity as a constitutional court went into the quality of evidence presented before it by both sides. In its 114-page judgement the Court went into factual detail and drew definitive conclusions       about what happened, effectively putting an end to the matter. This was done on the basis of the interpretation of documents before it, contrary to existing rules of evidence.

As mentioned in his article, the judgement reads as a trial court judgement delivered without trial. “The judgment, therefore, reads less like a verdict on a plea for an investigation, and more like a criminal appeal that results in an acquittal, but without the benefit of a trial court judgment where the first trier of fact has returned detailed findings about the evidence, which the appellate court is then reviewing.”

Additionally, The Caravan, where the articles exposing the discrepancies in the circumstances surrounding the death of the judge was first reported has gone on to further their claims by sending the relevant medical documents to forensic experts that corroborated the claims of inconsistencies with the facts arising out of the case

While the truth behind what happened on the night of the death of Judge Loya is all conjecture, what can be said with certainty is that the Apex Court might have used the opportunity to set a precedent of upholding evidentiary and procedural standards to be followed in such cases. The dismissal of the case, with blatant disregard to the law and procedures that have been put in place, the Court has set a poor standard as the Apex Court of the country.