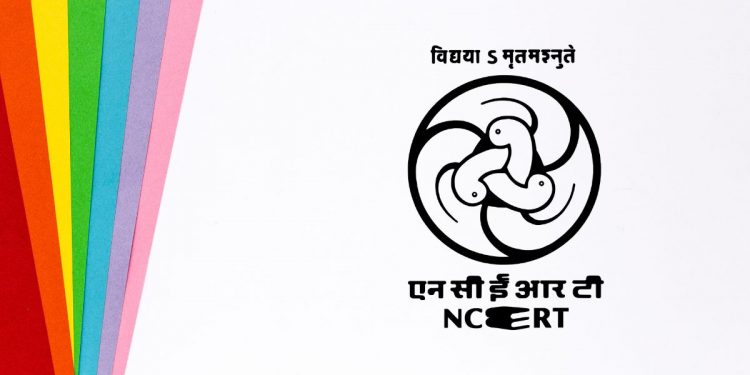 FORTY-three LGBTQIA+ groups from Indian Institutes of Technology (IIT) in Delhi, Bombay, Kanpur, and Kharagpur, and 700 other individuals from across the country, have endorsed an open letter to the National Council of Educational Research and Training (NCERT), demanding that a previously withdrawn teacher training manual on the inclusion of transgender students in schools be retrieved and made available on the NCERT’s website once again. The letter has also been addressed to the Union Ministries of Education, Social Justice and Empowerment, and Women and Child Development, in addition to the National Council for Transgender persons, urging their intervention.

The manual, titled ‘Inclusion of Transgender Children in School Education: Concerns and Roadmap’, was produced by a group involving Poonam Agrawal, professor and former Head of the NCERT’s Department of Gender Studies; Mona Yadav, professor and Head of the Department of Gender Studies; Mily Roy Anand, Professor in the Department of Gender Studies of the NCERT; Rajesh, who is a professor in the Department of Adult and Continuing Education and Extension at the University of Delhi; L. Ramakrishnan, Vice-President of Solidarity and Action Against the HIV Infection in India (SAATHII); Bittu Rajaraman-Kondaiah, Associate Professor of Biology and Psychology at Ashoka University; Manvi Arora, independent researcher; Priya Babu, Managing Trustee at Transgender Resource Centre, Madurai; Vikramaditya Sahai, Associate at the Centre for Law and Policy Research (CLPR), Bengaluru; Astha Priyadarshini, Junior Project Fellow; and Pawan Kumar, Desktop Publishing operator.

The document is the outcome of the NCERT’s engagement with gender and sexuality-related questions following the Supreme Court’s NALSA judgment in 2014. The manual, formulated by the Department of Gender Studies of the NCERT, was meant to sensitize teachers and teacher educators to the needs of transgender or gender non-conforming students in schools, focusing on helping them integrate so as to improve their access to education.

Recommendations included the provision of gender-neutral toilets and uniforms, the discontinuation of practices that segregate for various school activities based on their gender, and  informed discussions on puberty blockers, among other gender inclusive provisions.

As a result of the complaint, the open letter claims, two of the three senior-most faculty members from the NCERT’s Department of Gender Studies who helped design the first-of-its-kind manual were transferred to other departments.

Educators and doctors alike have stood by the scientific soundness and necessity of the manual.

The manual was released on the NCERT website in late October. Following a report by Firstpost, the members of the group that drafted the document faced significant vitriolic backlash. Sahai, especially, faced harassment with many targeting the group’s politics of body, sexuality, and gender, in an attempt to discredit their contributions, and in effect, the manual.

The National Commission for Protection of Child Rights (NCPCR), based on a complaint made by a former Rashtriya Swayamsewak Sangh Pracharak, Vinay Joshi, who alleged that the manual was a “criminal conspiracy … to psychologically traumatise school students under the name of gender sensitization,” sent a notice to the NCERT, asking it to “take appropriate action in rectifying the anomalies present in the document” without going into the details of what these anomalies were.

According to the notice, the complaint raised four main issues: (i) that the removal of binaries would deny school children equal rights, (ii) that school children may be exposed to unnecessary psychological trauma due to contradictory environments at home and school, (iii) the mention of puberty blockers as an option for adolescents, and (iv) the qualifications and credentials of the drafting committee.

In addition to the retrieval of the manual, the open letter has also demanded that the NCPCR redact its notice to the NCERT and tender a public apology for being actively transphobic and transmisic through its actions.

In addition to the retrieval of the manual, the open letter has also demanded that the NCPCR redact its notice to the NCERT and tender a public apology for being actively transphobic and transmisic through its actions. It has argued that the original complaint and accompanying backlash on social media against the manual is ill-informed and transphobic, and that the NCPCR failed to apply reasonable prudence while taking cognizance of the complaint.

The letter argues that selective concerns regarding the psychological trauma that gender-neutral toilets will cause due to contradictory environments is misplaced, as it is not the choice that causes trauma, but the lack thereof. It cites a report by the Expert Committee on issues related to transgender persons constituted by the Ministry of Social Justice, underscoring the need to overhaul the education system to integrate gender non-conforming students in line with the vision of the Right of Children to Free and Compulsory Education Act, 2009, to buttress the need to address the abuse and discrimination that forces transgender and gender non-conforming students to drop out of school. The letter further argues that the outrage on social media is symptomatic of the bullying and violence that trans and gender non-conforming students face in schools.

The drafters have been able to garner support from a wide range of collectives and individuals from across the country. The signatories implore the opposition to understand that the purpose of the manual is to enable teachers, parents, and other stakeholders to be more compassionate and considerate towards transgender and gender non-conforming students, and create learning spaces that provide a greater spectrum of knowledge.

“The manual is a charter of awareness that ensures that learning doesn’t become a choice between one’s bodily integrity and one’s aspirations. It is a positive step towards a more empathetic and inclusive education system. The online smear campaign against the manual begs the question, what is the point of freedom and agency if it is exercised in an informational void?”, Vaivab Das, a gender and sexual rights researcher at IIT Delhi and the drafter of the open letter said, while speaking to The Leaflet.

The letter is a reaction to the failure of statutory bodies like the National Council for Transgender Persons to intervene in the matter. The public statement has been sent to the concerned ministries and councils. If no action is taken by the concerned bodies, a host of collectives and individuals plan to file a Public Interest Litigation to force their hand.