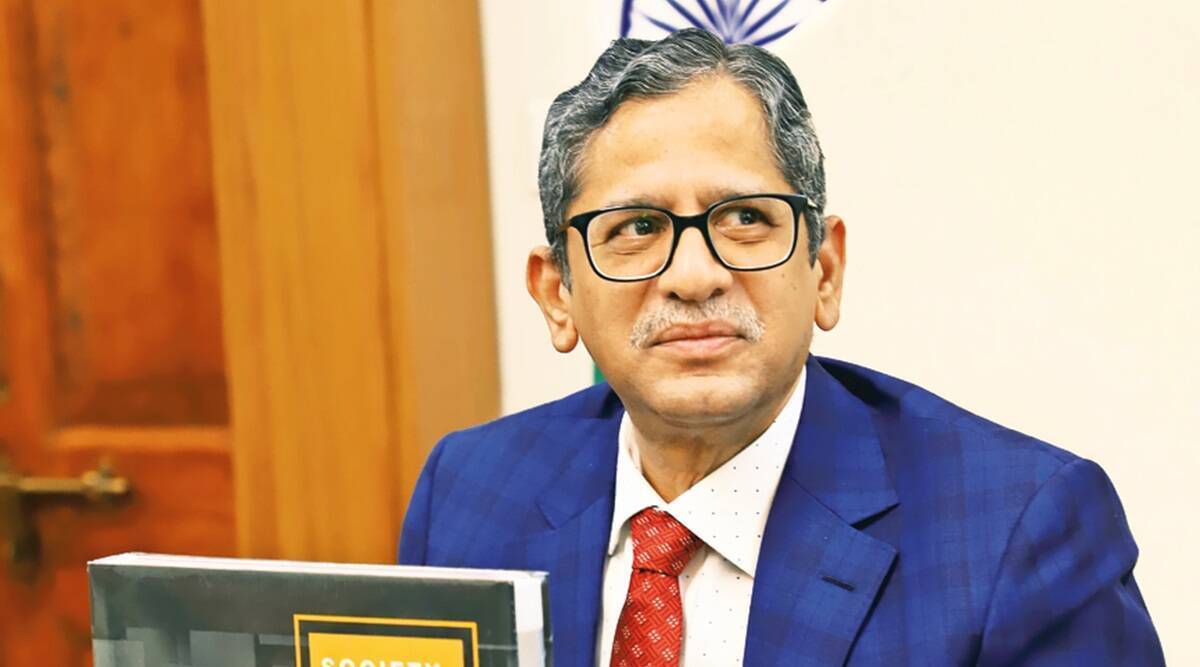 The Leaflet·April 29, 2022
Home
Judicial Accountability
New Delhi, Apr 29 (PTI) Chief Justice of India [CJI] N.V. Ramana highlighted the issue of vacancies in high courts on Friday and urged the chief justices of all the 25 high courts to send names for elevation as judges at the earliest.

Inaugurating the 39th Chief Justices’ conference here, which is being held after a gap of six years, the CJI outlined the agenda of the meeting and said the “aim and object of today’s conference is to discuss and identify the problems that are affecting the administration of justice”.

He said besides taking stock of the progress made in the implementation of the resolutions adopted six years ago at the last Chief Justices’ conference, the meeting would address issues concerning the judiciary, ranging from appointments of judges in high courts to strengthening the network and connectivity at all court complexes across the country.

“I would like to highlight the issue of vacancies. You may recall that one of my first communications to you was about the filling up of vacancies. I have also requested all of you, in our very first online interaction, to expedite the process of recommending names for elevation to high courts, with an emphasis on social diversity…
I request the chief justices of the high courts, which are still having a number of vacancies, to forward the names for elevation at the earliest,” the CJI said in his welcome address.

Hailing the prompt response of the Chief Justices of the high courts in recommending names for judgeship, CJI Ramana said, “Due to our collective efforts, we could fill 126 vacancies in various high courts in less than a year.”

“We are expecting 50 more appointments. This remarkable feat could be achieved because of your wholehearted cooperation and commitment to the institution,” he added.

The CJI also referred to the fact that in the last one year, the collegiums headed by him have ensured that nine new judges were appointed at the Supreme Court at one go, besides 10 new Chief Justices for high courts, and thanked his colleagues in the collegiums for their cooperation.

The conference would discuss the issue of strengthening of the IT infrastructure and connectivity at all court complexes pan-India on priority.

The issue of human resources, personnel policy and needs of the district courts would also be discussed during the meeting, which is being attended by two senior-most puisne Supreme Court judges – Justices U.U. Lalit and A.M. Khanwilkar.

Infrastructure and capacity building, institutionalising the mechanism for augmenting and creating state-of-the-art judicial infrastructure, and institutional and legal reforms will be also deliberated upon at the meet, the CJI said.

The crucial issues of appointment of high court judges, their emoluments and augmenting their post-retirement benefits will also be dealt with, Justice Ramana said.

The CJI said he assumed office during the most devastating second wave of the COVID-19 pandemic, followed by the third wave that hit the country at the end of 2021, and offered condolences to the families that lost members to the viral disease.

“Yet, because of the grit and determination displayed by all of you, we could make sure that the functioning of the constitutional courts was not derailed. Administratively, it was a big challenge. We had to struggle to take care of colleagues, officers and staff of registries, advocates and litigants. We did our best to promote access to justice,” he said.

Justice Ramana also referred to the introduction of the “innovative FASTER system in the Supreme Court during this period” for communication of court orders to prisons and courts across the nation.

The CJI urged the Chief Justices of the high courts to analyse the subjects objectively and make constructive suggestions.

“Our conclusions and resolutions from today will form the basis of the deliberations at the joint conference tomorrow. We will take these up with the government and attempt to build consensus around the same,” he said.

The Chief Justices’ conference will be followed by a joint conference of Chief Ministers and Chief Justices at the Vigyan Bhawan here on Saturday, which will be inaugurated by Prime Minister Narendra Modi.