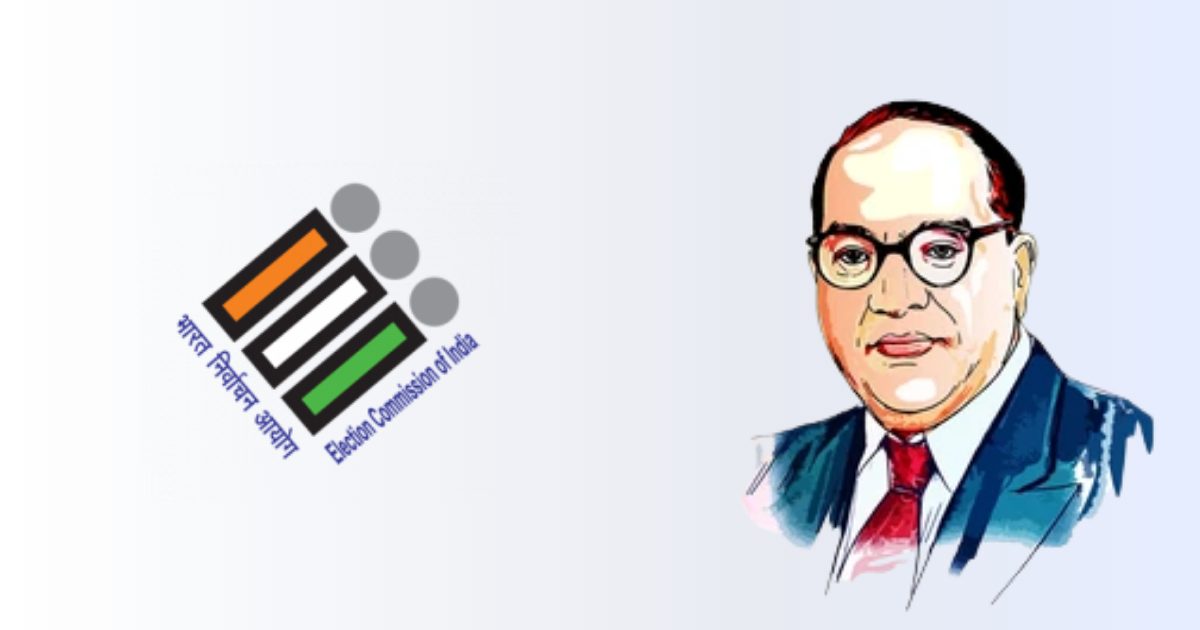 DURING a discussion in the Constituent Assembly on June 16, 1949 on Article 289 of the draft Constitution (the corresponding Article of the Indian Constitution is Article 324) on the Election Commission, Dr B.R. Ambedkar admitted that there is nothing “to provide against nomination of an unfit person to the post of the Chief Election Commissioner or the other Election Commissioner.” He was candid enough to concede that “there is no provision in the Constitution to prevent either a fool or knave or a person who is likely to be under the thumb of the Executive”. He proceeded further to say that, “I do want to confess that this is a very important question and it has given me a great deal of headache and I have no doubt about it that it is going to give this House a great deal of headache.”

In fact, slightly more than seventy two years after Ambedkar’s articulation of these concerns in the Constituent Assembly, India indeed suffered such a headache when it was reported by Indian Express that the CEC, Sushil Chandra, and two ECs, Rajiv Kumar and Anup Chandra Pandey, attended an online interaction with the Prime Minister’s Principal Secretary on November 16 this year on getting a letter from the Union Law Ministry that the CEC is expected to do so. It was a demonstration of the CEC and ECs coming under the “thumb of the executive”, as had been apprehended by Dr Ambedkar in 1949.

Also read: Election Commission of India: The Making and Unmaking of Its ‘Reputation’

At a time when India has been downgraded as a “partly free country” and described as an ‘elected autocracy’, the conduct of the CEC and ECs, attending a meeting under the chairmanship of PM’s Principal Secretary, does not augur well for conducting free and fair elections, considered to be part of the basic structure of the Constitution.

With elections scheduled to be held in several states, including Uttar Pradesh, Punjab, Goa and Himachal Pradesh in the early part of 2022, the attendance of the CEC and ECs at the meeting convened by the Prime Minister’s Office is being rightfully seen with apprehension. It certainly sends a wrong message concerning the independence of the Election Commission from the Executive.

A peep into the Constituent Assembly Debates educates us about the fears expressed by the framers of the Constitution that the institution of Election Commission, in spite of its constitutionally guaranteed independent status, could face threats to its impartiality and neutrality from some regimes in future which would be guided by partisan interest and employ all kinds of techniques to make it succumb to their dictations.

Prof. S.L. Saksena: “[I]t is quite possible that some party in power who wants to win the next elections may appoint a staunch party man as Chief Commissioner.”

On June 15, 1949 in the Constituent Assembly, Professor Shibban Lal Saksena, while participating in the discussion on Article 289 of the draft Constitution, went to the extent of expressing his fear that in future, “it is quite possible that some party in power who wants to win next elections may appoint a staunch party man as Chief Commissioner.” He also stated with prescience that there might not be a Prime Minister like Jawaharlal Nehru, known for independence and impartiality, and someone else with weak credentials would occupy that office and abuse his right by appointing an unworthy person as CEC, who in turn would cause havoc on the electoral process.

It is worthwhile to note that the aforementioned observations of Dr. Ambedkar that an unworthy person appointed as CEC or EC might come “under the thumb of the Executive” were made in response to these apprehensions of Saksena’s.

Those words, uttered in 1949, resonate in India today. The CEC and two ECs appointed by Prime Minister Narendra Modi’s government are now attending a meeting convened by the PM’s Principal Secretary and fulfilling Saksena’s prophecies. The dent it has caused on the independent status of the Election Commission indicates that both Ambedkar and Saksena were right in their anxieties about the potential adverse impact of the influence of the government on the Commission.

The attendance of CEC and two ECs in the PMO meeting raises questions on not only the independence of the Commission, but also its integrity. Such anxieties were expressed in the Constituent Assembly by Hriday Nath Kunzru on June 16, 1949 during the discussion on Election Commission, when he said:

“If the electoral machinery is defective or is not efficient or is worked by people whose integrity cannot be depended upon, democracy will be poisoned at the source; nay, people, instead of learning from elections how they should exercise their, vote how by a judicious use of their vote they can bring about changes in the Constitution and reforms in the administration, will learn only how parties based on intrigues can be formed and what unfair methods they can adopt to secure what they want.”

However, K.M. Mushi was the only Member in the Constituent Assembly who, while supporting the independence of the Election Commission, advocated for it to be an ally of the Government. He said on June 16, 1949:

“A machinery, so independent, cannot be allowed to sit as a kind of Super-Government to decide which Government shall come into power. There will be great political danger if the Election Tribunal becomes such a political power in the country. Not only it should preserve its independence, but it must retain impartiality. Therefore, the Election Commission must remain to a large extent an ally of the Government; not only that, but it must, to a considerable extent, be subsidiary to Government except in regard to the discharge of the functions allotted to it by law.”

The robust stand of the Constituent Assembly was to have an Election Commission completely independent of the government of the day. The attendance of the CEC and ECs in the meeting called by PMO has to be examined in view of this intent of the Assembly.

Also read: Explainer Part II | Role of the Election Commission of India, its members and its powers

The Election Commission was established on January 25, 1950, a day before the Constitution came into force on January 26. January 25 is celebrated as Voters’ Day in India.

The Constituent Assembly’s unequivocal intent was for an independent Election Commission, free from political and/or executive interference.

When the Commission was held with such esteem, above even the government, it is important that the conduct of the CEC and ECs should be seen to be in tune with its rich legacy of maintaining its independence from the influence of the Executive. The present CEC and ECs must be guided by the intent of the Constituent Assembly, and steadfastly adhere to the letter and spirit of Article 324 of the Constitution to protect the Election Commission from interference of the government.