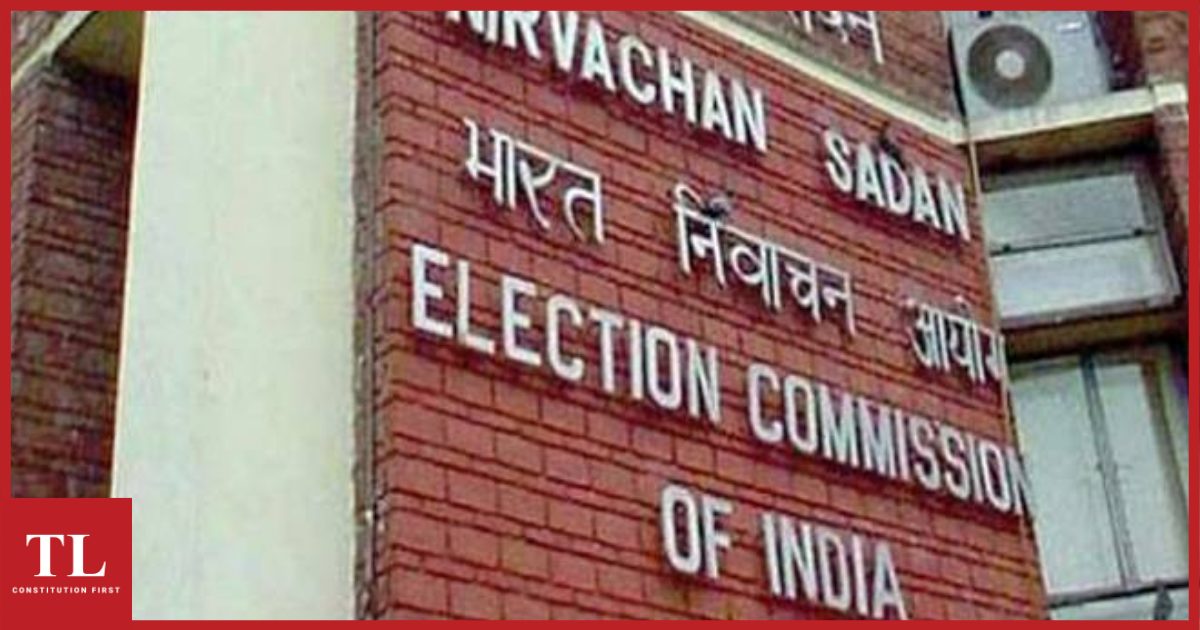 Election Commission of India: The Making and Unmaking of Its ‘Reputation’

As I write this article, results of the Assembly elections in five states are trickling in, diverting the public attention from the tragedy that India is today, with COVID-19 patients waiting in queues and dying helplessly in ambulances, unable to get hospital care; critical patients gasping for oxygen and breathing their last; the kith and the kin of the departed souls waiting in endless lines for disposing of the dead bodies and thousands of people, including the old and the infirm waiting in unending queues for the elusive COVID-19 vaccine.

Some parties may win in these elections, others may lose, but does this not remind us of the Killing Fields of Cambodia? At the end of these elections, who is the winner? Is it democracy? May be Not. Has the Election Commission of India (ECI) of the Seshan fame covered itself in glory? Certainly not. This is perhaps the most tragic of all elections because, the political parties have literally sold their souls to win elections, like Mephistopheles who made an unholy deal with the Devil for worldly gains, when the country was witnessing mass cremations. The ECI, which could have risen to the occasion by preventing the calamity, unfortunately chose to become a party to it.

When both the Calcutta and the Madras High Courts made adverse observations on the ECI’s role in these elections and when the press reported the same widely, the ECI has appealed to one of the courts not to permit press coverage of its observations, as it would “tarnish” its reputation! On the face of it, this runs counter to the need for transparency, encapsulated in the two Constitutional rights, “freedom of the press” and the “citizen’s right to know”. But, there are deeper concerns about the ECI’s role as an election regulator. What was its reputation in the early nineties when T N Seshan was the Election Commissioner? Does the present ECI measure upto it?

Socrates, the Greek philosopher once said, “the way to gain a good reputation is to endeavour to be what you desire to appear”. What role does the present day ECI wish to assign to itself? Is there clarity and honesty about this? Has it done justice to itself? Has it done anything to deserve the trailblazing legacy left by T.N. Seshan?

T N Seshan, with whom I had the fortune of working when he was a Member in the erstwhile Planning Commission and, as an election observer, when he was the Election Commissioner, had stretched the election law to its outermost limits to demonstrate what the ECI’s authority should mean for the Indian democracy. He injected flesh and blood into the otherwise staid Model Code of Conduct (MCC). He did not hesitate to put the fear of the law in the minds of the political parties. He did not hesitate to court controversy, when needed to establish the dignity of the ECI. In 1992, he cancelled elections in two states when the political parties failed to cooperate with the ECI. In 1993, he disqualified 1,488 Lok Sabha candidates for three years because they failed to submit election expense accounts. In 1994, he asked the then Prime Minister to drop two senior Cabinet Ministers who tried to influence the voters.

Several of Seshan’s successors had tried to safeguard ECI’s reputation, built so assiduously by Seshan. However, some in the recent times squandered away opportunities to maintain it, because they chose to be servile to the politicians who appointed them and far too timid to stand up to the political bigwigs. ECI’s stature has thus diminished over the years. The present ECI has had opportunities to stem this trend but it chose not to. If its reputation is hurt, it is a self-inflicted wound. For the ECI to find fault with the press is therefore meaningless.

A few specific examples would show how the ECI has allowed many golden opportunities to slip away from its hands, when it could have easily accomplished a fraction of what Seshan did. Many political parties failed to submit their expenditure statements and political contribution reports on time. The ECI could have threatened to bar their future participation in elections but it chose to be a passive spectator. When the political parties failed to certify that the corporate contributions received by them were compliant with the provisions of the Companies Act and the Foreign Contributions Regulation Act, the ECI could have asked them to show cause as to why an adverse inference should not be drawn against them but the ECI looked the other way. The ECI could have filed cases against the political parties and their candidates for electoral corruption, non-disclosure of accurate information by the candidates in affidavits on their antecedents and so on. The ECI has not cared to act, as some of the errant candidates are among the high and the mighty. As a result, the political parties have started taking the ECI for granted and mocked at its role as an independent regulatory body. Retiring civil servants competed with one another to become election commissioners and, in return, were prepared to do their bidding.

The manner in which the ECI conducted the recent Assembly elections and bypolls is truly bizarre. In the midst of the COVID-10 fury, the ECI could have averted the tragedy by putting off the elections. The Commission lacked the will to do so. Instead of allowing physical rallies for the elections, the ECI could have insisted on virtual meets to avoid infringement of the COVID-19 norms. The Commission was neither innovative enough nor it had the vision to do so. Its own COVID-19 directions warned the political parties that their rallies would be banned, if they failed to comply with the COVID-19 appropriate norms of behaviour.

However, the star campaigners of the political parties, some of them the highest in the government, nonchalantly threw caution to the wind, blatantly defied the guidelines, endangering the lives of the people consciously. Some of them even gloated over the numbers present, with a mischievous, self-glorifying glee written all over their faces, at the huge ovation they received, deliberately ignoring the human misery and trauma that was sure to follow. The ECI could have banned the rallies, invoked its inherent authority to get the star campaigners booked for offences under the Disaster Management Act (DMA) and even Sections 269 and 270 of the Indian Penal Code (IPC) [“spreading infectious disease endangering human life”] and deferred elections for conducting rallies in an irresponsible manner.

The ECI failed to enforce its own directions and authority, knowing well that its inaction meant death and destruction all around as a result of the spread of COVID-19. By doing so, the ECI had unwittingly become a party to the offences, as facilitating an offence amounted to its abetment, equally punishable. It is the ECI that has diminished its own authority. It is the ECI that has eroded its own reputation.

When Seshan put life into the Election Commission in the early nineties, the Commission’s stature went sky high. Even today, more than two decades later, Seshan has remained a household name throughout the country. His name has become synonymous with independent oversight of elections. Unfortunately, though Seshan’s name continues to remain in the heart of every Indian, the ECI’s reputation has eroded. Is it not high time for the ECI to worry about itself and its role?

The strength of the ECI lies in its firm commitment to transparency in its functioning, even-handedness in its dealing with the political parties and fearlessness in bringing the high and the mighty to justice. If the ECI fails to take cognisance of this and fails to correct itself, its reputation is bound to decline further. If it rediscovers the ECI of the Seshan kind, strives to transform itself accordingly and enhances its image in the minds of the people at large, why should it really care about what anyone else says?

I hope that the ECI will ponder over these issues with a sense of urgency and earnestness. A healthy, independent, fearless, fair ECI is a necessity for Indian democracy to survive.

(The author is former secretary to the Government of India. The views are personal.)

(This article was first published by Newclick)