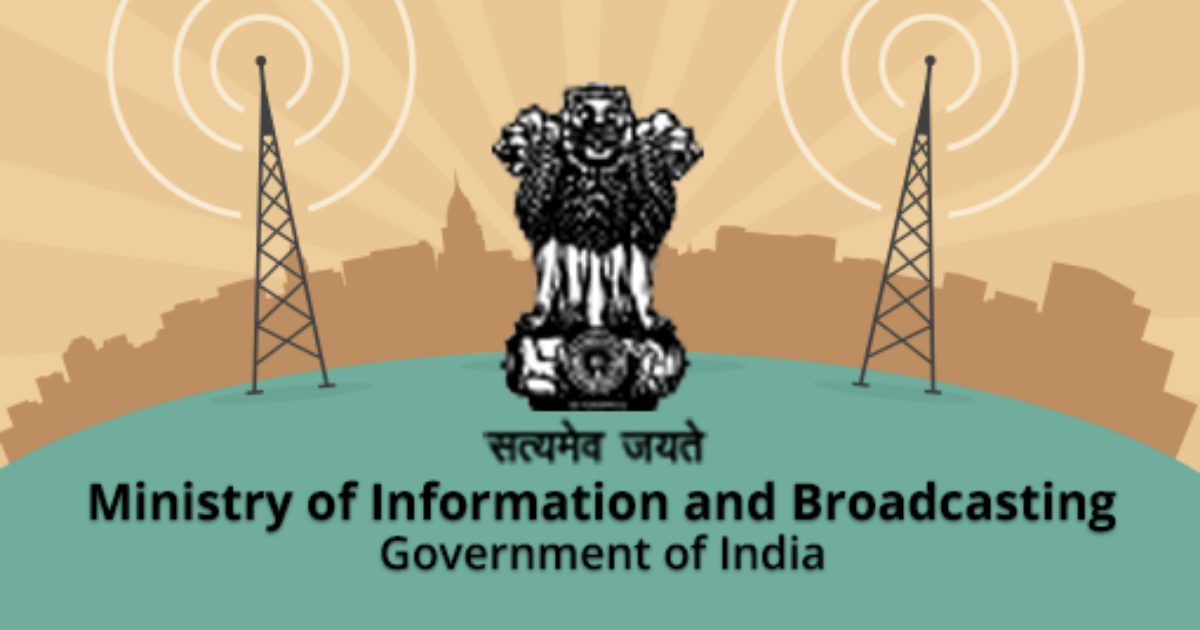 Freedom of the PressLaw and TechnologySocial Media

THE Ministry of Information and Broadcasting [I&B Ministry] slammed Google, Facebook, and Twitter, in a contentious virtual meeting held on Monday, claiming that their failure to act on fake news prompted the Indian government to resort to content takedowns. The aforementioned directives attracted international outcry over free speech abuses, thereby tarnishing the government’s public image.

This meeting took place after the I&B Ministry’s use of “emergency powers” under Rule 16 of the Information Technology (Intermediary Guidelines and Digital Media Ethics Code) Rules, 2021 [IT Rules, 2021] to order the shutdown of 55 YouTube channels, as well as several Twitter and Facebook profiles in December and January.

According to the government, these stations and websites were part of a Pakistan-based “coordinated disinformation network” that disseminated false information about critical Indian topics. Among these are the Indian Army, Jammu and Kashmir, and India’s foreign relations with other countries. These social media profiles were being constantly monitored by Indian intelligence agencies, and they were reported to the Ministry for prompt action. The networks were used to spread anti-India propaganda by broadcasting profane content. These YouTube channels had also begun to post content that questioned the democratic process in the five states where elections are scheduled to take place.

The administration was dissatisfied that major social media platforms like Facebook and Twitter were not detecting and removing such content on their own. During the meeting, the tech companies also advised the Indian government to keep the content takedowns private so as not to harm their reputation. This recommendation was rejected because “takedowns also advertise how the firms weren’t doing enough to combat fake news on their own,” according to the report.

Despite the fact that no progress was made during the virtual meeting, no ultimatums were issued to the tech giants. Even after the strengthening of IT restrictions, the government does want them to evaluate their internal rules and implement more severe procedures for content filtering. When it comes to preventing the spread of fake news in India, the government wants social media intermediaries to take the lead.

Despite the proliferation of online media, the news credibility of traditional media is seen to be better than that of digital media. According to the Ormax Media survey, print media continues to lead with a Credibility Index of 62%, followed by television (55%), and radio (54%).

There are some methods and techniques for online verification; however they aren’t always sufficient. Therefore, due to technological constraints, fighting false news is still a human endeavour.

Emergency clause under new IT Rules

Parts II and III of the IT Rules, 2021 are implemented by the Ministries of Electronics and Information Technology and the Ministry of Information and Broadcasting in 2021, respectively. It also mandated that a three-level grievance redressal system be established to address concerns stemming from the published content.

The Secretary, I&B Ministry is conferred with the power to exercise the emergency clause, which gives it the authority under Rule 16 of IT Rules, 2021 to pass interim blocking measures, based on the grounds set out in subsection (1) of Section 69A of the IT Act.

Emergency powers were invoked for the first time under the IT Rules, 2021, to prohibit the working of anti-India propaganda websites.

Fear of freedom of speech

While the government claims to be fighting fake news, numerous activists have accused it of using such requests to suppress free speech. According to Google and Twitter Transparency reports, India was placed third, with 1,024 and second, with 6,956 government content removal requests, respectively. “The administration withheld the details of the removal orders from the public,“ said Apar Gupta, executive director of the Internet Freedom Foundation, adding that this gave authorities the power to control content even if it did not threaten public order or national security.

The IT Rules, 2021, according to DigiPub, a group of digital news organisations founded in 2020, are unfair and their application is an infringement on freedom of expression as it gives the government power to remove news content from the internet.

Last year, the Bombay High Court had stayed clauses 9(1) and 9(3) of the IT Rules, 2021 for being prima facie violative of the freedom of speech and expression, and beyond the rule-making power of the Executive under the IT Act. This stay has an all-India effect, the union government had admitted in another proceeding last year before the Madras High Court.
(Harshita Malik is a fifth-year B.A., LL.B. (Hons.) student of Amity Law School, Delhi affiliated to Guru Gobind Singh Indraprastha University.)