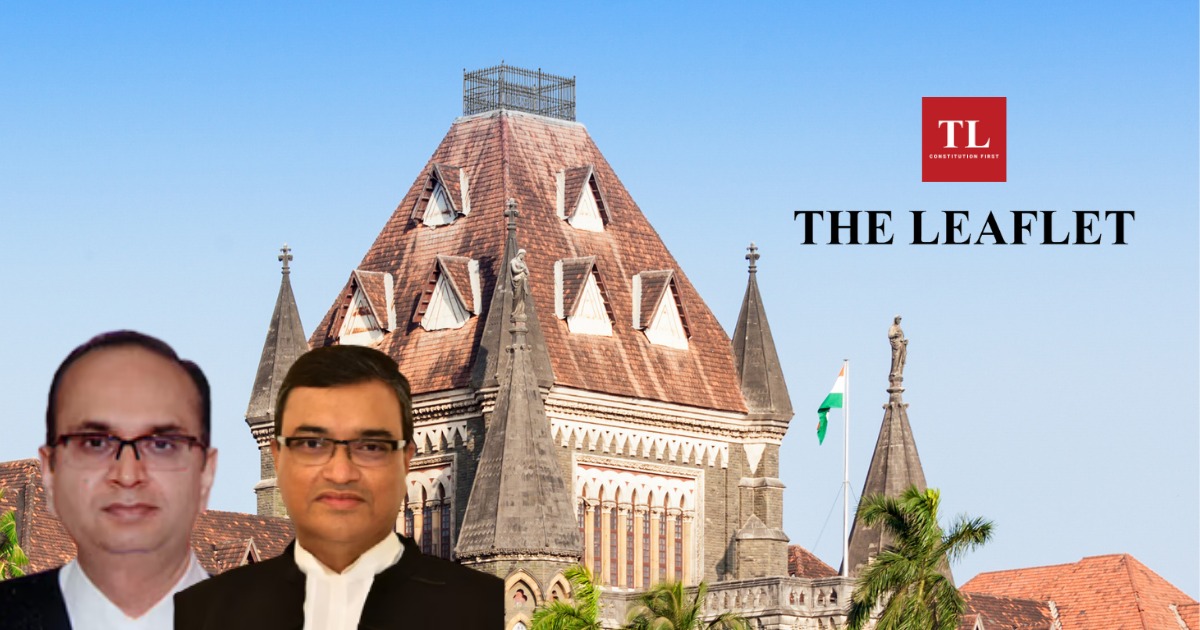 THE Bombay High Court Saturday stayed clauses 9(1) and 9(3) of the “Information Technology (Intermediary Guidelines and Digital Media Ethics Code) Rules 2021”  under which publishers are required to observe and adhere to the Code of Ethics and a three-tier grievance redressal mechanism is to be constituted for complainants.

A bench of Chief Justice Dipankar Datta and Justice GS Kulkarni found these rules, prima facie, violative of the freedom of speech and expression and beyond the rule-making power of the Executive under the Information Technology Act, 2000.

It said dissent in democracy is vital and it’s the checks and balances that make democracy work. There can be no two opinions that a healthy democracy is one that has developed on criticism and acceptance of contra views.

“People would be starved of the liberty of thought and feel suffocated to exercise their right of freedom of speech and expression if they are made to live in present times of content regulation on the internet with the Code of Ethics hanging over their head as the Sword of Damocles. This regime would run clearly contrary to the well-recognized Constitutional ethos and principles”, the bench observed.

The bench added that the indeterminate and wide terms of the Rules brought about a chilling effect on the right of freedom of speech and expression of writers/editors/publishers because they could be hauled up for anything if such committee so wished.

The high court wondered when there already were different legislation governing the field of the code of ethics, then how could they be brought within the purview of the IT Rules, 2021 and substantive action taken for their violation under the new IT Rules, 2021.

It termed the 2021 Rules manifestly unreasonable and beyond the IT Act, 2000.

Commenting on the chilling effect of the IT Rules on the freedom of speech, the court opined “For proper administration of the State, it is healthy to invite criticism of all those who are in public service for the nation to have a structured growth but with the 2021 Rules in place, one would have to think twice before criticizing any such personality, even if the writer/editor/publisher may have good reasons to do so without resorting to defamation and without inviting action under any other provision of law”.

Rule 9(1) of the new IT Rules brought i) Norms of Journalistic Conduct of the Press Council of India under the Press Council Act, 1978; (ii) Programme Code under section 5 of the Cable Television Networks Regulation) Act, 1995; (iii) Content which is prohibited under any law for the time being in force shall not be published or transmitted, under the IT Rules, 2021.

With regard to Rule 14 which seeks to provide for the constitution of the Inter-Departmental Committee to examine the grievances that arise from level I or II, the High Court said there was no urgency to examine this Rule as the Centre itself had not yet constituted the committee.

Senior advocate Darius Khambata representing The Leaflet argued that the Rules went far beyond the permissible restrictions of freedom of speech and freedom of trade for digital news publishers. Calling the Rules the most draconian law on free speech in recent times, Khambata sought their immediate stay.

“These rules are so vague, so draconian that they have a chilling effect on free speech,” Khambata argued while asserting that the Rules brought in were beyond the rule-making power of the Central Government under the Information Technology(IT) Act, 2000.

The Rules, he said, sought to control investigative journalism which would result in journalists not being able to write anything which they cannot prove a 100 percent, adding that while the journalists are expected to be accurate, the Rules could not decide between ‘fair and crass’ and could not control publishers and editors through it.

The Central Government had opposed the stay of the Rules.