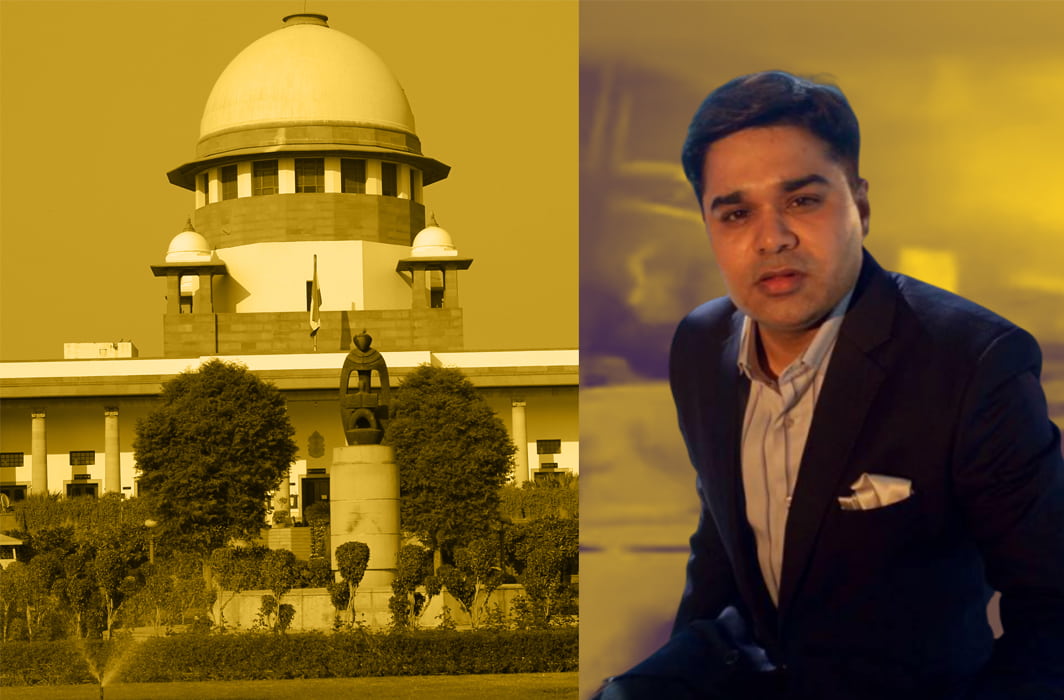 Can the Amish Devgan Judgment be Misused to Launch False Prosecutions?

The judgment in the case is open to interpretations by investigating authorities and could be used against citizens. It also refers to “persons of influence” owing a duty and being more responsible. But who are these persons, asks PRASHANT PADMANABHAN

Recently, a news anchor found himself in a soup over alleged defamatory remarks he had made against revered Sufi saint Khwaja Moinuddin Chishti during a show on June 15, 2020. FIRs were lodged against him in various states such as UP, Rajasthan, Maharashtra and Telangana.

While the anchor in question, Amish Devgan of News 18, later tweeted an apology saying he was actually referring to Muslim ruler Alauddin Khilji and inadvertently said Chishti, the damage was done. Devgan moved the Supreme Court under Article 32 of the Constitution, for quashing of the FIRs saying it was a slip of the tongue. He also pleaded that as an alternative, he be tried for minor harm punishable under Section 95 of the IPC (“Nothing is an offence… if that harm is so slight that no person of ordinary sense and temper would complain of such harm”) and that all the FIRs be clubbed and transferred to one place.

But on December 7, 2020, in Amish Devgan v UOI, the Supreme Court refused to quash the FIRs, but said Devgan would get protection from any coercive action if he cooperated with the probe.

A Division Bench of Justices AM Khanwilkar and Sanjiv Khanna disallowed the first two prayers of Devgan. The operative portion of the order was found in the penultimate para and was in tune with the precedents set by the Supreme Court. Quashing of FIRs is done only in rare circumstances under very limited grounds, as has been explained by the judgment in State of Haryana v. Bhajanlal 1992.

While the 128-page judgment is welcome, some of the observations made in it are susceptible to misinterpretation at the hands of the police and can be a cause of legitimate concern.

The Court observed: “Persons of influence, keeping in view their reach, impact and authority they yield on general public or the specific class to which they belong, owe a duty and have to be more responsible.”

Contrast this with Ramjilal Modi v State of UP where a five-judge bench of the Supreme Court upheld the constitutional validity of Section 295A of the IPC (Deliberate and malicious acts, intended to outrage religious feelings of any class by insulting its religion or religious beliefs.) It is just ten paras in the SCC report. Of course, brevity is a virtue and as former US President Barack Obama said in his biography “A promised land”, only a gifted writer could have accomplished that.

In Ramjilal Modi’s case, Section 295A was upheld by narrowly reading it to include deliberate and malicious intention and aggravated form of insult. “The calculated tendency of this aggravated form of insult is clearly to disrupt the public order and the section, which penalises such activities, is well within the protection of cl. (2) of Art. 19 as being a law imposing reasonable restrictions on the exercise of the right to freedom of speech and expression guaranteed by Art. 19(1)(a),” held the Constitution Bench. The Division Bench of the Supreme Court could not have, in any case, gone beyond or qualify the judgment of the Constitution Bench in Ramjilal Modi’s case in so far as the interpretation of Section 295A was concerned.

Who are “persons of influence”? Are writers and intellectuals who speak on social issues a special category under this wide term? Imagine a group of public-spirited citizens arranging a meeting and making statements against caste-based atrocities in Hathras. Imagine this in an era where Martin Luther King challenged the subjugation of Blacks.

However, the judgment in Amish Devgan is an elaborate one and may be misused in launching false prosecutions. Under the title, “First Prayer – Whether the FIRs should be quashed?”, Justice Khanna made a sub para (iii) titled “Hate Speech” and discusses it. It is to be noted that “hate speech” is not yet made an offence by any legislation despite the request of the Supreme Court in Pravasi Bhalai Sangathan for inclusion of it as  an electoral offence. Even the 267th Report of the Law Commission had suggested the same.

Nevertheless, Justice Khanna has taken pains to discuss the law relating to hate speech in different jurisdictions such as in the US, Canada, Australia, South Africa, Germany and France. Benjamin Franklin, Michel Rosenfeld and Andrew F. Sellars are quoted. Justice Khanna observed that the French position is different. One may wonder about the purpose of discussing legal systems which are not applicable to India. Incidentally, the Supreme Court has not made any request to Parliament to have a legislation after discussing various foreign jurisdictions.

The Court observed: “Freedom and rights cannot extend to create public disorder or armour those who challenge integrity and unity of the country or promote and incite violence.” It further held: “Persons of influence, keeping in view their reach, impact and authority they yield on general public or the specific class to which they belong, owe a duty and have to be more responsible.”

It is important that penal laws be strictly construed. Courts cannot expand the ambit of a penal provision, especially when its constitutional validity is upheld by a Constitution Bench, by narrowly interpreting it.

It is unclear whether the Court was trying to lower the threshold of prosecuting “persons of influence” under some of the existing provisions of the penal code for careless utterances of words. It would be pertinent to ask: Who are “persons of influence”? Are writers and intellectuals who speak on social issues a special category under this wide term? Imagine a group of public-spirited citizens arranging a meeting and making statements against caste-based atrocities in Hathras. Will it be interpreted as non-permissible in view of this judgment?  Imagine if this judgment was made applicable in an era where Martin Luther King challenged the subjugation of Blacks. Or Jayaprakash Narayan calling for total revolution. Should it be prohibited because it is by “persons of influence” and may disrupt public order.

It is important that penal laws be strictly construed. Courts cannot expand the ambit of a penal provision, especially when its constitutional validity is upheld by a Constitution Bench, by narrowly interpreting it.

Justice Khanna further held that observations on the factual matrix of the present case should not in any manner influence investigation by the police, the competent authority or the court taking cognisance of it. If the Court’s observations are not binding even on the police, what is the purpose of these discussions? Is it only an academic discourse on “hate speech” which ought to have taken place in Parliament? Here the Court was merely hearing a petition to quash a criminal case. If these observations are put to use by the police or governmental authorities at some other time, what would be a citizen’s defence?

It was the traditional approach of courts to play the role of arbiter once a State invokes its law and order machinery and prosecutes citizens.   If the Court itself expands the meaning of penal provisions, will it not empower the State machinery to prosecute its citizens more?

These are some of the concerns which the Court ought to have considered before embarking on the elaborate judgment.

(Prashant Padmanabhan is an advocate in the Supreme Court. The views expressed are personal.)