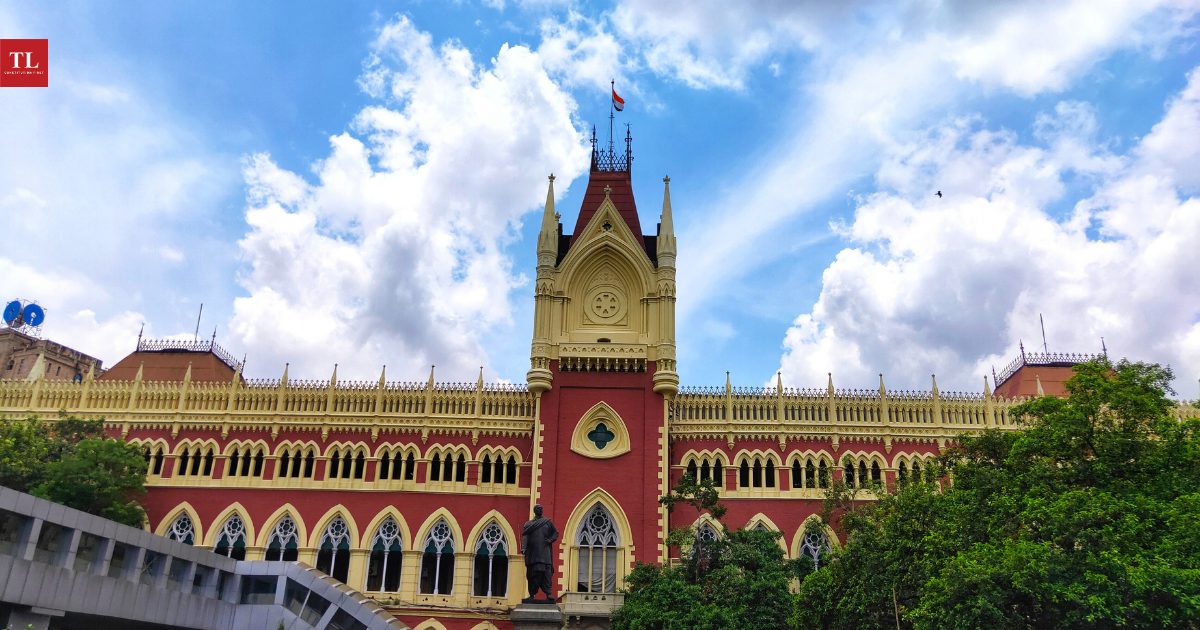 Demonstrating, through the use of publicly available data that the Calcutta High Court lags far behind the national average in its disposal of bail applications, PURBAYAN CHAKRABORTY explains how such delay violates the detainees’ right to speedy access to justice, which flows from Articles 21 and 14 of the Constitution of India, and examines the role of the administrative side of Calcutta High Court in guarding this precious right.

THE Calcutta High Court has a celebrated history when it comes to the protection of constitutional rights. It has very recently championed the cause of liberty by granting interim bail very expeditiously to the four accused All India Trinamool Congress leaders through its order on May 28th in the matter of CBI ACB Kolkata vs. Shri Firhad Hakim @ Bobby Hakim & Ors. (WPA 10504 of 2021).

The order of the High Court was aimed at ensuring that criminal law does not become a weapon for selective harassment. While this order is appreciable, the High Court’s record since the beginning of this year in disposing similar regular bail and anticipatory bail applications in cases involving ordinary accused persons has been noted for inordinate delay.

Protection of personal liberty of an individual is undeniably a constitutional duty of the High Courts. However, it is to be remembered that liberty travels with equality. If the standard of ‘access to justice’ is not equal for all, it may have a damaging impact on the public trust in the judiciary.

The Calcutta High Court has disposed of only 1,443 cases on the criminal side in the months of January and February 2021, even though 3,331 cases were instituted in it on the criminal side in these months. This amounts to a sluggish disposal rate of 43 percent (Disposal rate is calculated on the basis of the number of cases disposed of expressed as a percentage of the number of cases instituted in a given time period).

Our criminal justice system has always given paramount importance to the protection of the rights of an accused. There exist various legal safeguards to protect the rights of an arrested accused person, both under our domestic legal framework as well as our international law commitments.

Article 21 of the Constitution of India mandates that the personal liberty of an accused can be allowed to be curtailed only after strict compliance with the procedure established by law. Similarly, Article 9 of the Universal Declaration of Human Rights provides that no one shall be subjected to arbitrary arrest and detention. These rights of an accused person are realized through the various provisions of the Code of Criminal Procedure, 1973 (CrPC). Within CrPC, Sections 438 and 439 provide for anticipatory and regular bail respectively by the High Court.

The bail jurisprudence within Article 21 was implanted long back in the Supreme Court’s judgment in the case of Gudikanti Narasimhulu & Ors. vs. Public Prosecutor, High Court of Andhra Pradesh, (1978) 1 SCC 240 wherein Justice V. R. Krishna Iyer observed that “a developed jurisprudence of bail is integral to a socially sensitized judicial process”. He further enunciated:

“Personal liberty, deprived when bail is refused, is too precious a value of our constitutional system recognised under Article 21 that the curial power to negate it is a great trust exercisable, not casually but judicially, with lively concern for the cost to the individual and the community.”

Sections 438 and 439 of CrPC are the means to ensure that an accused is not deprived of his personal liberty arbitrarily. These provisions enable the accused to invite judicial review of the High Court to scrutinize the legality of arrest or necessity of custody. However, any undue delay in disposing of a regular bail or pre-arrest bail application causes an irreparable damage to an individual who is ultimately enlarged on giving bail. Expeditious hearing of these petitions is extremely essential to avoid or minimize unwarranted pre-trial detentions, especially in light of the fact that nearly 70 percent of all prisoners in India are under-trials.

The West Bengal legislature has made efforts to address the issue of delay in disposal of pre-arrest bail applications. The state legislature amended sec. 438 of CrPC vide The Code of Criminal Procedure (West Bengal Amendment) Act, 1988. The amended sub-section 1(b) of section 438 CrPC requires the High Court to dispose of an anticipatory bail application filed under section 438 within one month of its filing.

This amendment gave rise to a statutory right on part the accused to have his pre-arrest bail application heard within one month. However, since the amended provision does not provide for the consequences in case of non-compliance of this provision, the timeframe for disposing of an anticipatory bail application is to be constructed as directory.

This was confirmed by a division bench of the Calcutta High Court in Jyoti Kumar Pathak vs. Khudan Chand & Ors., 1993 (1) CHN 264. In its judgment in the case, the High Court held that section 438(1)(b) is directory, and that after the expiry of thirty days, neither the application for an anticipatory bail lapses nor any interim order passed on such application becomes inoperative.

The constitutional courts of our country have also deliberated on this issue of delay in disposal of bail and pre-arrest bail applications on several occasions, and their pronouncements have significantly contributed to the advancement of a sound bail jurisprudence in India. The Supreme Court’s judgment in Anita Kushwaha & Ors. vs. Pushap Sudan & Ors., (2016) 8 SCC 509, while recognising ‘access to justice’ as being integral to Articles 21 and 14 of the Constitution of India, held that speedy adjudication process is one of the main facets that constitute the essence of ‘access to justice’, and without it ‘access to justice’ as a constitutional value will be a mere illusion.

In the same vein, the Supreme Court, emphasizing on the importance of ‘access to justice’ in its earlier judgment in Imtiyaz Ahmad vs. State of Uttar Pradesh & Ors., (2012) 2 SCC 688, had observed that unduly long delay has the effect of bringing about the blatant violation of the rule of law and adverse impact on the common man’s ‘access to justice’, which is a fundamental right. Denial of this right, the court reasoned, undermines public confidence in the justice delivery system.

One such occasion arose again only last month when the Allahabad High Court, in the case of Sahil v. State of Uttar Pradesh [Crim. Misc. Bail App. No. 19839 of 2021], was considering a matter where delay in hearing of a bail application was caused due to failure on part of the police authorities to furnish the appropriate instructions to the Additional Government Advocate. Taking a serious note of this, the court unequivocally held that: “The right of an accused to have his bail application heard by the Court within a reasonable time has been entrenched as a constitutional liberty. The right flows from Article 21 according to pronouncements of Constitutional Courts.”

While regular bail or pre-arrest bail may not be a matter of right if the offence is non-bailable, what can be broadly gathered from the discussion above is that for an accused to have his bail application heard within a reasonable time frame is unquestionably a matter of right which flows from Articles 21 and 14 of the Constitution. This right casts a corresponding obligation on High Courts to prioritize early hearing to an accused approaching the High Court seeking bail.

The Calcutta High Court has constituted two division benches to take up all criminal matters. While this move by the High Court is welcome, this will not suffice. It is the need of the hour to dedicate at least three division benches to hear only matters pertaining to bail and pre-arrest bail on a regular basis to overcome this crisis of backlog at the earliest. Only once the pendency is clear, one of the division benches may be re-diverted.

Only filling up gaping judicial vacancies will help in long run

In long run, to be able to secure an accused person’s right to access an adjudicatory mechanism that is reasonably speedy, vacancies in the High Court will have to be filled.

The Calcutta High Court has a sanctioned judge strength of 72. However, nearly 57% of the sanctioned posts of judges are currently lying vacant, as the court currently has only 31 judges.

This issue of a large number of vacancies at the Calcutta High Court has also been deliberated by a division bench of the High Court in In Re: Bikram Chatterjee (2017 SCC OnLine Cal 10070). The High Court noted that its inability to deliver speedy justice to litigants is primarily caused due to the dearth of an adequate number of judges in the court. The court further observed that facilitating proper functioning of the High Court is a Constitutional necessity that imposes a non-negotiable obligation on all the stakeholders to appoint judges with utmost expediency so that speedy access to justice becomes a reality.

The reasons behind this huge vacancy at the Calcutta High Court may be multi-fold; nonetheless, a joint endeavour will have to be made by the High Court collegium, the Union Ministry of Law and Justice, and the Supreme Court collegium to achieve zero vacancies.

While the delay in disposal of bail and pre-arrest bail applications may be caused due to various reasons, it is the accused and his family who ultimately become the victim of this delay. This steady increase in the pendency of regular and anticipatory bail applications at the Calcutta High Court is deeply worrying, and if this goes on, the system will collapse sooner than later.