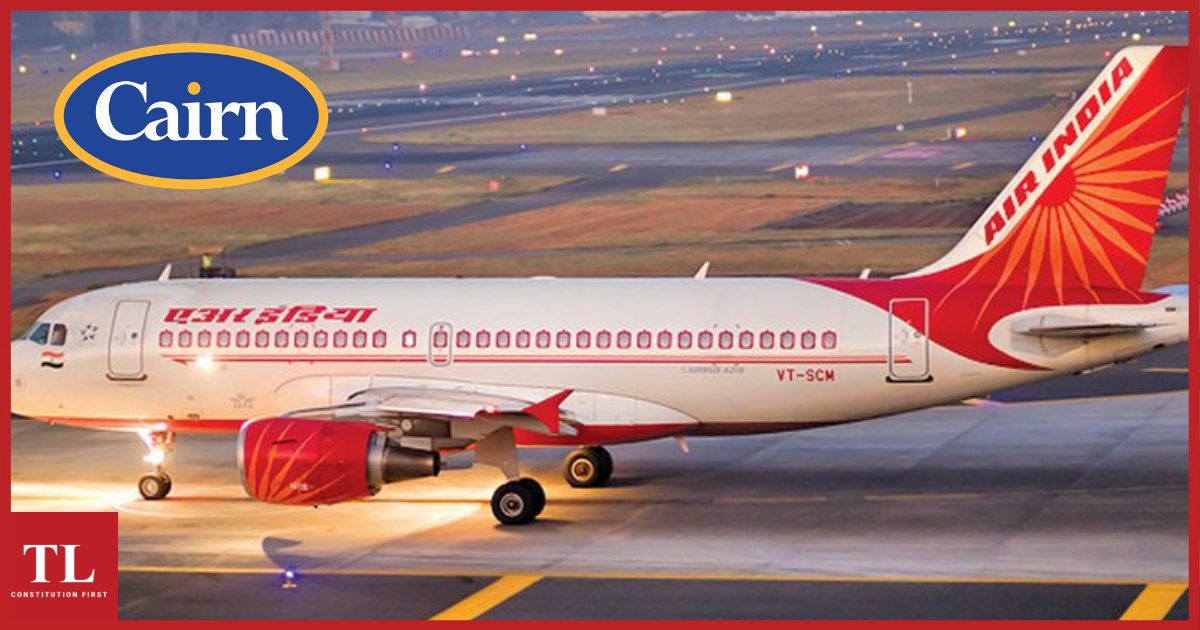 As leading British oil and gas company Cairn Energy moves a New York district court to attach Air India assets in the U.S. to enforce an arbitral award against India, RAMESH MENON writes about why Cairn is doing so, what recourse India has, and how we got here.

British oil major Cairn Energy has moved to attach assets of Air India in the United States to enforce an arbitration award by an international court it won in a tax dispute with India.

Cairn brought in a lawsuit in the United States against Air India at the District Court for the Southern District of New York seeking to make the national carrier liable for the earlier judgement that was awarded to it. In the lawsuit, it said that Air India could be made liable as it was an alter ego of the Government of India, and the payment of the award should be settled by seizure of its assets overseas.

Cairn will seek attachment of Indian assets after the court recognizes Air India as the alter ego of the Indian government.

Arbitral award against India, in favour of Cairn

A Permanent Court of Arbitration at The Hague, in December 2020, had ruled that a case of retrospective tax was wrongly applied by the Indian government on Cairn. It asked the Indian government to pay $1.2 billion to Cairn Energy, in a controversial long-standing tax dispute. With interest, the amount will work out to a whopping $ 1.7 billion in the six-year-old dispute.

Cairn said that it is ready to move multiple courts in the United States, United Kingdom, France and Netherlands for the seizure of Indian assets in case the government refuses to honour the international arbitration award.

India in no mood to pay up

In March this year, Union Finance Minister Nirmala Sitharaman said India would appeal against the arbitration award as it was her duty to appeal in cases where the nation’s sovereign authority to tax was being questioned. Later that month, the Indian government filed an appeal challenging the $ 1.2 billion arbitration award at The Hague.

As 160 countries had signed and ratified the 1958 New York Convention on the Recognition and Enforcement of Foreign Arbitral Awards, the award could be enforceable in any of them, Cairn claims.

As negotiations for an out of the court settlement did not succeed, Cairn initiated proceedings to seize Indian assets abroad equivalent to the sum awarded to it.

Reports suggest that it has already identified Indian assets worth over $ 70 billion like aircraft, ships and other properties owned by state-owned banks and public limited companies, out of which it can seize assets to mop up $ 1.72 billion due from India.

It is well within its legal rights to do that. It whipped up processes to identify Indian assets by hiring asset-tracing firms to identify overseas assets of India in the United States, United Kingdom, Singapore, and the Netherlands before zeroing on to Air India.

The government now has to figure out how the case will impact the proposed privatisation of Air India.

Also Read: India must hunt down those who diverted public money to offshore tax havens

In the negotiations with finance ministry officials, Cairn is reported to have said it was willing to invest the entire amount of the award minus the interest, in India in any oil, gas or renewable energy project if the government agreed to honour the arbitration award.

The Indian government had proposed that Cairn take advantage of the Vivad se Vishwas scheme to deal with the dispute. It would just have to pay 50 percent of the disputed principal amount. It would not have to pay interest or penalty. The Cairn negotiators which included its CEO, Simon Thomson, did not agree.

Now, it may be complicated. India may have to provide some security, like a bank guarantee that is equivalent to the amount of the award. This will be returned if India wins the case. But if Cairn wins, the amount would be paid to it.

In case this happens, India would join the league of other countries like Venezuela and Pakistan which faced similar cases and had to ultimately pay.

Also Read: India has been short-changed by Vodafone and Cairn Arbitral Awards

The Times of India in an editorial said that retrospective tax amendment needs to be buried for India’s long-term benefit, as reputations matter in investment decisions. The dispute with Cairn will have an adverse impact on foreign direct investment, it said.

The Indian government’s stand is that Cairn had not paid any tax anywhere in the world on its earnings in India.

In 2012, the then Union Finance Minister Pranab Mukherjee had decided to retrospectively amend a section of the Income-tax Act, 1961 (I-t Act). In March 2012, the Ministry of Finance introduced in the Finance Bill, a retrospective amendment to the I-t Act. This was meant to nullify a verdict of the Supreme Court that had favoured Vodafone International in an income-tax dispute.

It predictably set off a chain reaction opening up a host of cases. One of them was a transaction in 2006 that Cairn Energy had made. The Income-Tax department moved fast, selling Cairn’s financial assets to procure the tax demand.

Cairn challenged the demand through international arbitration, on the ground that the Indian government’s action was violative of its bilateral treaties signed by the Netherlands and the United Kingdom.

The action by Cairn apparently did not come as a surprise to India. In fact, it had asked state-run banks to withdraw funds from its foreign currency accounts abroad anticipating that Cairn could legally move to seize the funds.

However, it is not just Cairn’s demand that the government will now have to handle. British subsidiary Earlyguard of Japanese conglomerate Mitsui & Co, has now moved arbitration proceedings against India under the India-UK Bilateral Investment Treaty after income tax authorities raised a Rs. 2,400-crore demand related to a transaction done in 2007.

The income tax started proceedings against the Japanese giant after the government decided to retrospectively amend the Income Tax Act. This was to levy capital gains tax on transactions outside the country but involved assets that were in India.

It is a sticky affair especially at a time when India is trying to attract foreign direct investment and woo foreign companies to set up shop or invest in India.

(Ramesh Menon is an author, educator, documentary film-maker and editor of The Leaflet.  Views expressed are personal.)