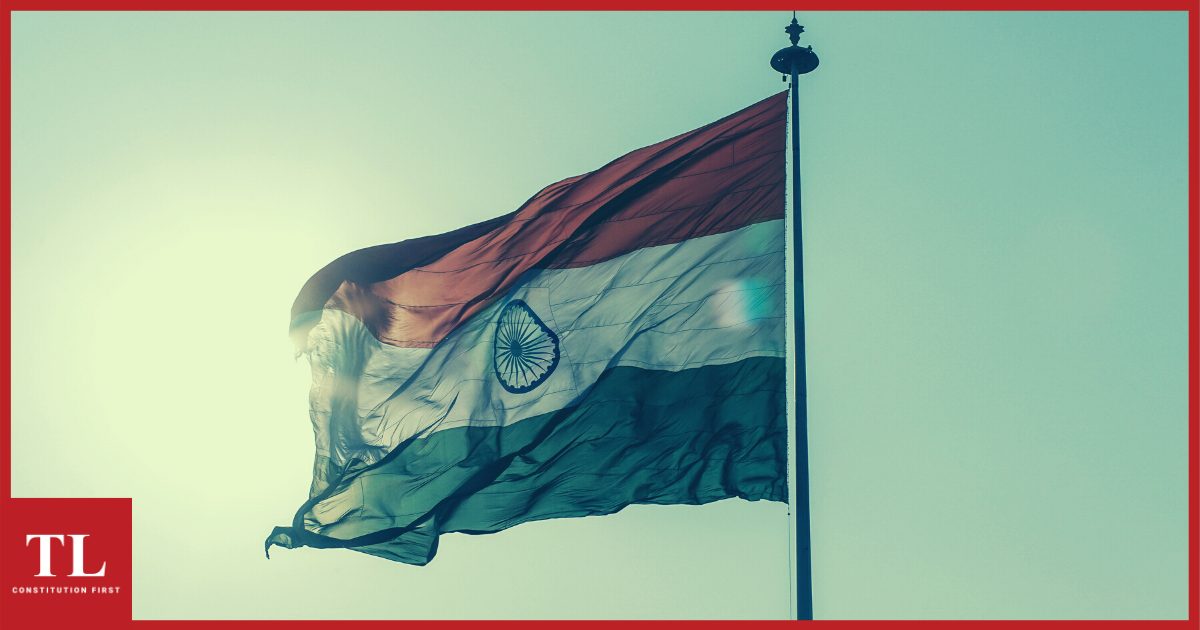 Breaking down the law governing usage of India’s National Flag

Elaborating on the recent Madras High Court judgment ruling that cutting a cake with the image of the national flag on it doesn’t amount to insulting the nation’s honour, SWAPNIL TRIPATHI explains how the relevant law, that is, the Prevention of Insults to National Honour Act, 1971, deals with usage and representation of the national flag, and why this judgment is so important in today’s India. A proud Indian does not need a giant flag or other symbols to remind or instill in them feelings of patriotism. This money, if spent on vesting benefits on citizens, would make them prouder of their nation and its government, for prioritised the actual care of its citizens over symbolic pseudo-patriotism, he says.

RECENTLY the Madras High Court delivered a judgment relating to the Indian National Flag that has garnered significant praise. The judgment has been lauded for its progressive observations on patriotism and national symbols. At a time when there is a rise in hyper-nationalism across the country and the Union Government is trying to portray itself as the arbiter of patriotism, the judgment is a reminder of what patriotism truly means.

The judgment deals with questions pertaining to the law governing the usage of the Indian National Flag (‘National Flag’). A detailed discussion on this law is important because of the recent prevalence of criminal complaints being filed against citizens for allegedly disrespecting the flag. Most of such complaints are frivolous and driven by hypersensitive nationalism. It is hoped that clarification about the law will educate citizens, and reduce the baggage of ill-considered complaints upon the police and courts.

Read also: Patriotism isn’t determined by a gross physical act, the intention behind the act will be the true test: Madras HC

What is the law governing the usage of the Indian National Flag?

However, there are other articles of the Constitution that come into play with regard to using the national flag. One such key article is Article 19(1)(a), which guarantees to all citizens the right to freedom of speech and expression. The Supreme Court has held that this right includes the right to fly the National Flag, as it is an expression and manifestation of one’s allegiance and sentiments of the pride for the nation (Union of India vs Naveen Jindal, (2004) 2 SCC 510).

It should be noted that rights under Article 19(1)(a) are not absolute and can be reasonably restricted by law under clause 2 of the Article.

Section 2 of the Act makes insulting the National Flag a punishable offence, carrying a sentence of three years, or fine, or both. The Section reads, ‘Whoever in any public place or in any other place within public view burns, mutilates, defaces, difiles, disfigures, destroys, tramples upon or [otherwise shows disrespect to or brings] into contempt (whether by words, either spoken or written, or by acts) the Indian National Flag or the Constitution of India or any part thereof shall be punished with imprisonment for a term which may extend to three years, or with fine, or with both.’

The Indian National Flag, for the purposes of the Act, means any virtual representation of the flag made of any substance, which inter alia includes any picture, painting, drawing, photograph etc. [as per Explanation 2 to Section 2]

Explanation 4 defines ‘disrespect to the Indian National Flag’ as a gross affront or indignity offered to the Flag. It also provides specific instances which amount to disrespecting the flag. These are:

[Interestingly, anchor and actress Mandira Bedi, during the 2007 Men’s Cricket World Cup telecast, wore a saree having images of the National Flags of participating countries. She was booked under this section since the image of the Indian National Flag was below her waist and near her legs (Mandira Bedi vs Pawan, Misc. Cr. Case No. 2121/2008 before Madhya Pradesh High Court). Similarly, British musician Chris Martin had stirred a controversy during a concert in India, when he tucked the Indian National Flag in the back pocket of his jeans.]

For instance, in PV Joseph vs State of Kerala, Cri. M.C. No. 8035 of 2015, the Kerala High Court quashed charges against an individual who was accused of failing to lower the National Flag after the prescribed time, since there was no intention to disrespect the Flag. Similarly, in Kantilal Bhuria vs Sanjay Sarvaria, M.Cr.C.No. 12496/2011, the Madhya Pradesh High Court quashed a complaint against a sitting Cabinet Minister who was accused of sitting in a car having a mutilated National Flag.

The Union Ministry of Home Affairs had also issued a Flag Code of India, 2002 (‘Code’), with the aim of regulating the usage of the National Flag. However, courts have consistently held that the Code is not ‘law’ for the purposes of restricting one’s rights under Article 19(1)(a). Therefore, the Code is a mere code of conduct, violation of which does not carry any penal consequences (as per the Supreme Court in Naveen Jindal’s case, referred to earlier).

In other words, a citizen is not criminally liable if they violate the Code, and can only be booked for violating the Act.

The Madras High Court, in the instant case of Inspector of Police vs D. Senthilkumar, Cr. O.P. No. 15656 of 2020, was faced with an interesting complaint. In 2013, during a public function celebrating Christmas, a cake having the National Flag as the icing, was cut, distributed, and consumed by the guests. The complainant argued that the representation of the National Flag on the cake, and the subsequent cutting of the cake, violated Section 2 of the Act.

Based on the complaint, the Magistrate had directed the police to register an FIR. This was challenged before the High Court by the police. The High Court allowed the appeal, stating that the test for Section 2 is the intention to disrespect the flag, which was missing in the present case. It observed:

“Patriotism is not determined by a gross physical act. The intention behind the act will be the true test, and it is possible that sometimes the very act itself manifests the intention behind it. In the present case, even if the entire set of facts stated in the complaint are taken as it is, it must be seen as to what would have been the actual feeling with which the participants would have dispersed after the function was over.

Will they be feeling great pride in belonging to this great nation, or would the pride of India have come down on the mere cutting of a cake during the celebration?”

More than just the order, however, the judgment’s value lies in its delightfully piercing observations, from paragraph 54 onwards, on what patriotism truly means, and more importantly, what it should not mean. Justice Venkatesh titled this part of the judgment as ‘Compulsive Patriotism’ i.e., hyper and surfeit (excessive) adherence to patriotism. He observed that patriotism is not only raising the National Flag or wearing one’s national pride on one’s sleeve. Instead, it is batting for the nation’s good governance. He, more importantly, observed that the symbolization of national pride is not synonymous with patriotism.

Read also: Law-merick: Patriotism in the air! Gook’s take on it

Symbolic patriotism is disrespectful to the nation

The Madras High Court’s judgment is of contemporary importance at a time when governments seem to focus excessively on symbolism of national pride.

For instance, the Delhi government recently announced that it will spend a considerable amount of public money towards installing the National Flag across Delhi. Delhi’s Finance Minister Manish Sisodia cited the example of Delhi’s Connaught Place to observe, “the view of the large, 200 feet tricolour waving in the sky, fills our hearts and minds with nationalistic pride.” Rather than indulging in symbolic patriotism, this money could be used towards causes and issues that materially benefit citizens.

A proud Indian does not need a giant flag or other symbols to remind or instill in them feelings of patriotism. This money, if spent on vesting benefits on citizens, would make them prouder of their nation and its government, for prioritised the actual care of its citizens over symbolic pseudo-patriotism.

Similarly, the State and its citizens should not indulge in such hollow patriotism by filing complaints as a matter of course without understanding the actual law. By unnecessarily harassing an innocent citizen, we disrespect the very nation whose honour we try to protect with the complaint.

(Swapnil Tripathi is an advocate by profession, and is currently completing his Bachelor of Civil Law at the University of Oxford. The views expressed are personal.)