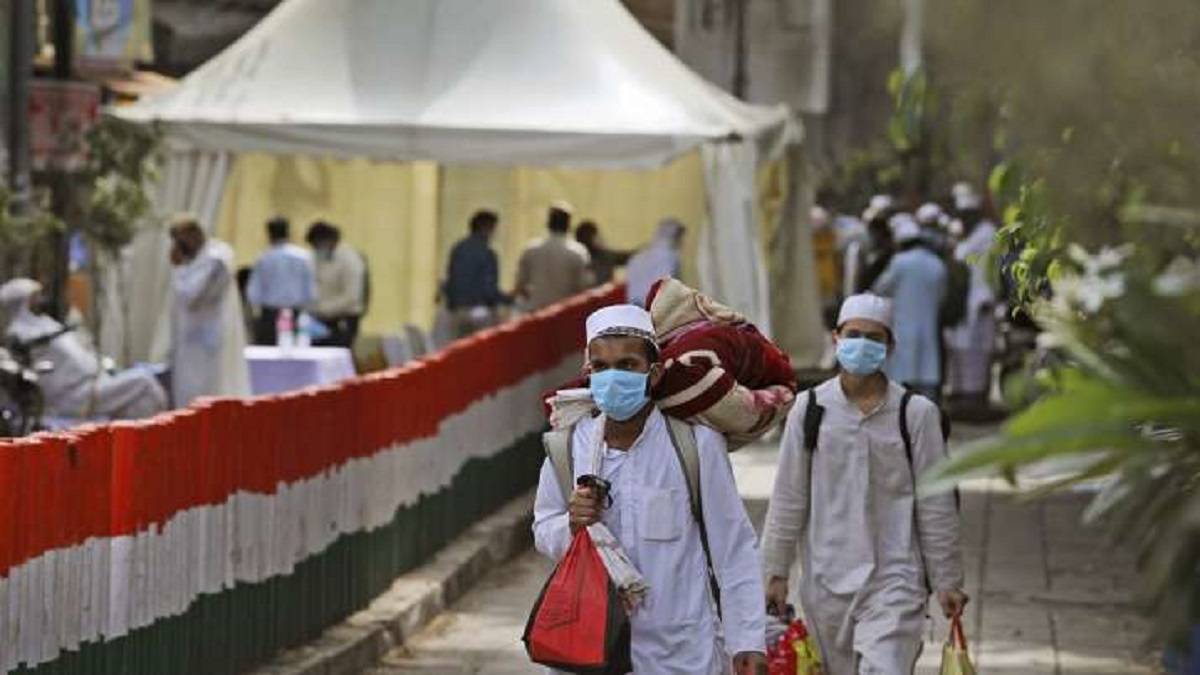 The Bombay High Court’s Aurangabad bench on Friday quashed FIRs against as many as 29 Tablighi foreigners who were booked by the Maharashtra Police for allegedly spreading Islam in breach of their tourist visa condition and also for attending a congregation in Markaz Nizamuddin, Delhi in violation of prevailing lockdown orders.

The court also quashed FIRs against six Indian nationals and the trustees of masjids who were accused of giving shelter to the foreigners.

It said that the Maharashtra police acted mechanically and the State Government acted under political compulsions. The police also did not dare to exercise powers given to them under provisions of procedural law like Cr.P.C. and substantive laws, the court said.

A division bench of Justices T.V. Nalawade and M.G. Sewlikar also rejected the request of the Maharashtra Government to stay its order till an appeal against the order was filed.

Justice Sewlikar agreed with the operative part of the judgment penned by the presiding judge, Justice Nalawade, but did not agree with some reasoning. He will, therefore, give his own separate reasoning.

No violation of visa norms

The High Court observed that there was nothing to show as to which ideas the foreigners were propagating. It added that the record showed that there was an allegation that they were reading the Quran and religious books of Muslims and delivering lectures to Muslims in Masjid.

The Court, however, held that these allegations were very vague in nature, and from these allegations, the inference was not possible at any stage that they were spreading Islam religion and there was the intention of conversion. It added that it was also not the case that there was an element of persuasion on any point from these foreigners.

After perusal of the visa manual and the several circulars of the Central Government, the High Court found that even under recent updated Manual of Visa, there was no restriction on foreigners for visiting religious places and attending normal religious activities like attending religious discourses.

“In view of the Articles of Indian Constitution like Articles 25 and 21, when visa is granted to foreigners, such foreigners cannot be prevented from visiting Masjids, if they go there to observe religious practices or to offer only Namaz”, the High Court said.

Significantly, the HC observed that the activity of Tabligh Jammat got stalled only after the declaration of lockdown in Delhi and till then it was going on.

“There is nothing on the record to show that this activity is prohibited permanently by the Government. These things need to be kept in mind while considering the cases filed against the petitioners”, the HC said.

Nothing wrong in giving shelter

On the allegations of Indian nationals and trustees of masjid giving shelter to Tablighi foreigners, the High Court held that there was nothing on the record to show that the Indians were prevented from accommodating persons in the Masjid or from supplying meals to the persons including the foreigners.

“The statements of the witnesses recorded by police are stereotype and it can be said that word to word, line to line and para to para of the statements are copied”, the court said.

“Most of the information shown to be given by the witnesses is apparently hearsay in nature”, the court said.

Propaganda by the media

The High Court also slammed the media for holding Tablighi foreigners responsible for the spread of Covid-19 in India.

The Court said, “a political Government tries to find the scapegoat when there is pandemic or calamity and the circumstances show that there is a probability that these foreigners were chosen to make them scapegoats”.

It is now high time, the court said, for the concerned to repent about this action taken against the foreigners and to take some positive steps to repair the damage done by such action.

The HC said that the propaganda against the so-called religious activity was unwarranted. The record and the submissions showed that the activity was going on for more than 50 years.

The High Court also observed that there is smell of malice to the action taken against these foreigners and Muslims for their alleged activities.

“The record of this matter and the submissions made show that action of Central Government was taken mainly against Muslim persons who had come to Markaz Delhi for Tabligh Jamaat. Similar action was not taken against other foreigners belonging to other religions. Due to these circumstances, the background of the action and what is achieved needs to be considered by the Court”, the Court said.

HC referred to the anti CAA and anti-NRC protests by Muslims to say that due to the present action taken fear was created in the minds of those Muslims.

This action indirectly, the High Court said, gave warning to Indian Muslims that action in any form and for anything can be taken against Muslims.

“It was indicated that even for keeping contact with Muslims of other countries, action would be taken against them”, the High Court observed.