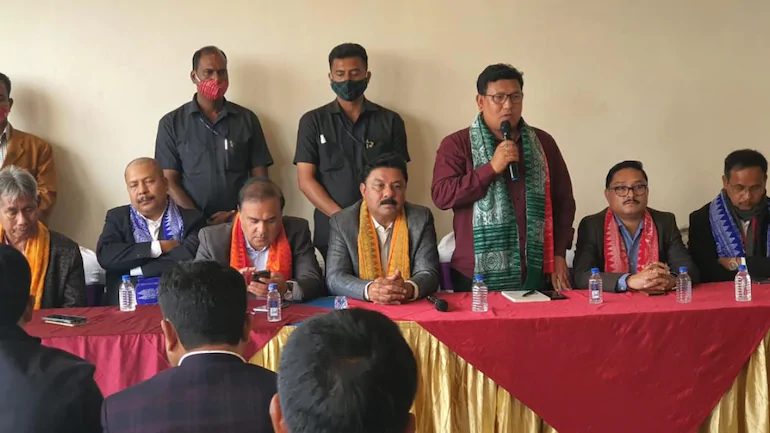 The alliance of the Bhartiya Janata Party, United People’s Progressive Liberal Party (UPPL) and Gana Suraksha Party (GSP) will now create the Council in Bodoland. Pramod Boro, the president of the (UPPL), has been designated as the new chief of the Bodoland Territorial Council (BTC).

Out of the 40 seats, UPPL secured 12 seats, BJP received nine seats and GSP was able to get one seat in the council.

The single largest party in this election is Bodoland People’s Front (BPF) led by Hagrama Mohilary which won 17 seats but failed to secure the margin of 21 seats to govern the council.

The state had witnessed a series of protests against the passing of the Citizenship Amendment Act in December 2019, which led to disruption in several districts. The outbreak of novel coronavirus saw residents return from other parts of the country due to job loss from a  shrinking economy and economic restrictions sustained by the Central government.

Before heading towards the state Assembly election scheduled next year, the incumbent party has tried to test waters in the Bodoland Territorial Election. The Twitter account of Himanta Biswa Sarma, the go-to man of BJP in Northeast and the state’s Finance Minister, Education and Health Minister, has campaigned with intensity and hostility against BPF and Congress leaders.

Interestingly, the Bodoland People’s Front (BPF) and BJP are serving as allies in the state government, but have turned bitter rivals. Experts say that it is likely the alliance of BPF and BJP will split before the occurrence of 2021 state Assembly elections, which is a mere six months away.

History of the Bodoland Territorial Council

In a memorandum of settlement on February 10, 2003, the Government of India, the State Government of Assam and Bodo Liberation Tigers (BLT) agreed to the formation of Bodoland Territorial Council (BTC). The aim was to fulfill economic, educational, linguistic aspirations and preserving the land-rights, socio-economic and ethnic identity of Bodos.

Before agreeing upon the accord, militant organizations had started an agitation for a separate Bodoland.

One of the criticisms attached with the accord was that more than 600 villages had no presence of any tribals or very few tribals in the region.

The Bodoland Autonomous Council comprises the four Bodo-dominated districts. But the territory wasn’t demarcated and hence the All Bodo Students’ Union (ABSU) denounced the accord in 1996.

Later, the agitations in this region were led by the Bodo Liberation Tigers (BLT), National Democratic Front of Bodoland (NDFB), as they caused severe ethnic conflicts and forced anti-Bodo communities to migrate from the region.

On January 20 this year, there was a peace accord between the Government of India and four factions of NDFB. Union Home Minister Amit Shah called the accord a “golden document” since it would provide economic opportunities for tribal communities. The purpose of revisiting the accord was to include those villages which have a substantial presence of the Bodo tribe and exclude those areas which don’t have the footprint for Bodos.

The accord affirmed the posting of Indian Police Service (IPS) and Indian Administrative Service (IAS) personnel in the region, Central Government will provide funds directly, economic package and establishment of Universities which shall be under the Central and State governments. Medical institutions and the National Institute of Technology (NIT) were guaranteed in the accord.

Consequently, the demand for a separate land of Bodoland was eventually given up.

What is the Sixth Schedule of the Constitution?

The Constituent Assembly in 1949 passed the sixth schedule to safeguard the rights of the tribal population to form the Autonomous District Council (ADC). The District Council is given autonomy within the legislature of state and Governors of respective states have the power to reorganize the boundaries of these areas.

The schedule provides a separate Regional Council for each area constituted as an autonomous region; there are ten areas in the region of North-East which have registered Autonomous districts—three in Assam, Meghalaya and Mizoram and one in the state of Tripura. The only exception to the tribal district council is Bodoland which contains 46 members of which 40 are elected, whereas, other district and regional doesn’t contain more than 30 members as they remain in power for five years.

The councils have civil and judicial powers as they are allowed to form courts in the village within the jurisdiction to receive cases concerning tribals.

The acts require the specific consent of the President of India or the Governor for enforcement within these territories. The Citizenship Act has not received such clearance yet and hence will not be implemented in these regions.

Muslims account for one-third of the state’s 30 million population and are a minority in the territorial district. While most of them arrived during the colonial period in the 20th century, they are continuously seen as illegal immigrants who entered the state from Bangladesh.

The rhetoric against Muslims was at its peak in the early 1980s. A massacre occurred in Nellie village which claimed the lives of more than 2,000 thousand Muslims and accusations were levelled upon Bodos for targeting minorities.

Yet, today, Shahjahan is one of the candidates who is contesting the elections on a ticket by UPPL, a party that has given tickets to five other Muslim candidates. In an interview to  Al Jazeera, Shahjahan expressed hope that the peace accord would bring development for Bodo and non-Bodo communities without any discrimination in the region.

The election of District Council in Bodoland was fought without any violence and was a closely contested one.

Experts believe that the election has increased the foot-print of BJP in the tribal region. The freehand given to Himanta Biswa Sarma has spoiled the prospects of BPF in the upcoming Assembly elections.

(Asif Iqbal is a student of Centre for Juridical Studies at Dibrugarh University and an intern with the Leaflet.)