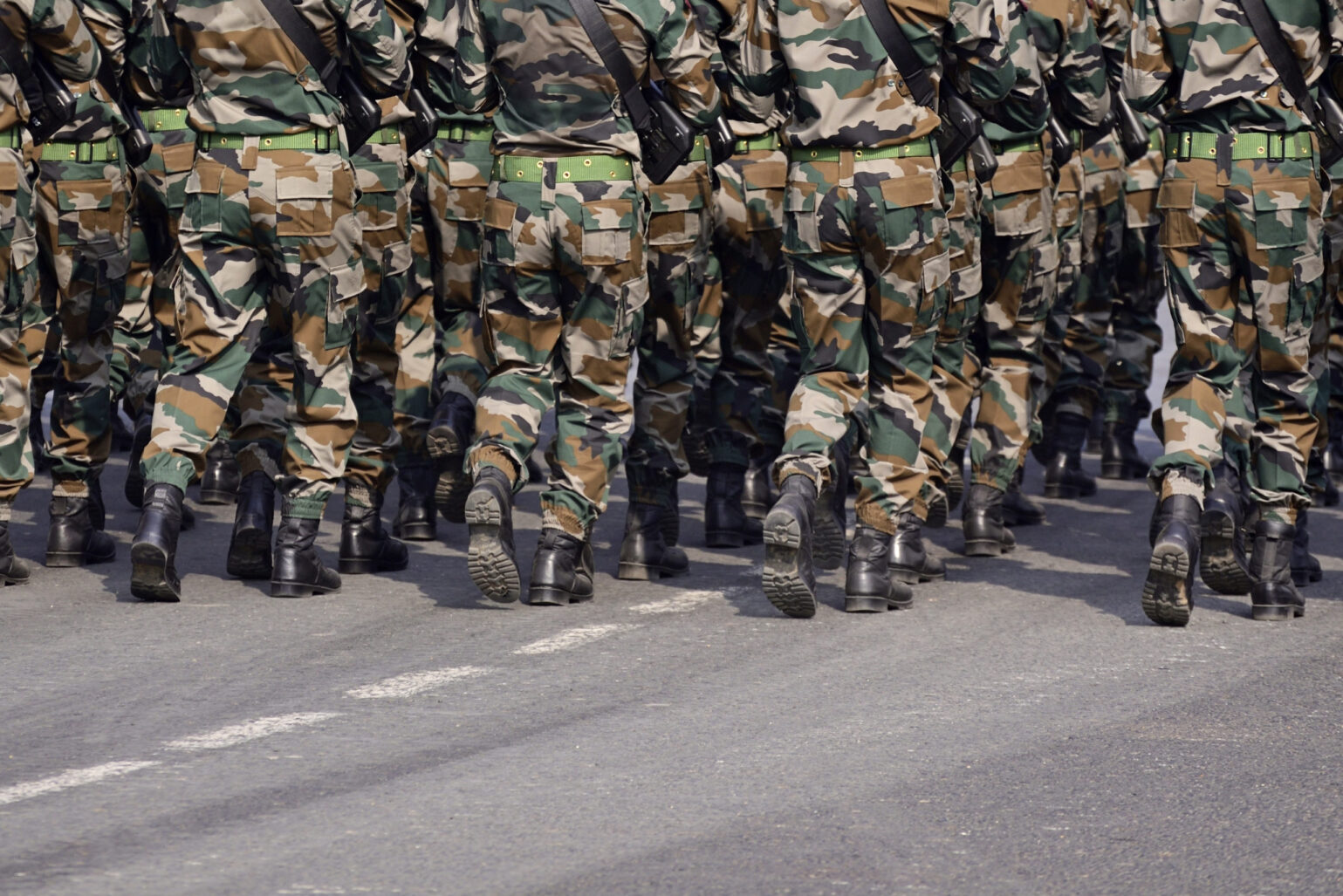 AFSPA in the North East – the never ending trauma

Obfuscation, denial and falsehoods mark the government’s response to demands for accountability on the misuse of Armed Forces (Special Powers) Act.

The Armed Forces (Special Powers) Act [AFSPA] was passed by the Indian Parliament on September 11, 1958. The Parliament was told it would last no longer than a year. In 2022, we are still waiting for that year to end.

The Act contains immunity clauses for the armed forces even if they are involved in violations of the right to life or torture.

In theory, the Union Government could give permission upon application for prosecution of armed forces personnel accused of offences. According to a question raised in the Rajya Sabha (upper house of Parliament) in 2015, a total of 38 requests for the sanction of prosecution under AFSPA and the Armed Forces (Jammu and Kashmir) Special Powers Act, 1990 were made between June 1991 and March 2015. Of the 38, permission was denied in 30 cases while the remaining eight requests were pending as of March 2015.

Following public outrage in the wake of the Oting massacre in Nagaland in December last year, in which security forces shot and killed 13 miners returning home from work, one more committee in a long list of committees was constituted by the Union Home Ministry in December 2021 to study the withdrawal of the AFSPA from Nagaland. It was to submit a report within 45 days. On December 20, the Nagaland Assembly passed a unanimous resolution demanding repeal of the AFSPA and an apology from the “appropriate authority” for the botched Army operation.

Also read: The Oting massacre and the state of exception in democracies

The six-member committee headed by the Registrar General of India, Vivek Joshi, made one visit to the state in January. Nagaland Chief Minister [CM] Neiphiu Rio stated on December 26, 2021 that the panel would complete its task in 45 days. That period came to an end on February 9, 2022. We are now told by former Nagaland CM T.R. Zeliang of the Naga People’s Front that the committee had sought an extension for three-months. This is to end on March 26.

A total of 38 requests for the sanction of prosecution under the two AFSPA laws were made between June 1991 and March 2015. Of the 38, permission was denied in 30 cases while the remaining eight requests were pending as of March 2015.

Last month, The Hindu filed a Right to Information Act (RTI) application requesting details of the terms of reference, the composition of the committee and the date on which its report was expected.

The Union Home Ministry replied that “it is not possible to reply to your RTI application” as “disclosure of information will prejudicially affect the security of state”.

The story is no different in each state of the north-east: obfuscation, denial and falsehoods mark the union government’s response to demands for accountability.

The AFSPA was imposed in Assam in November 1990. On January 1, 2022, the Assam CM stated: “As far as AFSPA is concerned, Assam will see some rationalising in 2022 … how and when we don’t know. But I am an optimistic man. We are looking at 2022 as a year of hope. There will be some positive moments regarding AFSPA.” On February 28, 2022, the Government of Assam once again declared the entire state of Assam as a Disturbed Area for a further period of six months.

In the Imphal Valley in Manipur, one could perhaps metaphysically partially ascribe the public attitude towards the AFSPA to the duality in the Vaishnavite faith that permeates Meitei life. The repeal of the AFSPA is certainly an issue of discussion in the public discourse. Yet, when it comes to taking the bull by the horns, all earthly rationalisation fails.

The fractiousness of Manipuri political parties and formations was evident when they turned their backs on civil rights activist Irom Chanu Sharmila. Sharmila had been on a hunger strike from 2000 to 2016 to demand the repeal of AFSPA and justice for 10 civilians killed by security forces in Malom in 2000. She lost her electoral deposit when she ended her strike and contested state assembly elections in 2017 with the repeal of AFSPA as her main agenda.

It is even more difficult to fathom the ambivalence of the Nagas in the hills. Mainly Baptist Christians, the Tangkhuls amongst them were the bedrock of Naga armed struggle. The Government of India perhaps lives in the hope that when T. Muivah is no longer on the scene, they will be able to reconcile the Tangkhuls with a measure of autonomy that seems to have satisfied the Naga tribes within Nagaland. The 89-year-old leader of the National Socialist Council of Nagaland-Isak Muivah (NSCN-IM) is not in the best of health and is currently at a hospital in Dimapur.

The Kukis, who constitute 30 percent of the state’s population, are happy to go along with the diktats of the Indian state as long as government subsidies reach them in time.

The Kukis too have periodically suffered under the AFSPA. On the night of June 4, 2021, a 29-year-old civilian and father of four, identified as Mangboilal Lhouvum of Chalwa village in T Waichong sub-division of Kangpokpi, was found shot dead. The alleged perpetrator was Major Alok Sathe, post commander of 44 Assam Rifles [AR]. Enraged men and women of Twilang area stormed the 44 AR outpost and torched two vehicles. Later, two burnt AK rifles were found inside one of the vehicles.

The terms of the purported agreement included the initiation of an investigation of the June 4 incident by the police and the removal or replacement of the 44 AR Company at Banglabung Outpost after approval from Army Headquarters in New Delhi. The document also demanded that a fully functional armed police station of the Manipur police be set up in the area with a minimum strength of 40 personnel, and that compensation be paid by the Assam Rifles to the family of the victim.

Between 2016 and 2021, the Manipur government has not initiated a single investigation in the alleged fake encounter cases and the union government had denied sanction to prosecute the cases being investigated by other agencies on the directions of the Supreme Court.

The ‘agreement’ was signed by the Commander, 22 Sector AR, Brig. P.S. Arora, the Additional Director General of Police, the general secretary of the Kuki Inpi Kangpokpi, Kipgen, the general secretary of the Kuki Student’s Organizations Sadar Hills, Thangtinlen Haokip, the Sub Divisional Officer, T. Waichong, and the Twilang Area Kuki Chiefs’ Association. Needless to say, when the matter reached the high court, it was held that the accused Major was covered by the immunity clauses of the AFSPA.

In addition to the ruling Bharatiya Janata Party [BJP] in Manipur, almost all the political parties, including the BJP’s state allies, have supported the withdrawal of the AFSPA from the state. However, this matters little as the 1972 amendment to the AFSPA allows for the imposition of the AFSPA by notifying an area as “disturbed” directly by the union government without the consent of the state government.

In Manipur the AFSPA lapsed on November 30, 2021. It was not renewed until January 8, 2022. This, after prodding by the union government. The extension was for a year, contrary to the recommendation of the Supreme Court that each extension should not last longer than six months.

Manipur CM N. Biren Singh said that while the people of Manipur, including himself, wanted the AFSPA withdrawn, “national security” was the higher priority. The “ground situation” needed to be assessed, he said, pointing to the turmoil in neighbouring Myanmar that had led to the movement of few Myanmar nationals to Manipur. A much larger number went to the state of Mizoram.

Mizoram shares a longer and more porous border with Myanmar but it has clearly not felt the need to re-impose AFSPA, which was fully withdrawn from the state in 1986.

In Manipur, the AFSPA is applied to the entire state barring the state capital Imphal and its surrounding areas. The BJP draws its strength and support from the Meitei-dominated Imphal Valley and bagged 75 per cent of its seats in 2017 from this area. All but two of its 21 legislators then elected on its ticket are Meiteis. Its constituency remains relatively unaffected by the AFSPA in its current form.

In July 2016, in a landmark judgment, the Supreme Court had ordered the investigation of 1,528 cases of alleged fake encounters, a euphemism for extrajudicial executions, by the Manipur Police and the Assam Rifles in Manipur over the last 20 years.

The Extrajudicial Execution Victim Families Association, a Manipur-based civil society organization, has pointed out that between 2016 and 2021, the state government has not initiated a single investigation in the alleged fake encounter cases and the union government had denied sanction to prosecute the cases being investigated by other agencies on the directions of the Supreme Court.

In February 2022, Agatha Sangma, a Member of Parliament from the Tula constituency of Meghalaya demanded the repeal of the AFSPA, stating, “There are Naxal areas in the country as well. But why does AFSPA apply only to J&K and the North East… I understand the needs of the security personnel but it cannot come at the cost of human rights.”

Earlier, though Meghalaya is not notified as a “disturbed area,” AFSPA allows army personnel located in neighbouring states to conduct operations within 20 kilometres of the state border. On November 25, 2015, the Gurkha Regiment stationed in Assam’s Rangjuli town shot dead two unarmed civilians, a few kilometres from Kharkutta Bazaar in the Garo Hills area of Meghalaya.

In Arunachal Pradesh, the AFSPA is effective in the three districts of Tirap, Changlang and Longding. The Act is also currently in force in the regions falling within the jurisdiction of two police stations of Arunachal Pradesh districts bordering the state of Assam.

Tripura withdrew AFSPA in 2015 under the then Left front government. It had been in force there since 1997.

Signpost of an ugly truth

The 2006 Kakopathar killings in Assam, the 2018 Bomdila incident and the Longding killing in 2020 in Arunachal Pradesh, the strafing from the air in 1966 in Aizawl, Mizoram, the killing of two unarmed civilians near Kharkutta Bazaar in the Garo Hills area in Meghalaya in 2015, Operation Bluebird in Oinam in 1987 and the Malom killings in 2000 in Manipur, are all part of a long list, to which Oting was only the latest entry.

Periodic massacres, little domestic concern, and inadequate international scrutiny are signposts that belie the lie that we are a civilian democracy.