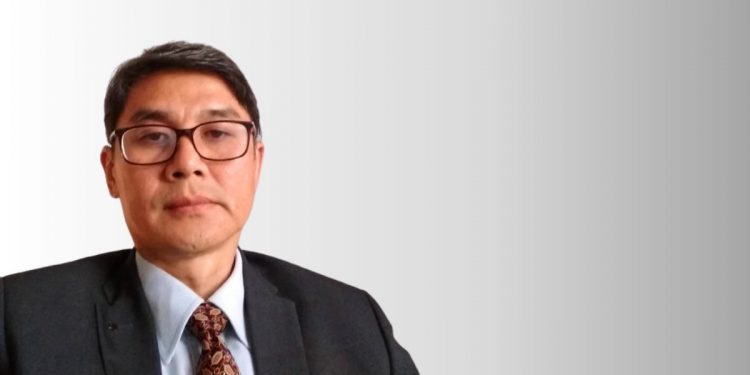 THE massacre of six coal miners and nine civilians at Oting village in Mon district, Nagaland has led to outrage against the impunity of soldiers in the North-eastern states under the Armed Forces (Special Powers) Act, or AFSPA. Two Chief Ministers – Conrad Sangma of Meghalaya and Neiphiu Rio of Nagaland – have immediately urged the repeal of AFSPA, which remains operational in Assam, Nagaland, Manipur (excluding the Imphal Municipal Council area), three districts of Arunachal Pradesh, and areas falling within the jurisdiction of eight police stations of the latter state bordering Assam.

Section 6 of AFSPA says no prosecution, suit or other legal proceeding shall be instituted, except with the previous sanction of the union government, against any person in respect of anything done or purported to be done in exercise of the powers conferred by the Act.

Section 4(a) gives special powers to any commissioned officer, warrant officer, non-commissioned officer or any other person of equivalent rank in the armed forces in a “disturbed area”, if he is of opinion that it is necessary to do so for the maintenance of public order, after giving such due warning as he may consider necessary, to fire upon or otherwise use force, even to the causing of death, against any person who is acting in contravention of any law or order for the time being in force in that area prohibiting the assembly of five or more persons or the carrying of weapons or of things capable of being used as weapons or of fire-arms, ammunition or explosive substances.

The Union Home Minister, Amit Shah stated in Parliament on December 6 that the incident took place because the vehicle carrying the victims refused to stop, when asked to do so – a statement without any basis whatsoever, and which contradicted the Centre’s claim that it regretted what had happened.

The Leaflet’s Editor V.VENKATESAN sought to know from Babloo Loitongbam, lawyer, anthropologist, and human rights activist, the implications of the Oting massacre. As the Executive Director of Human Rights Alert (HRA), Loitongbam has painstakingly documented hundreds of cases of human rights violations by the security forces. In 2000, HRA conducted an independent people’s commission of inquiry into the prolonged impact of AFSPA on the people, which the Supreme Court completely ignored in its ruling that upheld AFSPA.

Excerpts from the interview:

TL: How do you think justice can be seen to be done after the Oting massacre of innocent civilians?
Ans: Yes, it can be done if there is a political will to do justice. But this is a scarce commodity in the political landscape of India today. Certain pertinent questions can be asked. A Special Investigation Team (SIT) has been constituted by the Nagaland Government to investigate the incident. It is headed by Sandep M Tamgadge, ADGP (Additional Director General of Police), Law and Order. Will the perpetrators of the killing, the Army, cooperate with the investigation? If they do and if the SIT submits the final report, which we hope would be a charge sheet against the Army personnel, will the Union Government grant prosecution sanction?

In the Extra Judicial Execution Victim Families Association (EEVFAM) case involving 1,528 extra-judicial killings by the police and security forces in Manipur, thanks to Supreme Court’s intervention, the CBI (Central Bureau of Investigation) found the armed forces of the union involved in the unlawful killing of the civilians in at least six of the 30 cases in which it has completed investigation. But the union government has denied prosecution sanction in all six.

Will the perpetrators of the killing, the Army, cooperate with the investigation? If they do and if the SIT submits the final report, which we hope would be a charge sheet against the Army personnel, will the Union Government grant prosecution sanction?

TL: What steps can be taken to ensure that the failure of intelligence that led to the recent killings in Nagaland does not recur again?
Ans: The local administration and police who have local knowledge should be involved.

TL: It is said that in counter-insurgency operations, such incidents are unavoidable. Your comments.
Ans: It is avoidable if there is accountability on the use of lethal force. In Manipur, the politicians used to openly say that there was no other option than to kill these fellows till 2012 when we went to the Supreme Court with the EEVFAM public interest litigation and the process of accountability kicked in, the killings stopped and violence on both sides came down substantially. In 2009, we recorded about 500 killings; now it is almost zero for the last seven years.

TL: Can repeal of AFSPA help to avoid such incidents? Under AFSPA, is there any bar on charging soldiers, and putting them behind bars for killing non-combatant civilians?
Ans: Repeal of AFSPA can certainly help to ensure accountability of the army. Soldiers use the impunity provided under section 6 of AFSPA to shield themselves from prosecution.

TL: Can you throw light on past inquiries into similar incidents? Did they help to discipline the forces? If not, why?
Ans: Inquiries have resulted only in interim compensation to the families. Criminal investigations are very rare, but even when it happens and the evidence gathered shows that the soldiers were involved in the killings, section 6 of AFSPA requires that prior sanction should be taken from the union government to prosecute the soldier. The union government never granted prosecution sanction to do so.

When we went to the Supreme Court with the EEVFAM public interest litigation and the process of accountability kicked in, the killings stopped and violence on both sides came down substantially. In 2009, we recorded about 500 killings; now it is almost zero for the last seven years.

I have tried to persuade the courts that unlawful killings cannot be protected by AFSPA as it is done outside of the army’s official duty. The Chief Judicial Magistrate (CJM) of Imphal West, for instance, has sent a reference case to the High Court of Manipur to clarify the legal position on this point. The matter is still pending in the High Court. (On February 24, CJM, Imphal West, while hearing the CBI’s final report on the death in 2004 in army custody of Pheiroijam Sanajit, a relative of the then Minister of food and civil supplies, Manipur, Pheiroijam Parijat Singh, noted the Union Defence Ministry’s objection to its jurisdiction to hear the case. The CJM had earlier issued show-cause notice as to why prosecution sanction should not be granted for prosecuting the accused in the case. The CBI had found four army personnel liable for prosecution in this case).

TL: How many times has the Centre denied prosecution sanction under AFSPA? Has it ever been challenged in a court of law?
Ans: It has always been denied. We have six cases with us now. I have not come across any cases where it has been granted till date. The position we are taking is that AFSPA cannot be a shield on illegal activities and unlawful killing is by definition illegal.

TL: What was the outcome of the inquiry into the Manipur Malom massacre in 2000? Were any lessons learnt?
Ans: Families of the Malom Massacre filed a writ petition in the Guwahati High Court. On the intervention of the High Court, the District and Sessions Judge conducted a judicial inquiry. The inquiry found prima facie merit in the case and the High Court granted interim compensation of Rs.5 lakhs each to the families.

This is also one of the 39 cases out of the 1,528 cases that the Supreme Court has asked the CBI to investigate. The investigation should have been completed by December 2018 as per the Supreme Court’s order, but CBI has not submitted the Final Report to the Magistrate in Manipur to date.